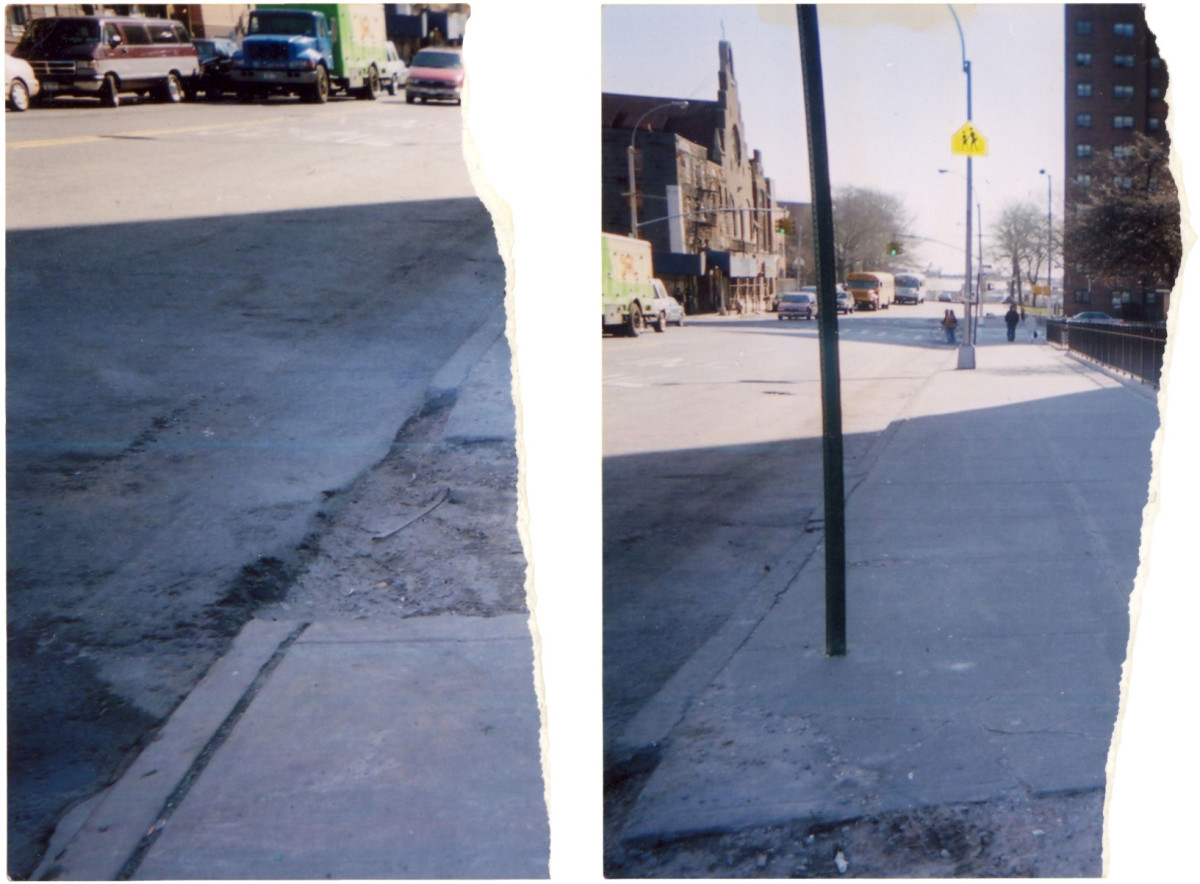 Any asshole can open up a museum
Put all of the things he loves on display
So everyone could see them
The house, a car, a thoughtful wife
Ordinary moments in his ordinary life
- Rilo Kiley, It's a Hit, 2004

It’s a Hit, the opening track from Rilo Kiley’s More Adventurous (2004) is a vehement and witty attack on George W. Bush: “a sheep in wolf’s clothing, a smoking-gun-holding ape.” While preparing to write this article, the song surfaced thanks to the shuffle function of my favourite archive device – the iPod – reminding me how the displays of everyday life, which are increasingly becoming the stuff of archives and collections, often perform ordinariness for political effect.

Much recent art engaging with archival practices and politics has demonstrated how the vernacular – the visual culture of everyday life – has been taking precedence over more traditionally dominant ideas of what should be collected, and the manner by which it is archived. By implication the archive has shifted from the institutional structures historically used to contain it to a more emotive or affective frame. That is not to say that the sense of wonder expressed in collecting and experienced when gazing over unfamiliar collections is absent from more institutional renderings of the archive, but increasingly archives are being premised on wide-eyed wonder as a driving and defining motivation rather merely a side effect.

In his article Three Uses of Photography, Chris Chapman observes how the contemporary proliferation of digital archives “induces a certain degree of archive anxiety, and poses the theoretical question: what happens if we press DELETE”. Victoria Lynn similarly notes that “with increasing trust in the digital tool for preservation comes an underlying fear that it all could disappear in an instant”. While the digital realm induces an anxiety of disappearance, analogue archives endure, especially in vernacular permutations, and signal new possibilities through the convergence of analogue with digital media.

But perhaps the real anxiety here is not so much about the possibility of archival loss as the perpetual reconfiguring of gain. Acquisition will always complicate the archive especially in its vernacular form because, in doing so, fresh connections will be forged suggesting new trajectories for a collection and possible archival offshoots. A collection, after all, is never complete, at least not as long as memory partitions – both real and digital – can be increased to accommodate it.

Various art projects show how archival practices have been for some time taking a vernacular turn, perhaps making custodians of the archive ‘proper’ anxious in their wake. US artist Susan Schwartzenberg’s Becoming Citizens: Family Life and the Politics of Disability (2005) is one such project that blurs official and vernacular histories through an engagement with family photo archives. Schwartzenberg interviewed 13 families in Seattle who raised children with disabilities from 1940 to 1980. The artist used family photos to fuse the experiences of disability with the broader cultural ideologies used to compartmentalise and comprehend the disabled. According to Schwatzenberg, each home was “an informal archive of past and present intermingled... Central to my investigation was the piecing together of a history from the material in these archives, situating individual stories in the context of broader historical processes.”

While Schwartzenberg uses vernacular images sourced from the home, Joachim Schmid uses photos found in the street. For over 20 years, Schmid has been a connoisseur of photographic trash, rescuing, classifying and archiving photographic images for his series Pictures from the Street (1982-2012) and Archiv (1986-1995). Primarily comprised of family snaps, each image forms what he calls an “anti-museum” of photos caked in foul odours seemingly unworthy of preservation, and at which an official museum curator might turn up their nose. Jean-Pierre Jeunet’s film Amelie (2001) adopts this idea showing oddball collector Nino (Mathieu Kassovitz) scavenging for photo-booth snaps torn up and discarded by their owners, only to reassemble them to make, as one character remarks, “some family album!”

The invention of vernacular photo archives sourced from history’s trash heap also informs the performance work of the Trachtenburg Family Slideshow Players. Using anonymous vintage slide collections purchased at estate sales, thrift stores and auctions, the family trio perform songs based on their idiosyncratic interpretation of narratives apparent in the slides. Aligning the archive with tour bus and stage rather than dusty storage units and family attics, the Trachtenburgs reinvent personal history while paying homage to obsolete photo formats like the 35mm slide. Similarly, in her ongoing project Slide Show Land (2002-), Elvis Richardson takes old transparencies sourced from the memory machine of eBay, staging them in gallery settings where viewers can scrutinise their projected intricacies, delighting in the wonder of such taxonomic translucence.

eBay is certainly the archive of the now. The 2004 advertising campaign for eBay was accompanied by the voiceover “What if nothing was ever forgotten? What if nothing was ever lost?” – showing how eBay prides itself as a virtual archive where vernacular stories and memories are offered for sale through the listing of pop-culture minutiae. According to Zoe Trodd, eBay’s “shifting and dynamic archive is a storied store that renews the old cabinet of curiosities’ archival tradition”. Artist John Freyer was happy to momentarily ‘forget’ his stuff when he initiated All My Life for Sale (2001). Meticulously cataloguing everything from his personal photographs to canned food, Freyer auctioned it all on eBay, making enough money to travel to where his objects ended up. Photo documenting the reunion with his stuff in its new owners’ abodes, Freyer ambitiously presented an archive dispersed geographically, but reconstructed for posterity in the photographic book published about the project. In a sense, Freyer’s work echoes Michael Landy’s Break Down (2001). which saw the artist directing workers on a production line to catalogue and destroy his 7,226 personal possessions, including of course the family photos. All that exists of his stuff today is the documentation taken as it became Landy landfill... Press DELETE.

Ten years before these artistic explorations of the archive, Photofile engaged with the theme in an issue edited by Martin Thomas entitled Reading Archives (Photofile 37, 1992). Re-reading it today it would appear that academics and artists in the early 1990s may not have anticipated such a vernacular turn. perhaps because they were too busy propping up official museum histories and celebrating postmodern artifice. The issue is dominated by commentary on official Australian photo museum histories, while references are made to performers of the ‘art-chive’ – Tracey Moffatt, Anne Zahalka, Alan Cruickshank and Geoff Parr – whose coolly detached work subverted dominant art and pop culture histories by inserting marginal identities.

But the so-very-nineties postmodern use of archives to critique the past often misses the point of the archive: the sense of wonder, discovery, nostalgia and emotion sutured into collections. The detached irony encoded in pomo cool is at odds with the affective nature of the archive that is suggested by the turn to the vernacular of recent years. Even Moffatt’s more recent work seems to get this. I Made a Camera (2003) and the Early Theft series (2004), playfully reinvented her family photos and memories to enhance the theatrical mythologies of self found in her practice. Archives are still being used for ironic purposes, but the emphasis now is more on connection and, surely in keeping with digital parlance, the ‘interconnectedness’ of images and their users and producers. It no longer seems embarrassing to admit the highly personal and affective ties we have, as viewers and consumers, to the things we collect or re-collect.

Tracey Moffatt, I Made a Camera, 2003
Endnotes

Essay for the 'Archive' issue of Photofile guest edited by Sarah Goffman and Elvis Richardson.