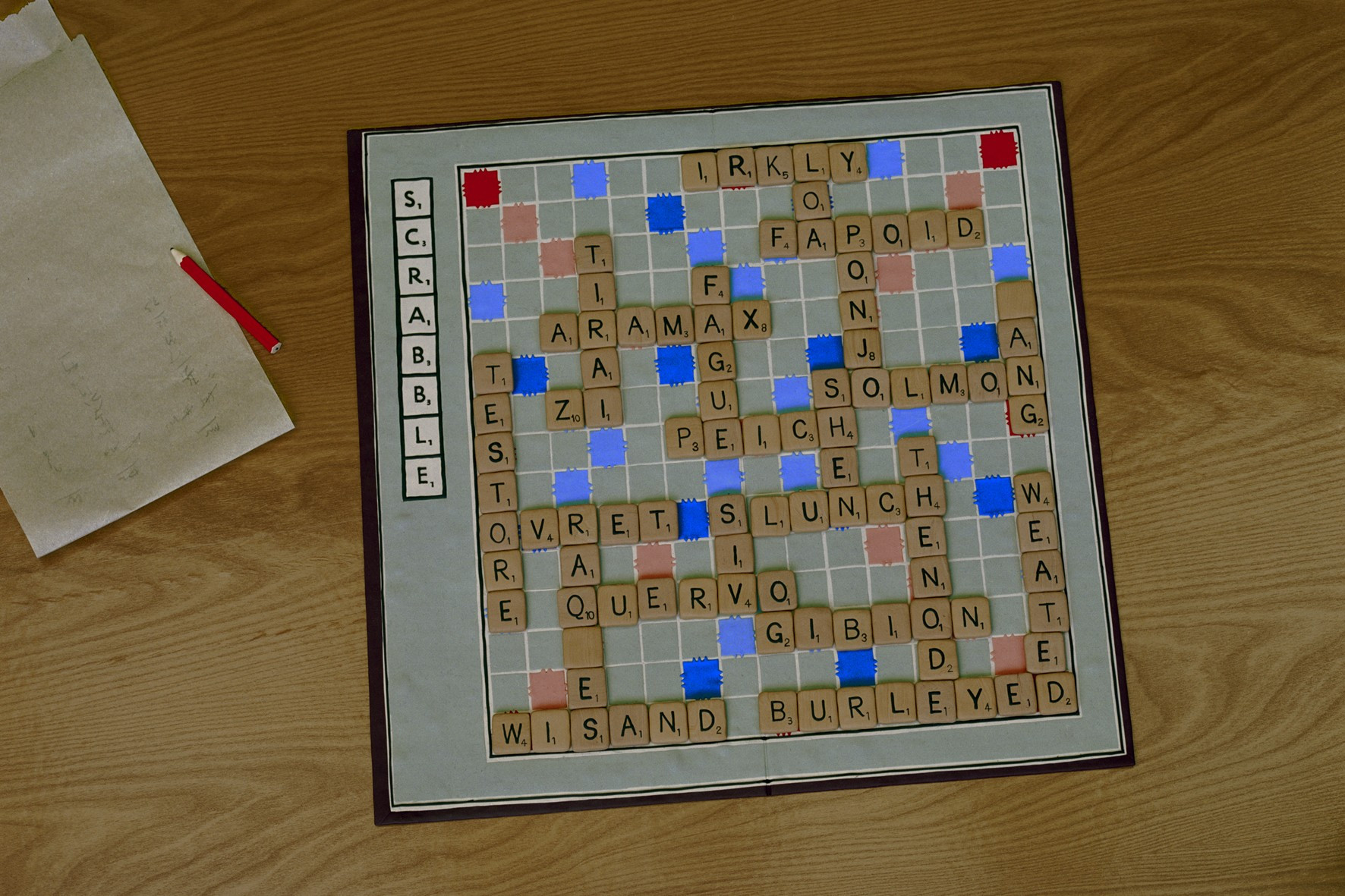 Emma White, Plausible Lies (this is how rumours get started), 2008
Under Stars is the third photographic billboard project for the Hazelhurst gardens and recontextualises photo works by Elaine Campaner (NSW), Patrick Pound (VIC) and Darren Sylvester (VIC) that have been previously exhibited, though not as large-scale billboards. Artist Emma White (NSW) produced her billboard during a recent residency at Hazelhurst in response to the site.

Elaine Campaner’s billboard is a photograph from the series Holiday (2007). Campaner constructs and photographs dioramas from found objects and miniature figurines, applying a painterly eye that elevates everyday household ‘stuff'. Patrick Pound presents Car Comes in and Out from the series Rear-vision (2006) - an instance of Pound’s interest in the discarded and overlooked aspects of everyday urban life.

Forgotten and Alone But Trying (2007) is typical of Darren Sylvester’s use of advertising language to communicate contemporary generational concerns. Depicting a group of people ‘under stars’ looking into the night sky, Sylvester's image is a perfect fit for this garden project.

Emma White’s billboard image was produced while in residency at the Hazelhurst cottage in July. The image she created is a Scrabble board made from polymer modelling clay that was then photographed and reproduced at billboard scale.
Curatorial Essay:
Plausible Lies
Venue: 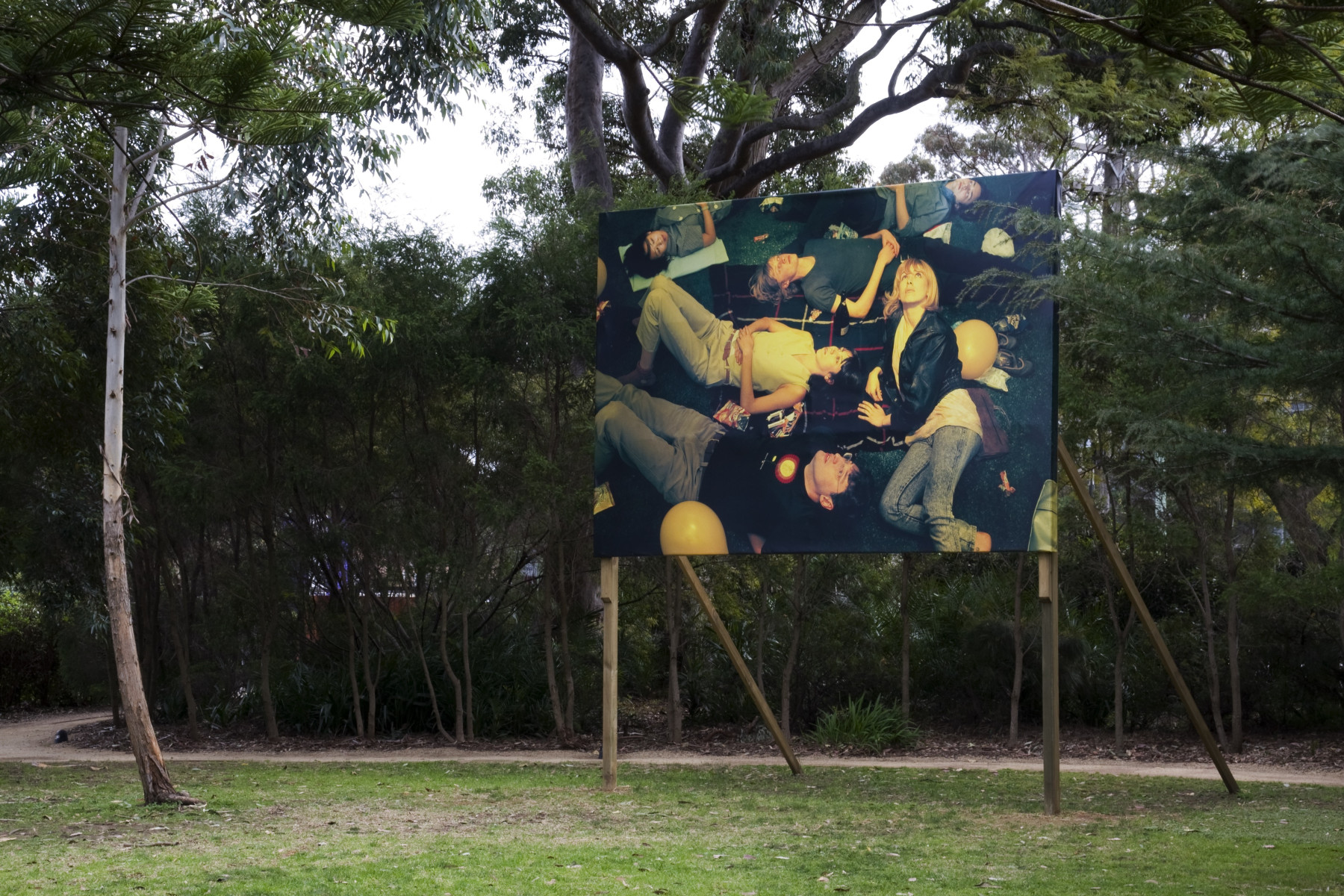 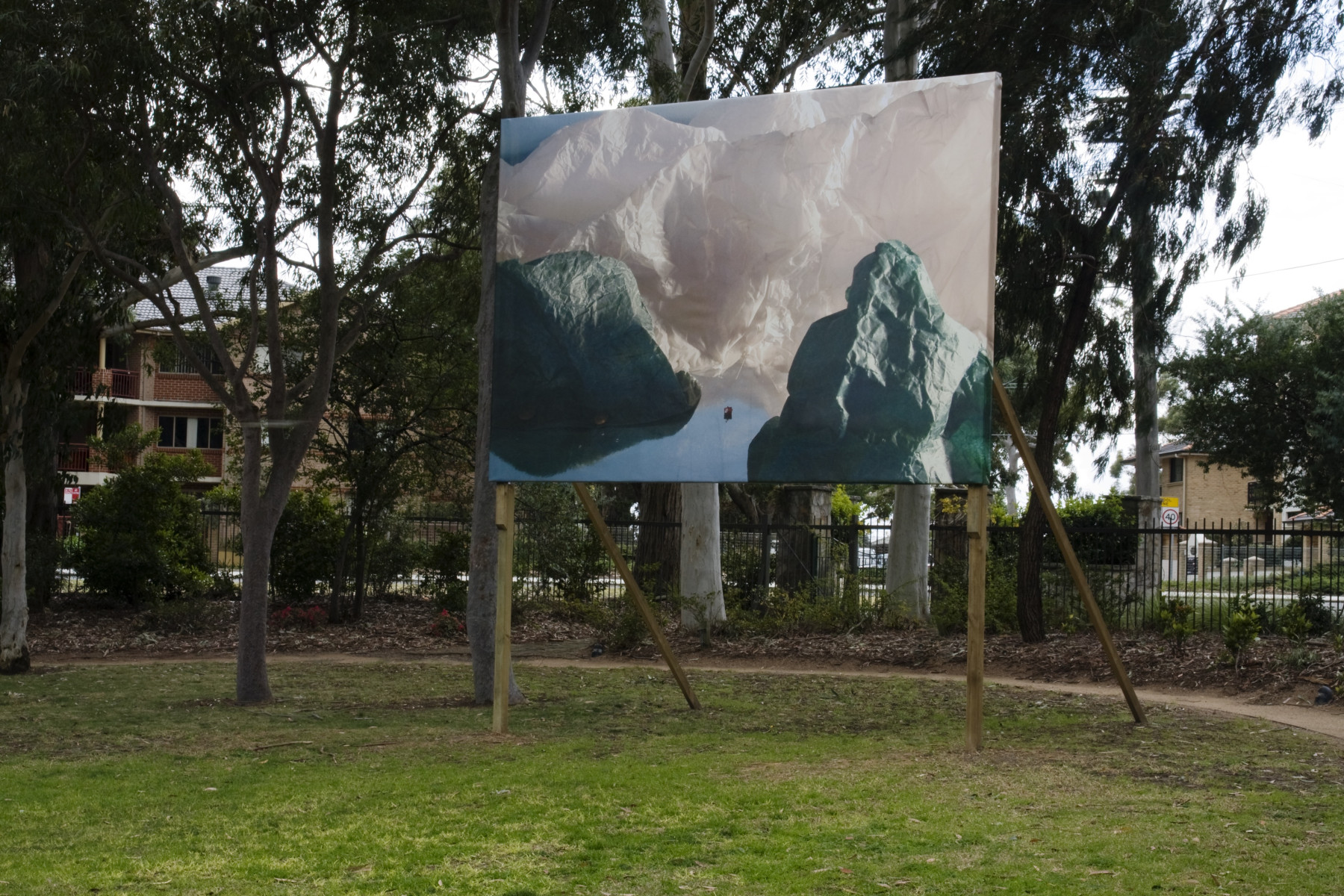 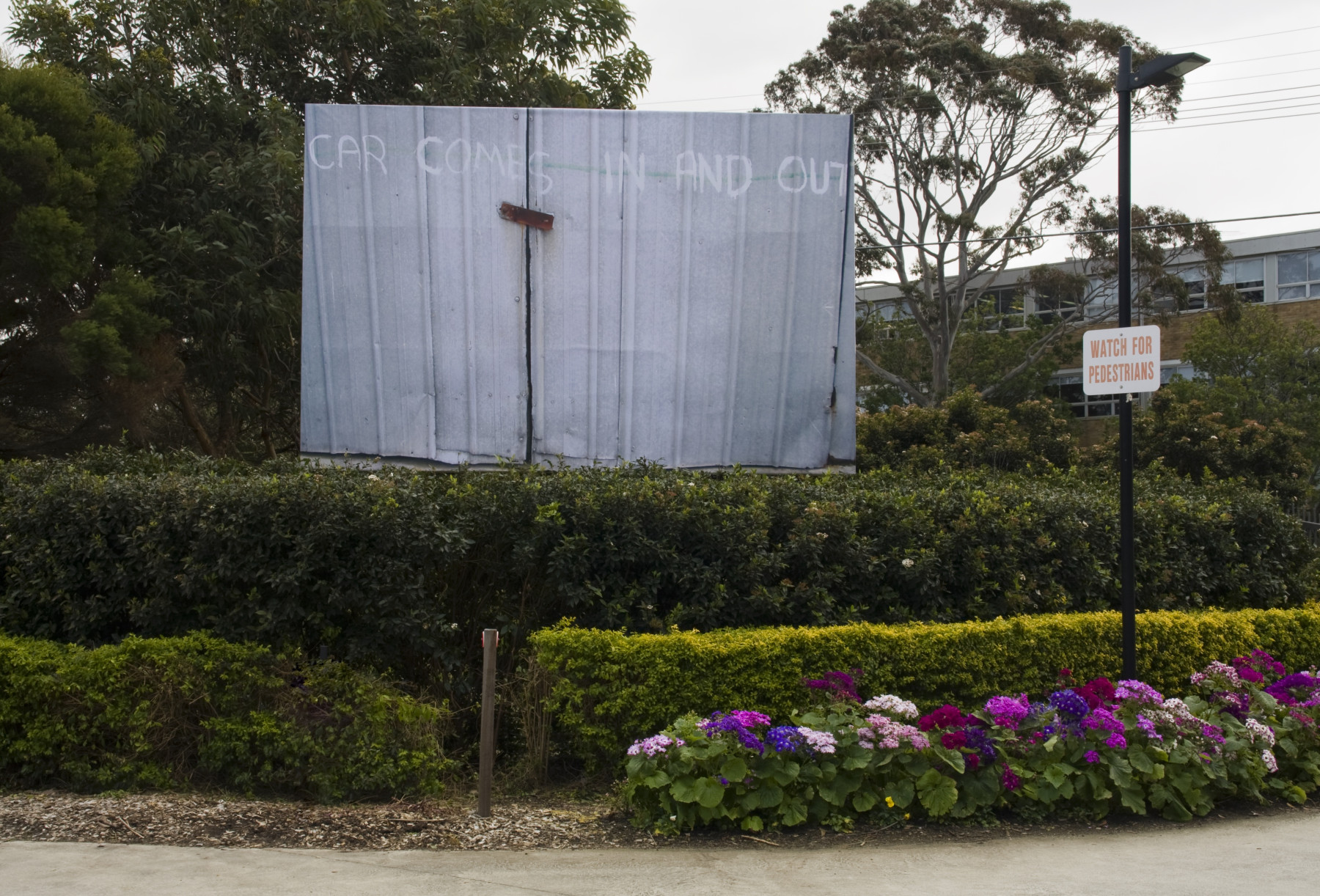 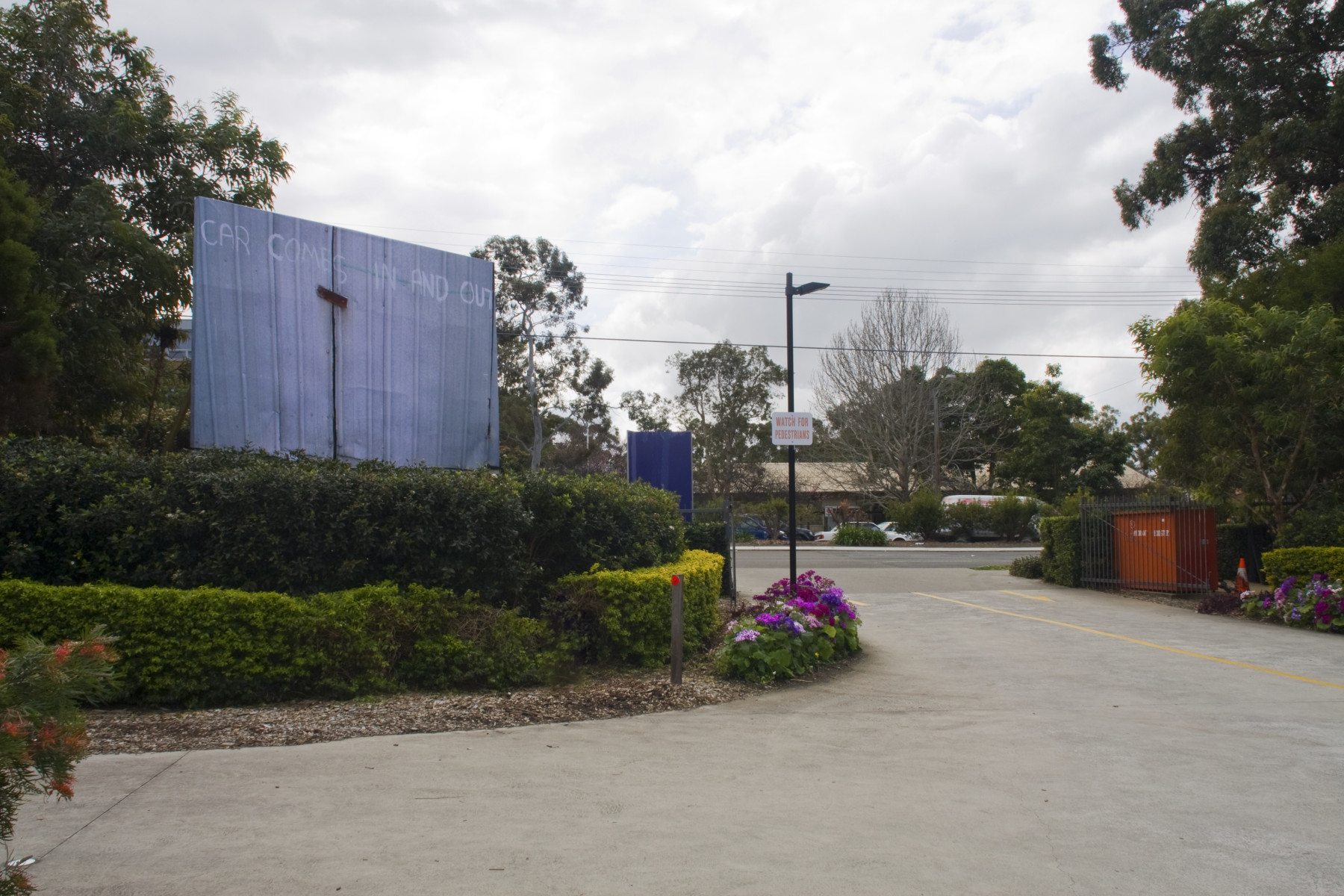 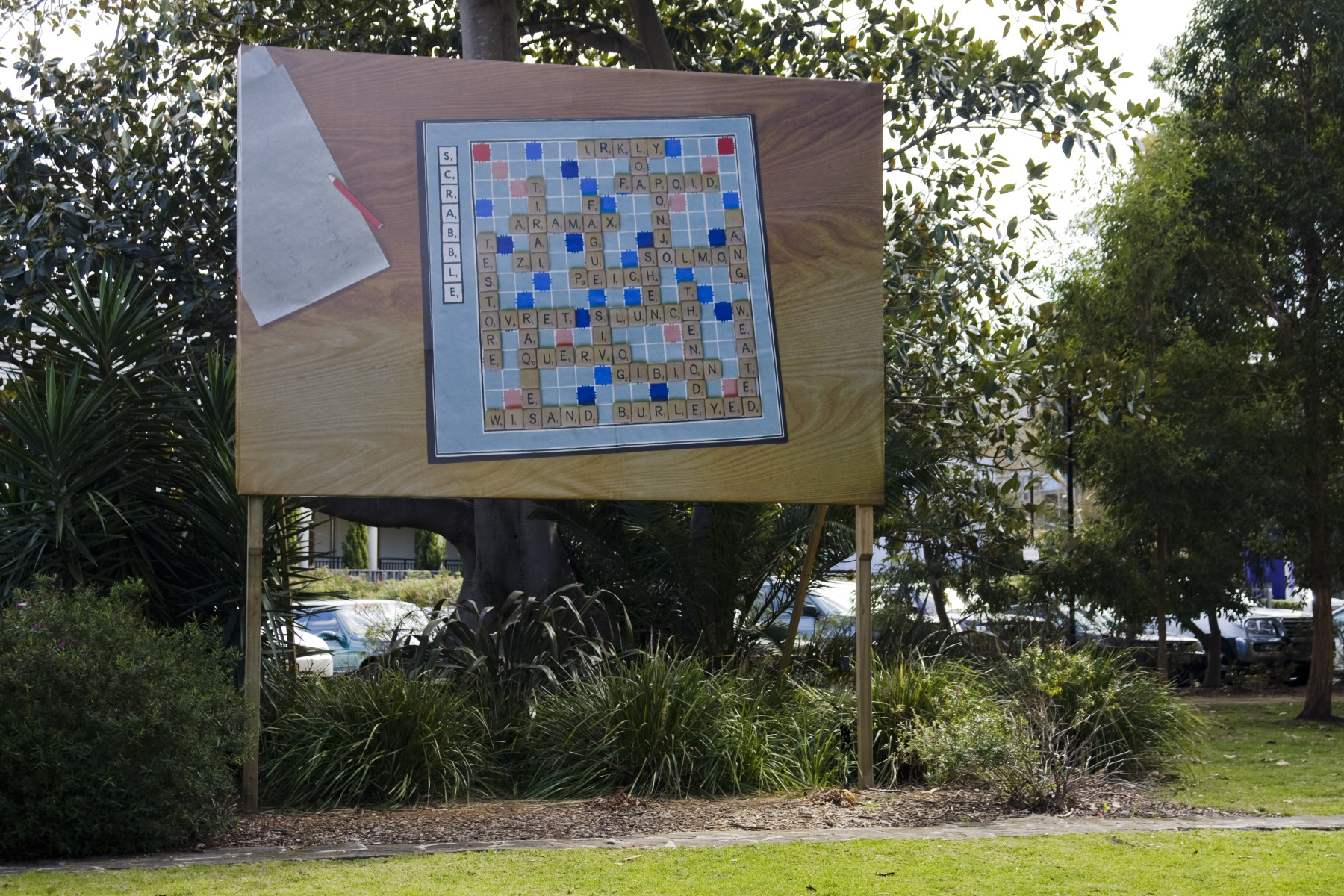 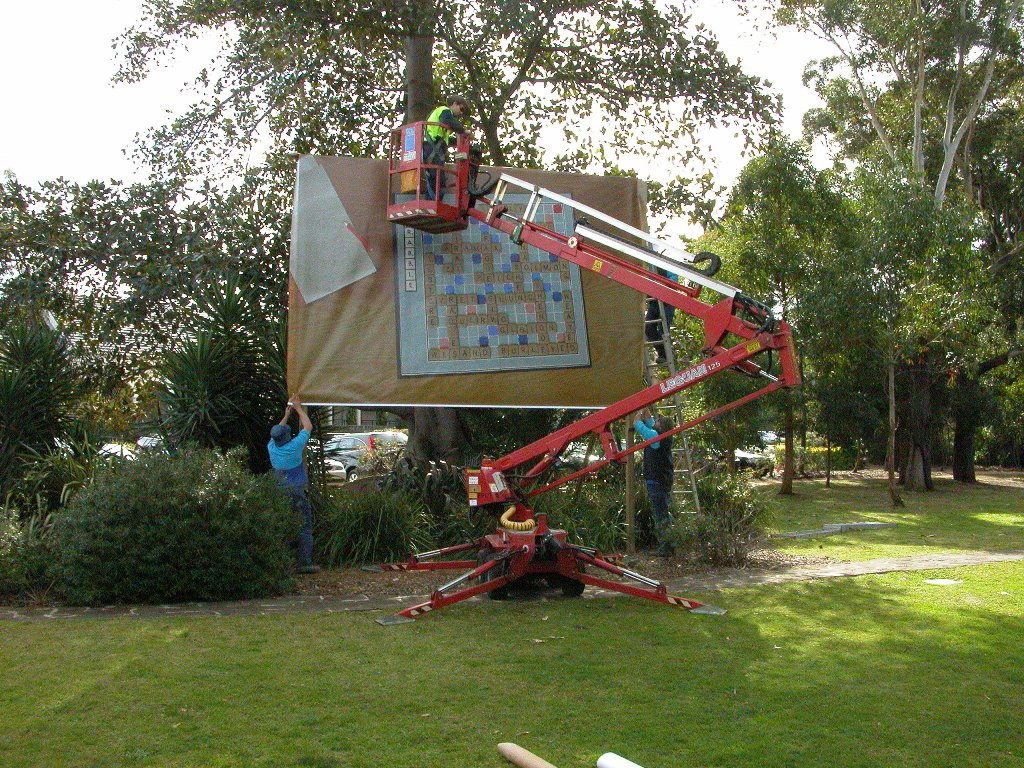 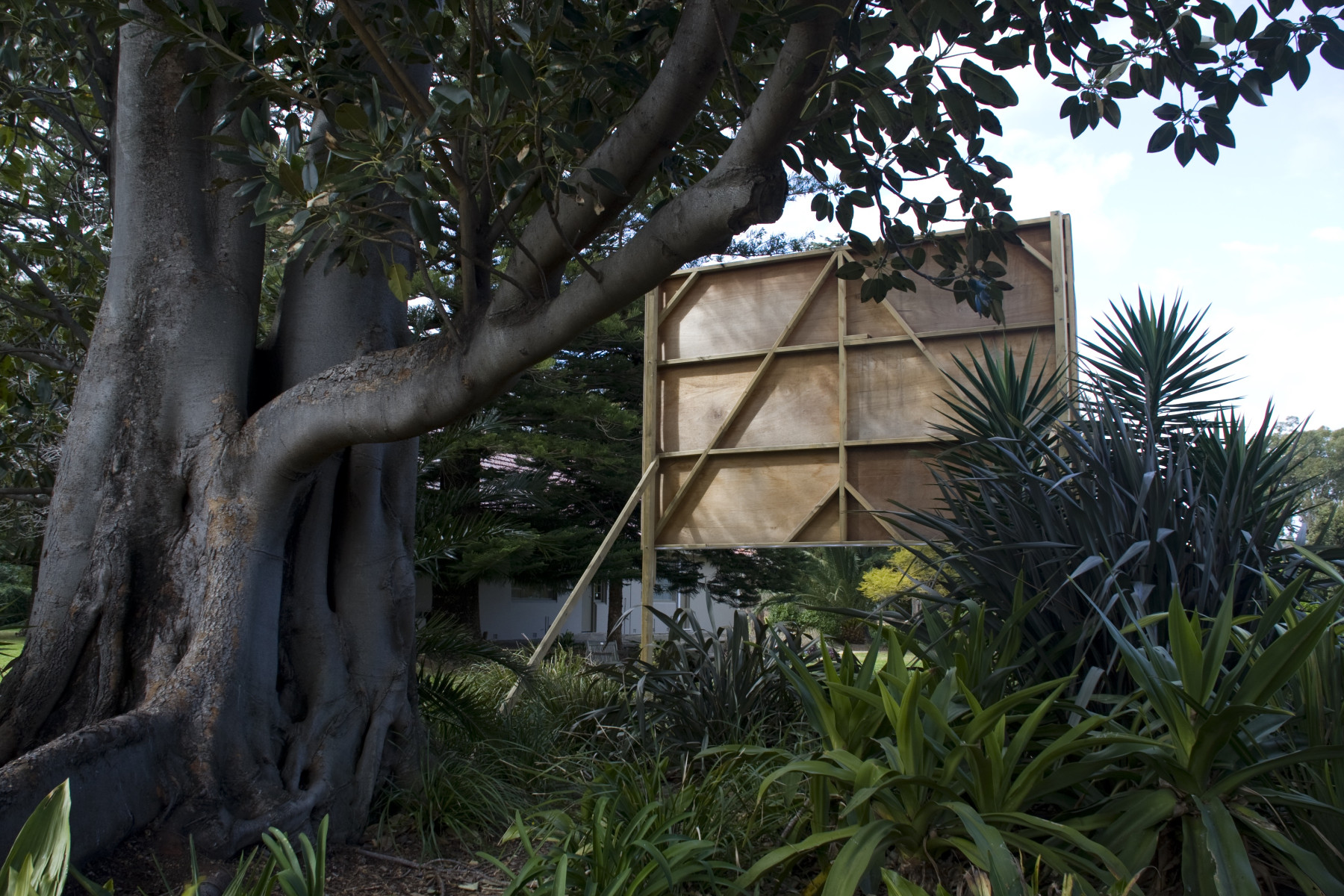 Under Stars, 2008
Photo: Silversalt
Back to curation