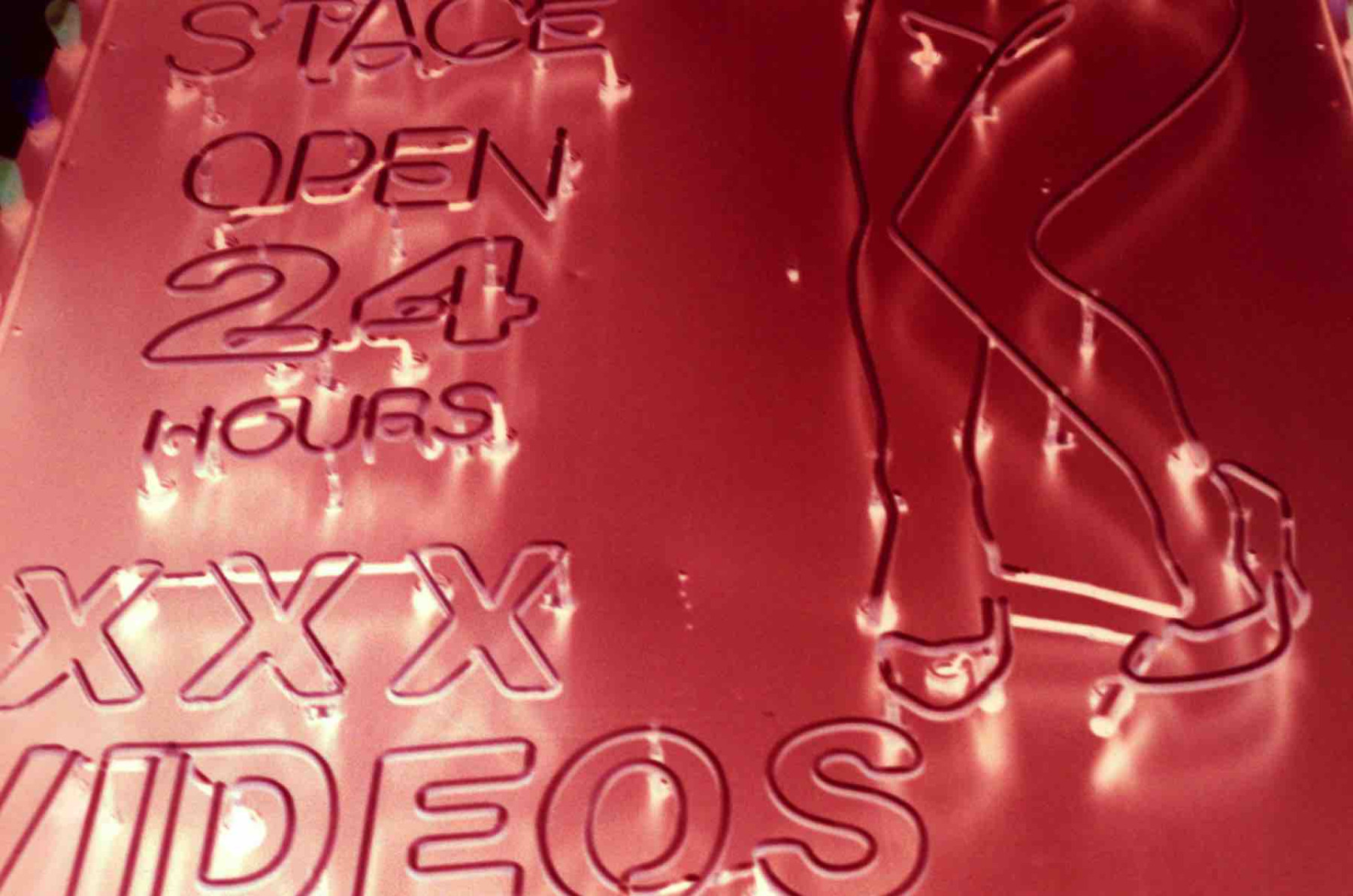 Maria Kozic, Collide-O-Rama, 2009
Maria Kozic’s specially commissioned series of photographic images made for Hazelhurst’s garden billboards, are suggestive of things that spark a connection to a whole story, however elliptical and mysterious they may be as individual images. Kozic documents the discarded, overlooked and taken-for-granted; things that have an intended meaning until transformed into images, where their significance takes you into a whole other world.

In Collide-O-Rama, Kozic constructs a story from images seen at different times and locations but that all have the same resonance of acts involving altercations of a violent and sexual nature. Viewers are encouraged to piece together a narrative from the four billboards so that, like a forensic examination at a crime scene, an emotionally charged story unfolds. Kozic confronts us with transient glimpses of life hidden away, seemingly unnoticed, awaiting ultimate extinction until discovered by the flash of her camera.
Curatorial Essay:
Collide-O-Rama
Venue: 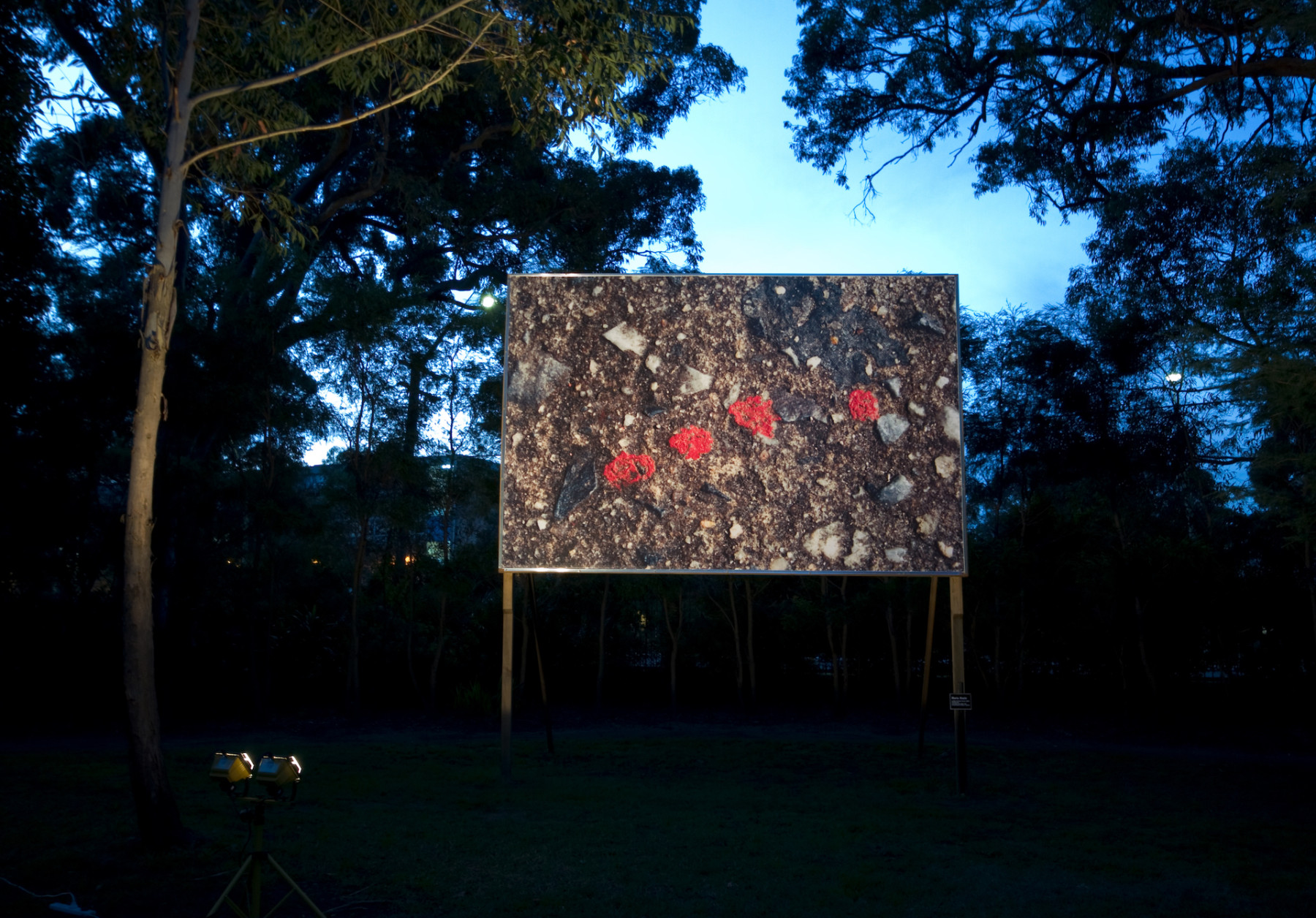 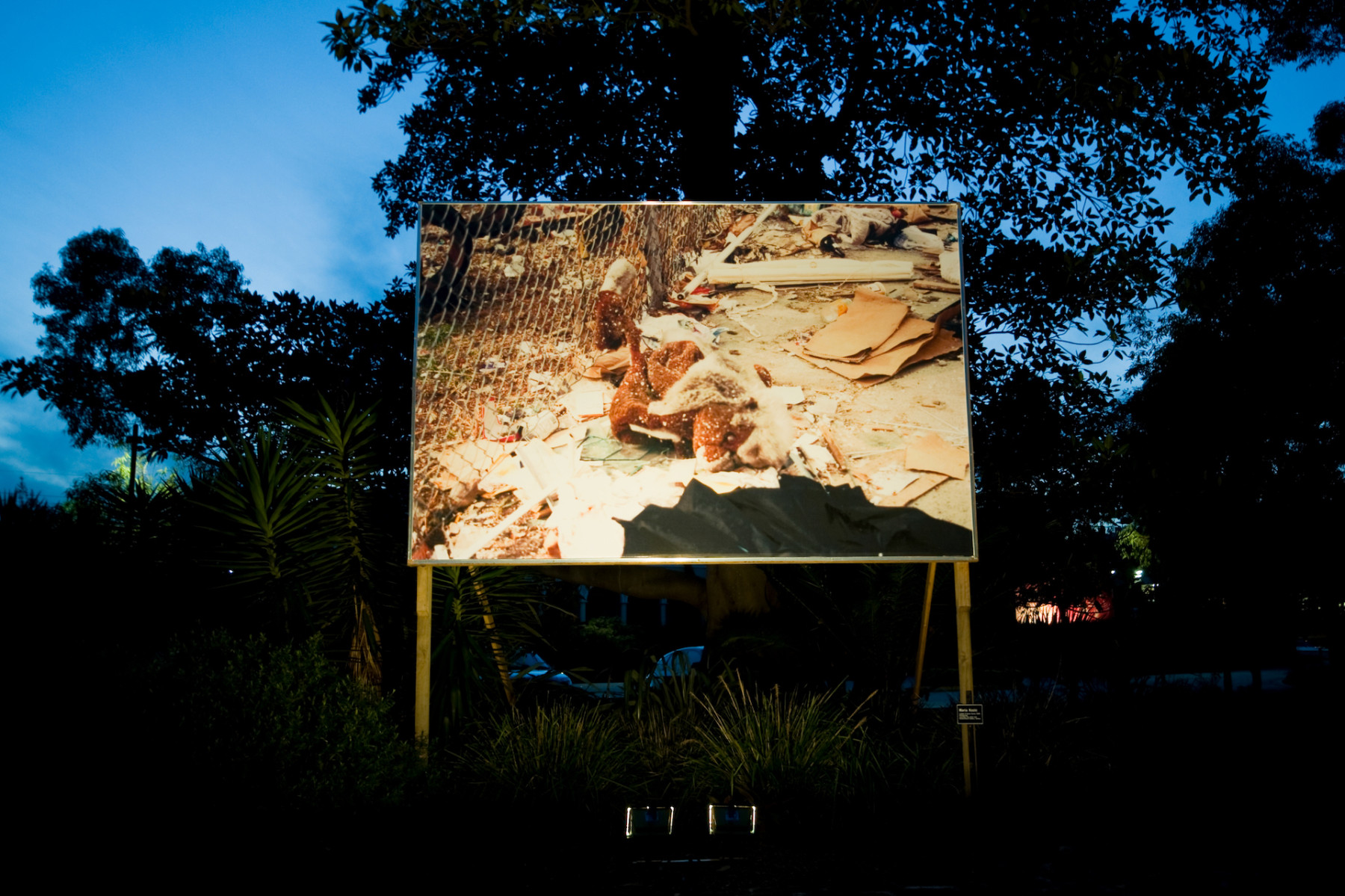 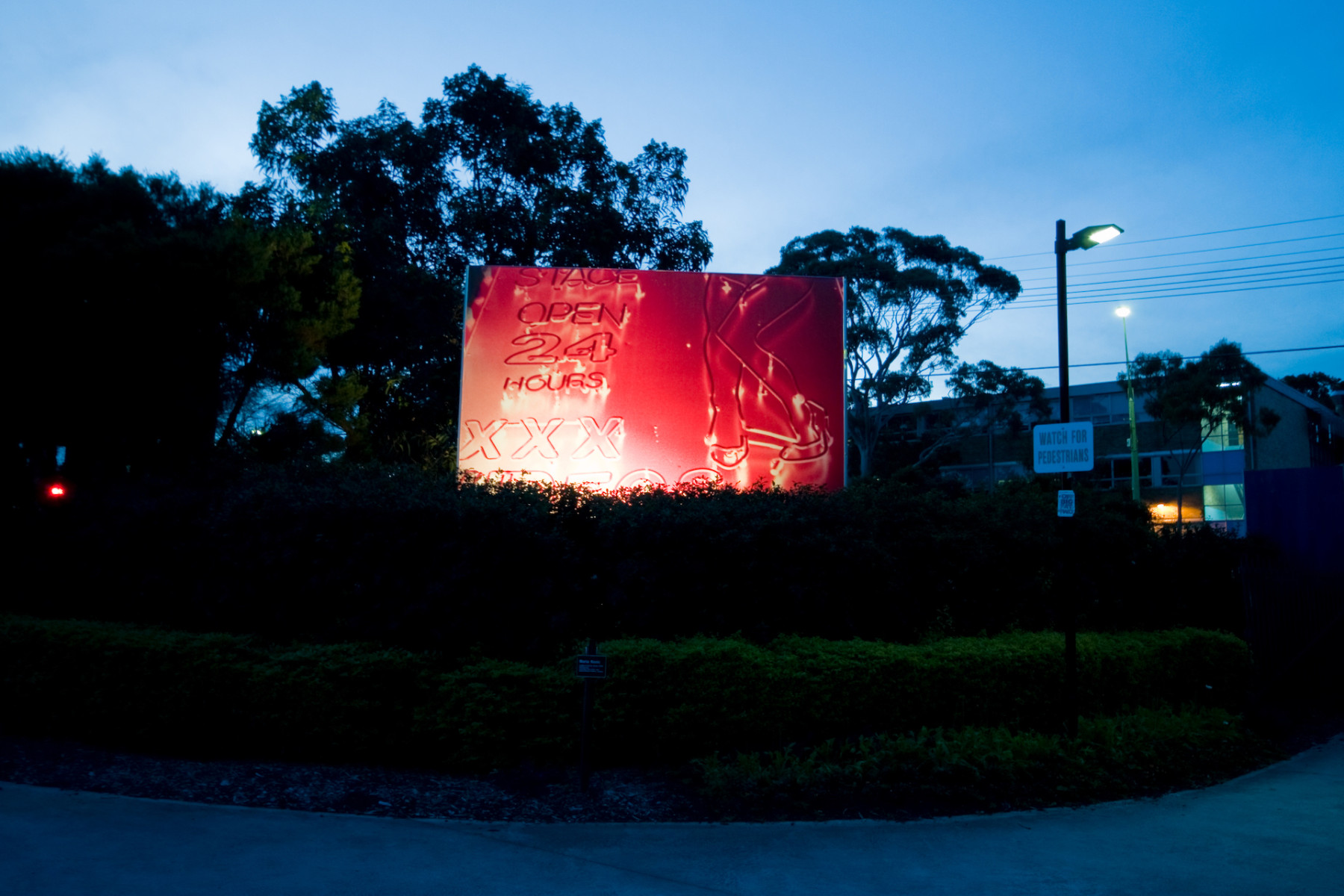 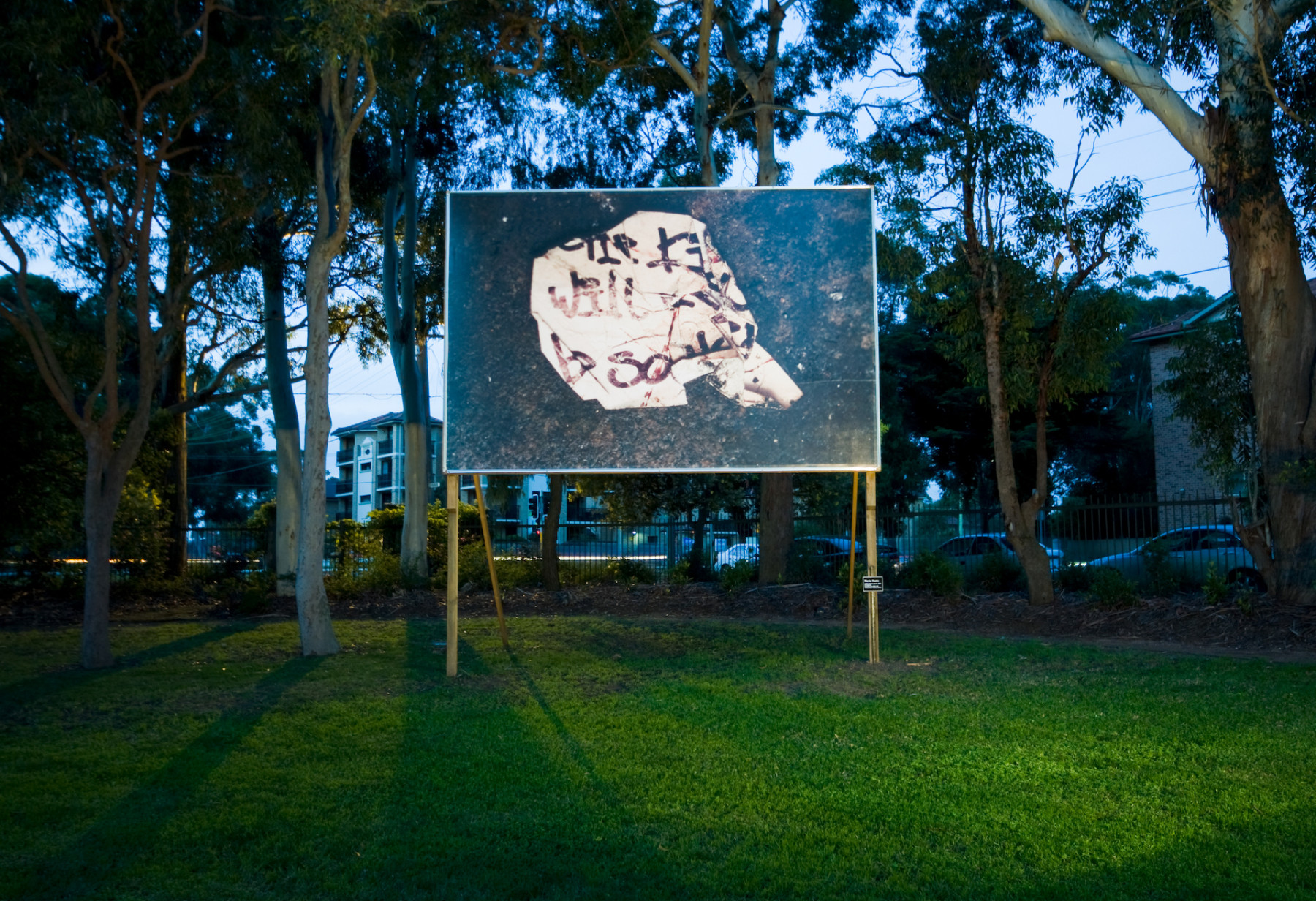