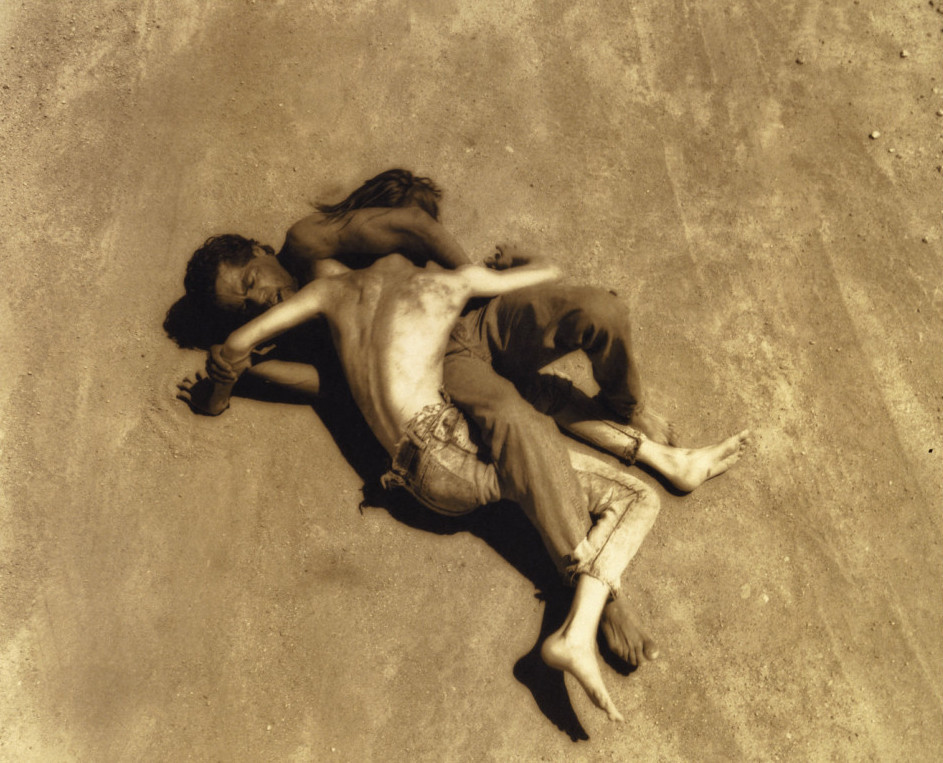 Curated by Wayne Tunnicliffe, Strange Days presents four artists whose imagery recycles the old with the new, the mundane with the strange, all of them rich with cultural reference.

The first of this strange art quartet is Tracey Moffatt’s photo series Up in the Sky (1997). The narrative is cinematic and references cultural material as diverse as Mad Max, David Lynch and Pasolini. Subdued in colour and tone with open-ended narratives, the Australian outback is portrayed like a fictional dreamscape of trouble and desire. Catholic nuns with genocide in mind trade their rosary for an Aboriginal child. A homoerotic duet in dust is performed by two wrestling men.

Pipilotti Rist's video installation Ever is Overall depicts a young woman skipping down an urban street with a phallic flower in hand. In bouts of random ecstasy she wields her floral weapon at parked cars, shattering their windows. In passing, a female police officer nods approvingly. Like a music video on a loop, Rist recreates the spectacle of the everyday through the guise of a sardonic feminist warrior.

Lastly, the strange is made hyper-real by Gregory Crewdson. In an untitled series of photographs, specimens like butterflies and birds are juxtaposed with suburbia and the occasional dismembered body part. Like Moffatt, Walker and Rist, Crewdson blurs elements of daydream with horror to create what Tunnicliffe calls the “paradoxical roles played by fantasy: it pleasurably reinforces the self and yet also threatens the integrity of the human subject”.

Pipilotti Rist, Ever Is Over All, 1997
Collection: MoMA