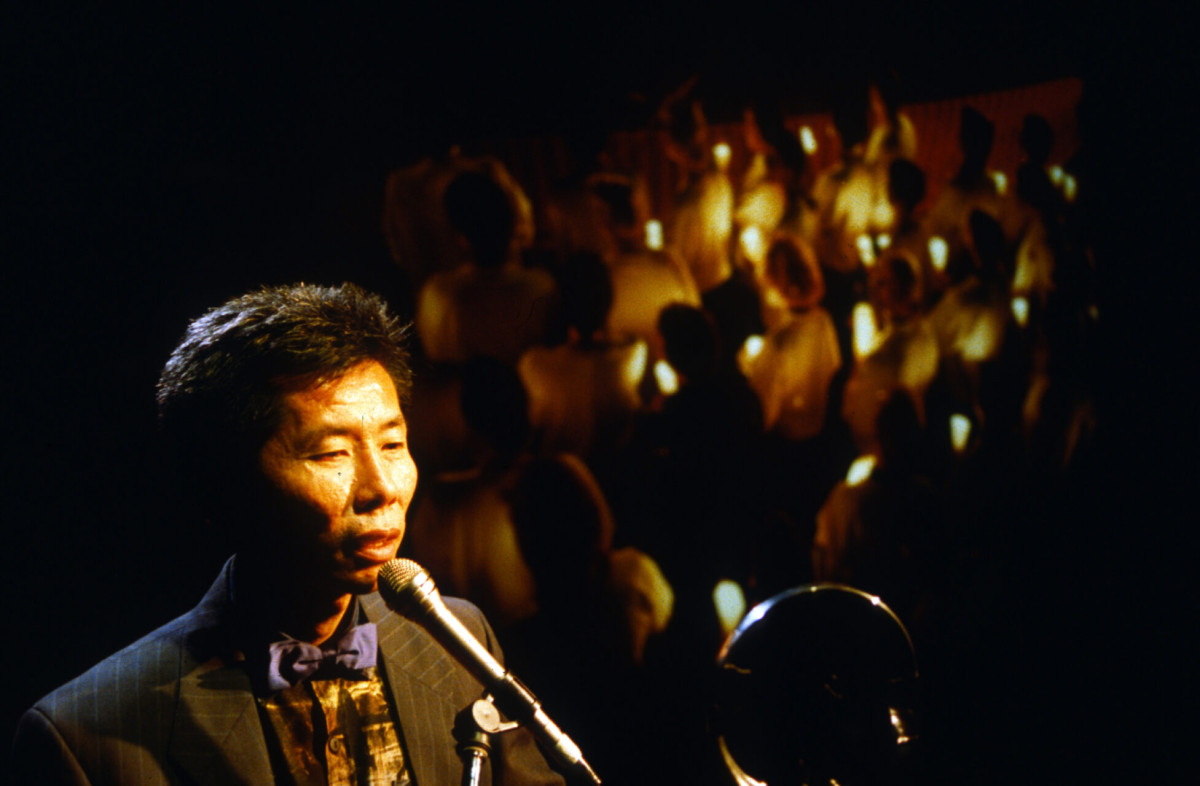 Originally performed as a live monologue, Sadness is William Yang’s autobiographical homage to both his Chinese heritage and friends who have died of AIDS. In a word, Sadness is about identity – both racial and sexual, and how the two seemingly different territories provide scope for identical emotions of grief.

Yang is an award-winning photographer and storyteller whose performance works are intimate slide shows, annotated with personal narratives, provocative insights and atmospheric music.

Director Tony Ayres was drawn to Sadness and decided to adapt it into a television documentary because ‘the common experience of grief in both the Chinese and gay strands of William’s monologue was very strong material. The search for identity and themes like that resonate very much in my own work.’

As a live presentation Sadness is a relatively simple concept, but as a film, Ayres was faced with the difficulty of transcribing very delicate material to the screen. Most of the material about Yang’s friends stays true to its original documentary format of slides and stories, but Yang’s investigation into his Chinese heritage, and particularly the myths surrounding the murder of an ancestor, are presented as stylised re­enactments.

Considering Yang is famous for documentary realist photography, this tension between theatricality and realism is skilfully handled. ‘It does seem like a contradiction,’ says Ayres, ‘but I wanted the main design of the film to give people a sense of theatrical space. The stylised reconstructions occur as if they are performed on stage in a theatre.’

This contradiction is slightly more disconcerting for Yang. ‘People tend to take reconstructions as truth, which makes me a bit uneasy as a documentary photographer, only because it is starting to stray from a strict documentary style.’

Yang is generally ‘thrilled’ with Ayres’ adaptation, but in conversation he is keen to separate the differences between both presentations of Sadness: ‘In the film the essence of emotion is there in a very compact way, while the live performance is more operatic.’

For Yang, another problem inherent in translating such theatre specific work is the fact that the documentary ‘was made for television, which is a very reductive medium where, for example, you get a classics illustrated version of the novel.’

Despite being a television commission for SBS Independent, Sadness is unusual in that it was made on 16mm. ‘There were two main reasons for this,’ says Ayres. ‘Firstly, William’s photos originate on film. The piece is about a photographer and I wanted to match the footage of William’s monologue to the photographic stills used. Secondly, what would make the film work is generating the intimacy and warmth of the original work. Had it been impossible to shoot on 16mm I would have opted for DV, because Beta is a much colder medium.’

Technically, the process of making Sadness was one of great uncertainty for Ayres: ‘It wasn’t until the first test screening that I knew it worked. In the past I have always known earlier if a project would work.’ The most tenuous aspect of this process was the editing stage, which ‘was filled with anxiety because it was an unusual piece to bring to the screen, being a monologue.’

Very few monologue films exist, though Ayres does make reference to Spalding Gray’s Monster in a Box and the documentary of photographer Nan Goldin’s work, I’ll Be Your Mirror. The latter was particularly influential, though Goldin’s film ‘was more like a documentary in the sense that more than one person is telling stories. With a single voice it’s difficult, and there are a limited number of things to play with.’

Despite the technical difficulties of translating Sadness, Ayres contends that the shoot was quite seamless, the only drama being that he fell in a creek with William’s camera.

Sadness is only one of several works that Yang has performed over the years. I asked William if he would agree to adaptations of other performances and in rapturous tones he replied, ‘I would love all my performances to be turned into films, and would love Tony to direct them.’

Profile on Sadness (Tony Ayres, 1999) which screened on SBS, 14 November 1999, for IF Magazine - then known as Independent Filmmakers.