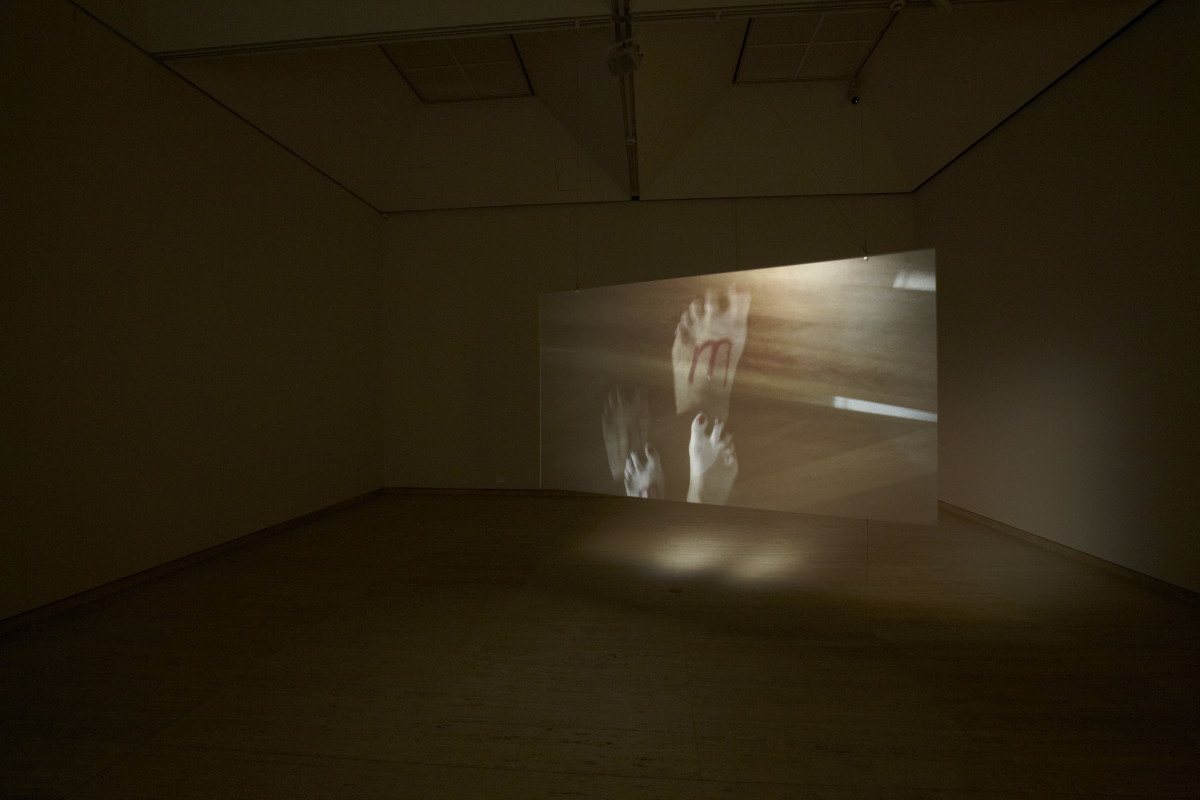 The ‘noise’ of language, whether articulated verbally or through the gestures of the body, is the raw material of Eugenia Raskopoulos’ photo and video work. Raw, impassioned, politicised and sexual, her work manipulates forms and their meanings, sometimes with an implied violence or anger, at other times with a quiet potency.

Despite the noise she has been making since she emerged in early ‘80s, Raskopoulos has been something of a fringe figure, though one who has had huge influence on a generation of artists to follow her. In 2008 Russell Storer curated her into Video Logic at the Museum of Contemporary Art – the only woman in a group show of six leading Australian artists working in the medium of video. This attests to her importance, yet she has been largely underappreciated in broader terms, inhabiting that nebulous realm of being a real ‘artist’s artist’.

However, in the last twelve months Raskopoulos has cut through the quiet, by deservedly winning the Josephine Ulrick and Win Schubert Award, and with stunning solo shows at the Art Gallery of NSW and William Wright//Artists.

These shows have stood out because they reveal an artist in her prime, consolidating her conceptual concerns with words and the body, but also marking a shift with her photographic investigations into the materiality of objects and their potential for poetic transformation.

Through wry art historical references to Duchamp and Muybridge, the immersive multi-channel video installation footnotes at the Art Gallery of NSW’s project space depicts the artist’s feet as she runs down a staircase. The letters drawn on her feet in red lipstick spell the word ‘onanism’ in one screen; her foots writes ‘moist’ using saliva in another; while a third screen shows her standing in a pool of thick red liquid. Footnotes is compelling in the way Raskopolous strikes a delicate balance between imagery that is as abject as it is seductively fetishistic.

In contrast, the performing self is absent in Vestiges at William Wright // Artists, or at the very least only implied. Twelve photographs comprise this series, each one depicting paper, plastic or fabric used as wrapping for a gift given to the artist. Raskopoulos meticulously documents these forms against starkly minimal backdrops – elevating the detritus of a gift economy into totems that sit somewhere between forensic and fashion photography. As its name suggests, these unexpectedly alluring forms become the trace of an event, a marker of time and memory.

Australian Centre for Photography director Kon Gouriotis awarded one of these images the Ulrick and Schubert award, saying: “I kept on returning to Eugenia Raskopoulos' Vestiges #3 photograph because of the poetic transformation that was occurring, especially the experimentation with texture and the sculptural potential of the materials. What started off as birthday wrapping paper, ended up as another shape which is then photographed offering a new interpretation to the object. The new meaning this shift creates, recognizes the incomplete over the complete. It supports the possibility of other changes rather than no transformations. By acknowledging continual change, the artist is making us aware of the importance of difference.”