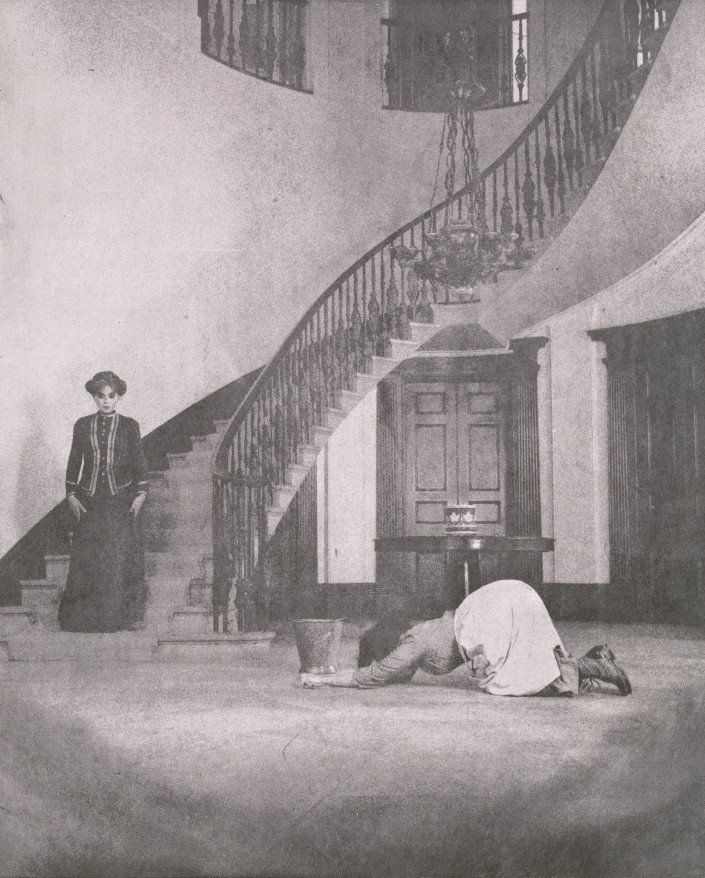 The first of the 19 photogravure prints present the white woman in a state of composed elegance. She has descended the spiral staircase of an austere colonial mansion. Her maid scrubs the floor with melodramatic abandon, a pose that heightens her subservience, signalling her eroticised otherness. (The black maid has been represented in cinema and literature as the exotic other, less so the target of sexual obsession.)

The relationship between the two women is marked by desire, fantasy, delusion and hysteria. Sexual desire is linked to drug-induced hysteria through the use of shadows, lighting and multiple sandwiched exposures. As the black maid becomes ensnared by the aristocrat, the mansion becomes a site of entrapment and the hysteria-indicing effects of laudanum (an opiate used in the 19th century) blurs the power relations between the two women.

In Ventriloquized Bodies, Janet Beizer argues that the hysterical woman of the 19th century always bears a “sentence” of patriarchy that is both etched and repressed on the body’s skin. The woman in Beizer’s text is hysterical and pathologised by the inscriptions of male power. In Moffatt’s text, the woman is inscribed by resistance – the black maid is lured into a psychosexual fantasy of white privilege, though ultimately she resists or escapes the trap posed by the white woman and her stately home/prison. A number of images are marked with a scratchy surface, at once signalling the aged authenticity of the prints and the inscriptions of terror and resistance.

A video work entitled Lip accompanies Laudanum. In collaboration with editor Gary Hillberg, Moffatt presents a montage of Hollywood film excerpts that pays homage to the enduring stereotypes associated with the black maid. A comic intervention to the power relations between privileged white women and their black maids, Lip ramps up the bad-ass attitude of the racial stereotype, underscoring its intelligence and strength through scenes where the maids' racist-bitch-bosses are outwitted time and again. 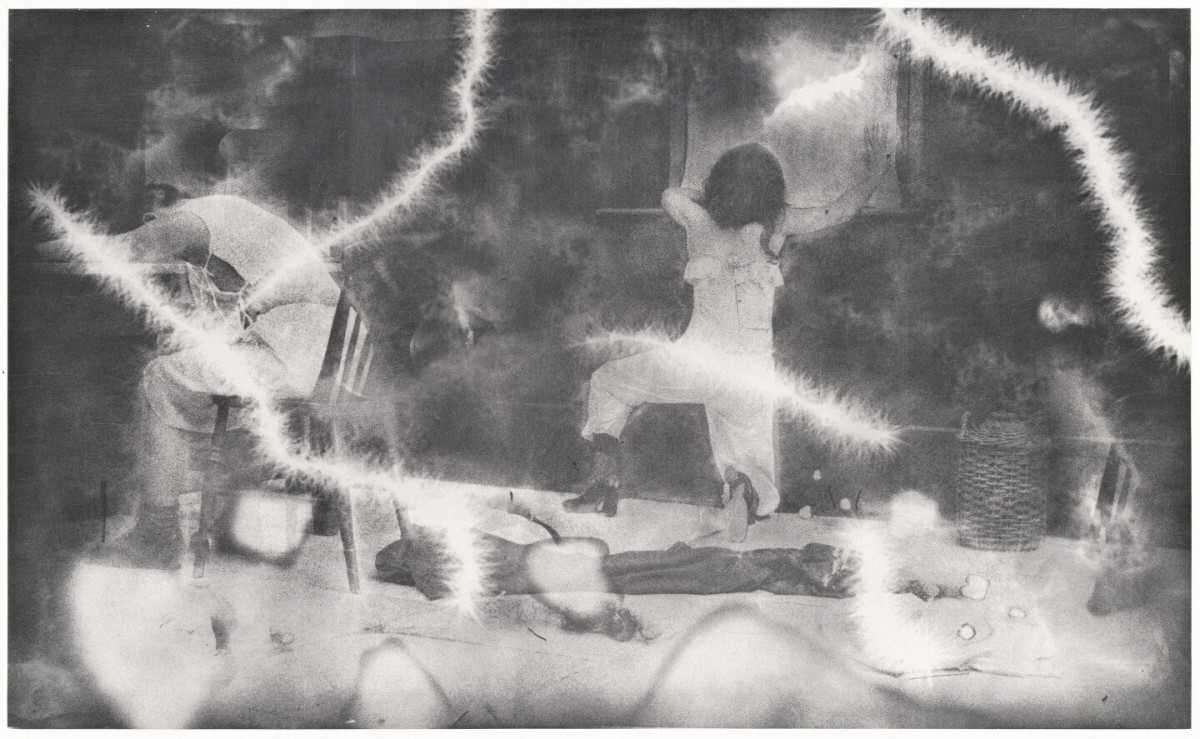