Hortense Spillers writes about the African-American slave body as a ‘captive body’ denied subjectivity, reduced to a thing, ‘the source of an irresistible, destructive sensuality’. In ‘becoming being for the captor’, Spillers argues that ‘the captive body translates into a potential for pornotroping and embodies sheer physical powerlessness that slides into a more general “powerlessness”.’

Da Silva’s work reveals similar conditions in its depiction of the captive body and its potential for pornotroping. Da Silva presents gay bodies as captive and rendered seemingly powerless by the manner in which they are sexually coded by trauma. The captive body here becomes a figurative spectacle, a site for all kinds of projection; in this sense, pornotroping is enacted when the body is reified as object; silenced, gagged and bound.

In his self-portrait Polaroid series Learning to Enjoy Being Fucked (2003) Da Silva documents himself lying back to mattress, legs bent and raised. Somewhere past the frame his ass is ‘bottom’ to a ‘top’ we never see. Warhol’s film Blow Job (1964) comes to mind as another moment when the ‘action’ is off screen. The difference, of course, is that Da Silva’s facial expressions are a perverse peep show of trauma, pain, and eventual resignation – a contrast to the rapturous facial tics of Warhol’s blown beefcake.

The frame of each Polaroid stands in for the POV of his top­heavy assailant even though Da Silva holds the camera and shoots. Da Silva looks at himself in the reflection of the camera lens as he learns to ‘enjoy being fucked’. The tight cropping enhances the allusions to rectal tightness, while the nausea­inducing framing elicits a reversal of positions: when looking at the images head on, Da Silva appears pinned to a padded ceiling – a bottom rising to the top.

Da Silva’s work is a pornotroping of the captive body. He immerses himself in the codes of pornography so that these meanings might be extended figuratively. The artist’s own body is captive to the implied presence of the captor, the one who fucks. Removed from the action, a viewer is similarly captor, caught looking at these seemingly private Polaroids. But the viewer is only rendered captor after the artist has captured his own freeze-framed captivity. By documenting the trauma imbedded in ‘learning to enjoy being fucked’, Da Silva resists easily identifiable positions of subject and object, captor and captive, bottom and top.

The surprising feature here is that Da Silva captures and disseminates his own captive body, all the while fetishising trauma over arousal. A mindfuck excluding bodily intimacies, Da Silva’s Polaroids are pornotropes circulating in pornographic contexts.

Da Silva applies the same cockteasing technique to Untitled (Soldiers) (2004). In this series of two images, Da Silva manipulates a found internet image of seven British soldiers showering naked in the Iraqi desert. The soldiers appear like melting figures whose naked asses form a line readymade for voyeuristic target practice on the part of the spectator. 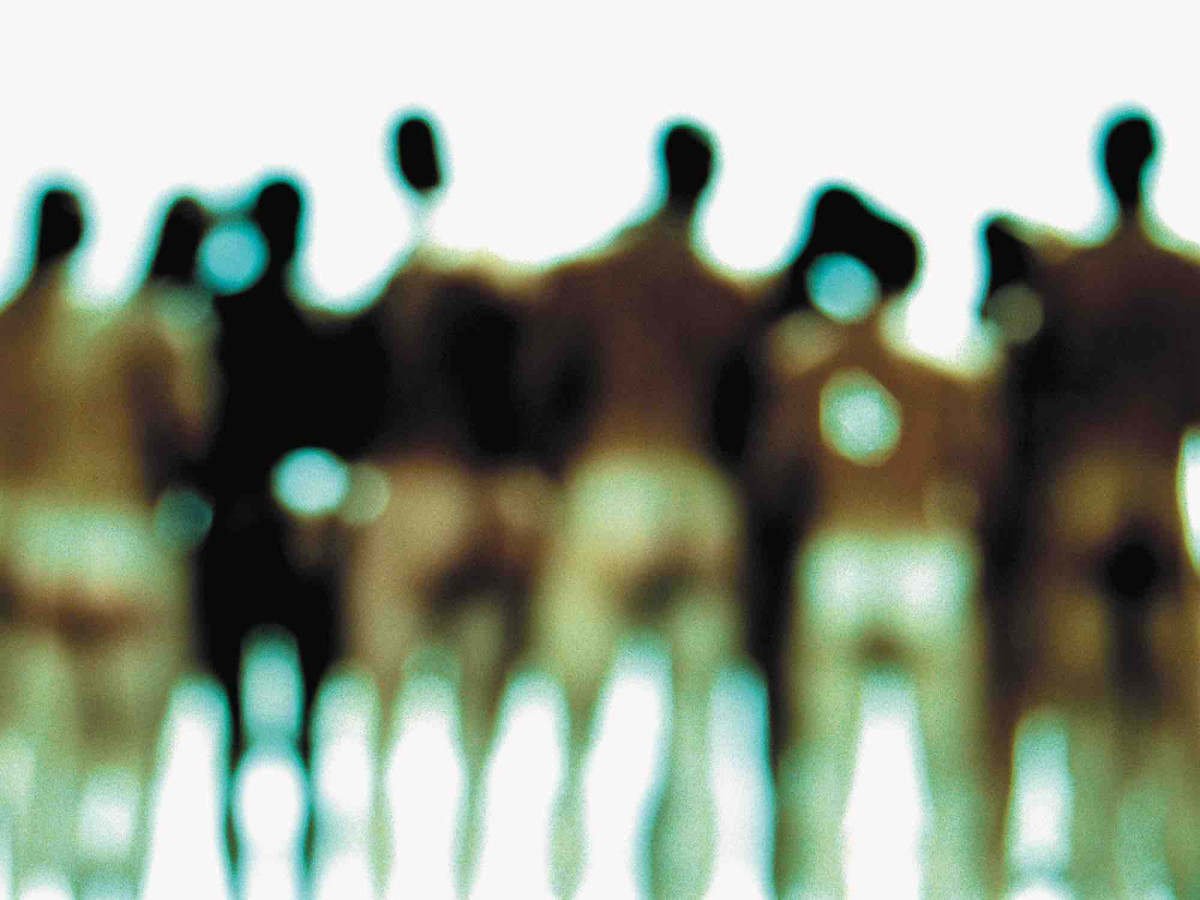 A more intimate scene of bathing features in Da Silva’s video installation Waiting to Cruise the Performative (2001). Responding laterally to the complex politics underpinning the phenomenon of homo hate crimes. this video features the artist being washed by a white man in a shower cubicle. The camera is static, while both figures assume various positions to facilitate a ritualistic cleansing.

Initially the scene is tender as if a pre- or post-coital clean-up is taking place. Over time, the washing becomes almost unbearably clinical and invasive, with the handling of the genitals and anus becoming potentially abusive. Jean-Leon Gerome’s Orientalist bath house imagery is recalled in the way it features someone being washed by another of the same sex. For example, Gerome’s Moorish Bath (Lady of Cairo Bathing) (1870) features a luminous white mistress who is about to be washed by a dark-skinned slave. Orientalism scholar Susan Aykut has noted that such eroticised inter-racial couplings between women speak to 19th century accounts of lesbian relationships occurring in bath house environments.’

Any moment we expect the washing to cease, a fuck scene to begin. But it never does, and as the scene is drawn out, it becomes clear that any ensuing sex would be similarly detached, ritualistic and perhaps littered with perversions we never counted on witnessing.

When the video was exhibited at the Institute of Modern Art in 2001, an angry member of the public alerted police to the ‘pornographic’ exhibit. During the same period, the neighbouring girls’ school prohibited students from attending the IMA for the duration of the exhibition.’

Capturing the body as powerless and passive, Da Silva turns that very powerlessness on its head by complicating the way we look at ourselves looking at sex. Subjected to a fetishised fascination or a lurking threat of violence, Da Silva’s work baits straights, spotlights hate, providing a much needed intervention into the increasingly dull state of much contemporary queer visual culture.