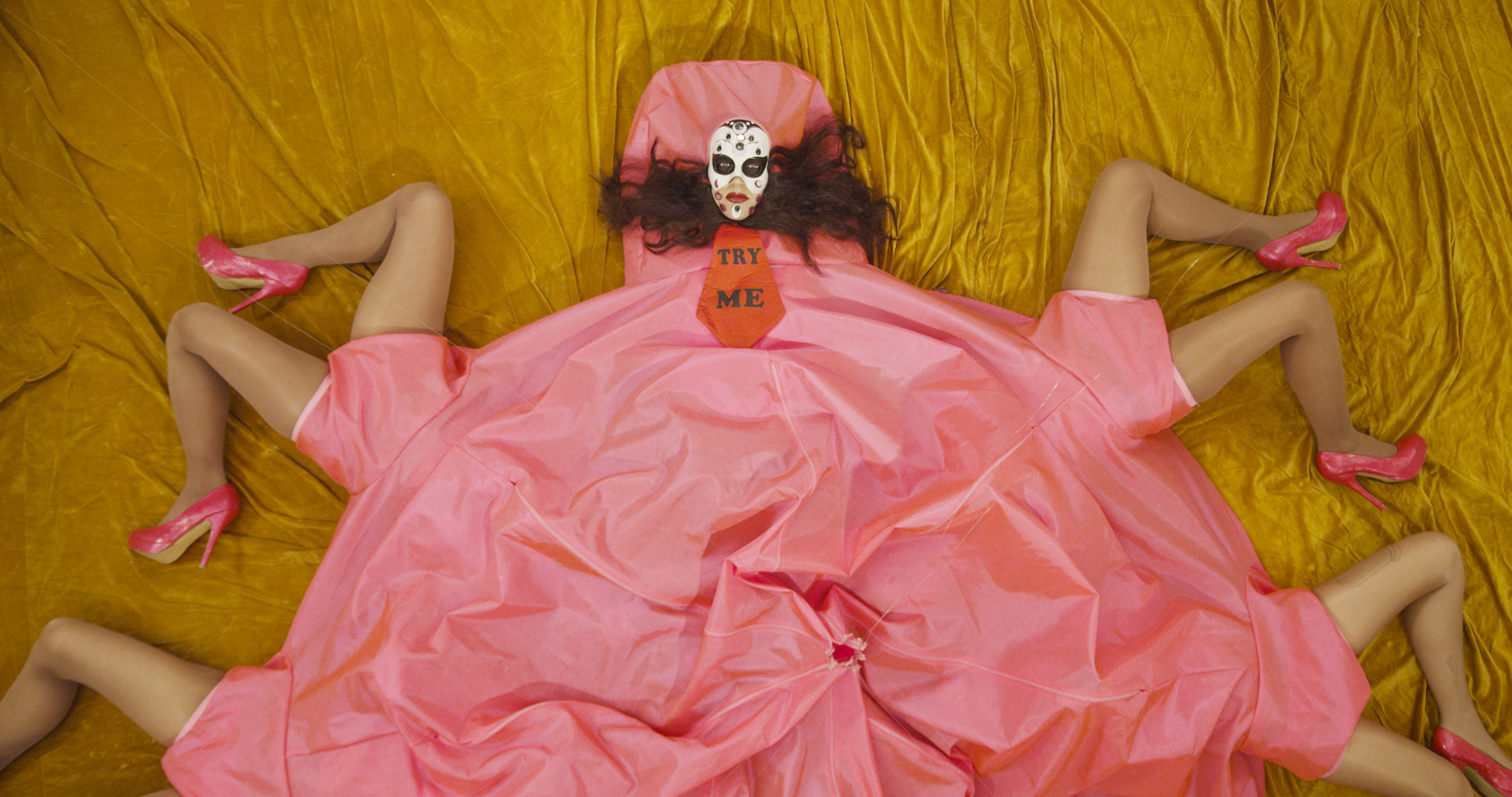 The Kingpins, Spider Nanny, 2013
Collection: Artbank
Performance, personae, spectacle and pop culture are some of the threads connecting the artists selected for Performutations – a series of seven Artbank video commissions released online over a two year period. Unexpected interventions into public space through physical movement or dance is evident in some, as much as others rely heavily on stylised and tightly controlled studio environments that mimic and subvert music video or cinema conventions. Playful, entertaining and attention grabbing in their own unique ways, these acquisitive commissions now form part of Artbank's growing video art collection and are all viewable online.
Venue: