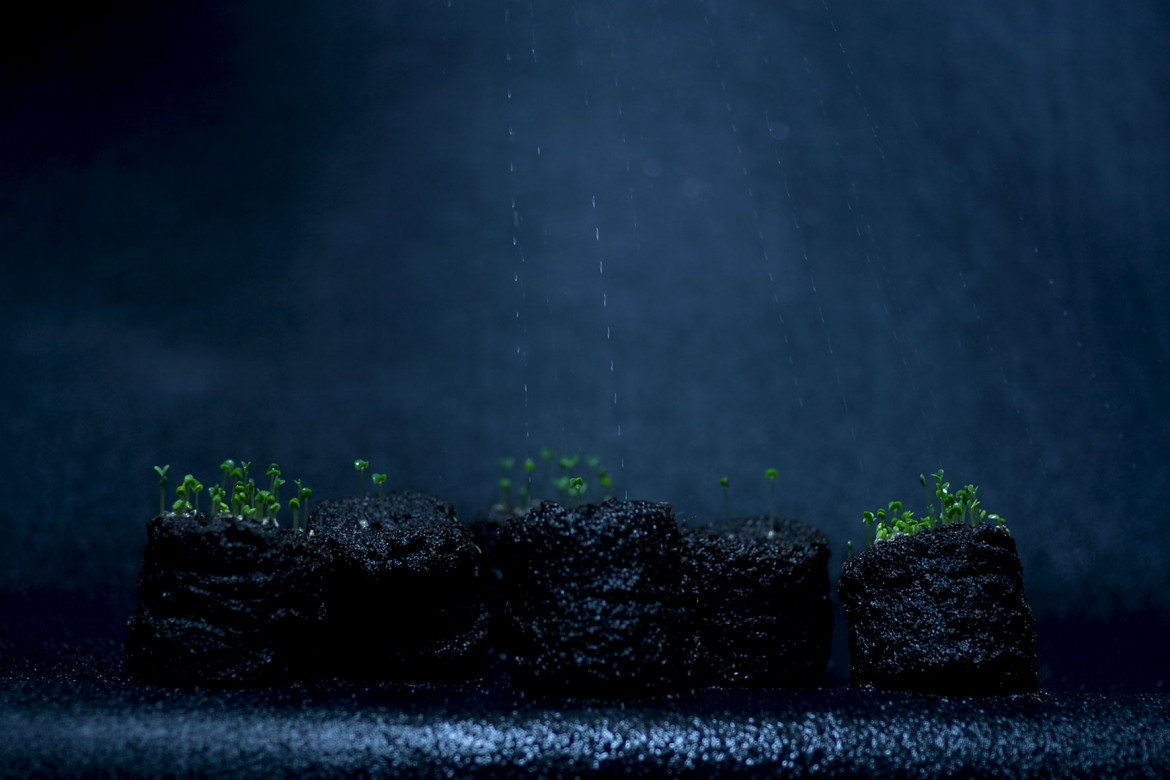 In 2010 curator Ace Bourke included Sarah Smuts-Kennedy in an exhibition at Hazelhurst Regional Gallery called Shifting Sands. It was an apt title for a show featuring an artist as mercurial as Smuts-Kennedy. Certainly, the ground on which she orbits is a shifting terrain of ideas, forms and “conversations” as she puts it.

Smuts-Kennedy first came to public prominence in New Zealand for her work as a film and theatre actor, having appeared in features such as Jane Campion’s An Angel at My Table. When Smuts-Kennedy reinvented herself as a visual artist in the early 2000s her work was exclusively photo-based. In recent times, however, she has shown an enormous chameleon-like aptitude for effortlessly trying her hand at sculpture, painting and video. An animated sense of urgency colours her tone when she explains how her art practice boils down to these simple questions: “How do things work? How will things work out?”

Smuts-Kennedy answers her own modest questions with a complex, almost forensic rigour that can be rare for some contemporary artists who avoid speaking to the ideas that inform their work. Regardless of which medium deemed most suitable to communicate her ideas, Smuts-Kennedy “brings to light” politicised ideas relating to colonisation, discovery and the environment. As grand as these themes may sound initially, her approach favours poetic reverie over didactic ostentation.

It is unsurprising then, that Smuts-Kennedy initially trained as a photographer as the centrality of light to the photographic image is a perfect metaphor for discovery and materialisation. A recent video work Principal of Hope quite literally uses photosynthesis to choreograph the life and death cycle of six colonies of Chia seedlings, a rediscovered Aztec superfood once traded as currency and banned by the colonising Spanish. By controlling the light source and access to water, the artist gets to “play God” and create what she describes as a “poetic drama of cause and effect.” First exhibited in Unearthed at Wollongong Art Gallery, Principal of Hope forms a key part of her April/May solo exhibition at Sophie Gannon Gallery.

Featuring alongside Principal of Hope are two series of sculptural works. Modelled from self-drying modelling clay and resin, the objects in one series Till Death Do Us Part, continue her fascination with using natural resources from the earth to form and emulate a grungy hybrid Rococo style – a fitting art historical reference considering Rococo was popular during a period of European colonisation. The trace of the artist’s hand is especially felt in these dynamic works through their lumpy surfaces that drip with thickly applied oil paint and resin.

Smuts-Kennedy’s fascination for these forms derives from a desire to produce something both “compelling and repulsive.” She explains: “Starting from the bottom I work my way up by pushing and pulling, mushing and mashing, making, destroying and repairing until I don’t feel I made it at it all; it has made itself and I am surprised by it.” Glass beakers are precariously nestled at the highest point of the sculptures contrasting the messiness of the forms and introducing scientific connotations of knowledge which underpin the colonial imagination.

The works comprising her new exhibition is an achievement that represents the culmination of four years research. During this time she started studying biodynamics and growing a garden on her 10-acre property in Auckland. Oriented as she is with understanding how systems work, gardening helped working things out and thinking things through. She says: “I started looking in new ways at the interconnectedness of things. For example, I noticed that when I planted a potato on a moon day, the next month that potato would raise its head above ground on the very same day – give a day or two. The work Principal of Hope came about as a result of this shift in thinking.”

These daily rituals of tending to the land are considered a key part of her art practice: “It’s the same in the studio as in the garden. Sometimes ideas or a new piece of knowledge needs to swill around for a long time before they find a form.”