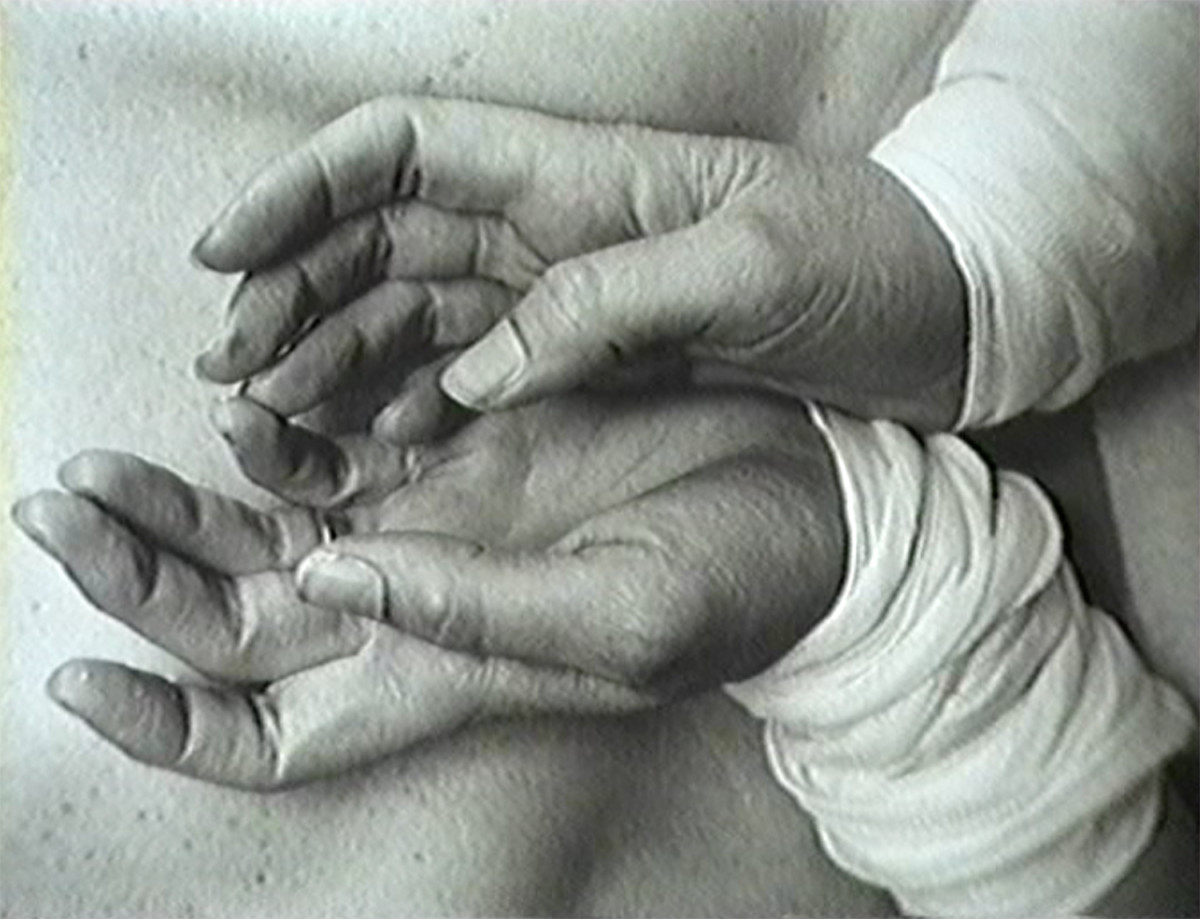 But the soft white skin is only apparently a tabula rasa, an unmarked pad. It bears a sentence always already etched and always already repressed, which unpredictably returns from beyond the pale. That is why it is so necessary to ... reinscribe the body, prove that it could be the bearer of another message, that it could be the work, not of God, but of men.
- Janet Beizer, Ventriloquized Bodies, 1994

According to Janet Beizer, the hysterical woman’s skin always bears a ‘sentence’ that is both ‘etched’ and ‘repressed’ on the body’s surface. The woman’s body is historically inscribed with (and by) the power and knowledge of men. But the woman in question here is not every woman, she has ‘soft white skin’ which provides a clean slate for such inscriptions. Being ‘soft’, the skin is typically feminine and capable of being chiselled and manipulated. Being ‘white’, the skin has a multiplicity of associations that stem from the racial signifier of white skin. The white woman in Beizer’s text is hysterical and pathologised by the inscriptions of patriarchy. The white woman that I will be discussing is also pathologised, but while she is inscribed upon, she is also capable of inscribing her own narratives of resistance.

White is an eight minute video work made by Francesca da Rimini (script) and Josephine Starrs (photography), who are renowned for their work in the feminist art collective VNS Matrix. Comprised of photographic stills and the layering of English, Spanish and Italian dialogues, White was recently exhibited at the Australian Centre for Photography in installation form and, according to its press release, was an ‘exploration of the relationships between language, power and incarceration through the perceptual and psychological space of a white room at once confining and vast.’

In the space of this review I will respond to the video by examining the inscriptions of language and power onto the body of the ‘white’ woman. I will also discuss the ways in which the body is constructed by inscription: it is a body which is written upon and writes at the same time.

Showing on a continuous loop, White is a video in chapters. It shows a fragmented collection of highly cropped black and white stills that expose a ‘body-in-pieces’ (le corps morcele). The fragmentary representation of the body sits well with the chapter-like structure of the video. The chapters in White are demarcated by title cards: The White Room, Silence, The White Shoe, Wasteland, The Doctor, Mother, Scream, Fracture and Sanctuary. These short segments resist the logic of a linear and sequential narrative, and instead operate as isolated moments that relate through association. The erasure of a sequential narrative emphasises a discursivity that heightens the fragmentations of language and the body. The layering of English, Spanish and Italian dialogues provides White with a multiplicity of meaning that draws out the themes of language and incarceration through spoken anecdotes that relate to the title cards. The incarnation of hysteria is enhanced by the shuffle of languages, hence creating further associations of what Beizer calls ‘verbal incontinence’. The hysteric’s voice was always characterised as incoherent, loquacious, and profane. 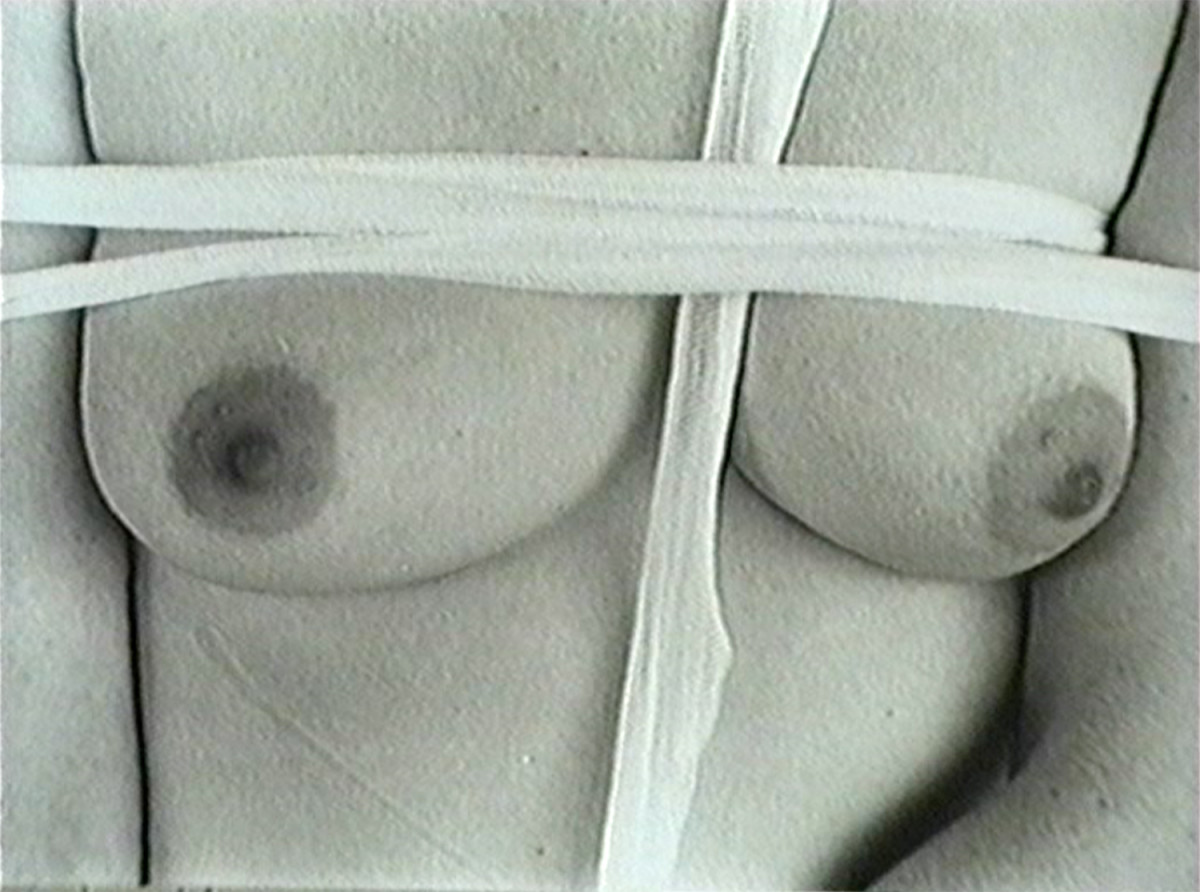 The video opens with the image of a woman with her back to the gaze of the camera/ viewer. Her voice shrieks – almost incoherently – an anecdote that makes references to the Biblical notion of original sin. A hand emerges from the right-hand side of the video frame and caresses the woman’s shoulder and back. The woman continues her tirade and remains oblivious to the ambiguous gesture. The next chapter, The White Room shows cropped fragments of white hospital objects: pillows and sheets. The narrated voice claims that ‘A scream surrounds me; a white scream. I am surrounded.’ It is unclear whom the voice is speaking to: the viewer doesn’t hear any screams, or see the body that is speaking. This creates the effect of an authorial female voice that is tormented, yet capable of tormenting through her corporeal absence. In other words, her disappearance is impossible because her voice creates the impression of a free-floating authority. This authority accumulates through the experience of the white room and its many screams, whether heard or imagined. The woman’s body is substituted for the deserted room and its sinister objects of incarceration (sheets, pillows, bandages).

The effect of the white hospital room is heightened by the use of the ACP’s gallery space. The overpowering stench of hospital bleach permeates the gallery and the olfactory senses of the unsuspecting viewer. The gallery becomes a white room of incarceration for the viewer, if only for the eight minutes of the video’s duration.

The experience of sight, sound and smell are all intrinsic to the impact of White, which may seem paradoxical considering the themes of inscription that I mentioned earlier. After the first scene where the woman’s shoulder is being caressed, the sense of touch becomes impossible. The incarceration of the subject is later represented through photographic stills of cropped body parts. In the chapter emitted Silence, the image of two bandaged hands enhances the spoken languages through the fleeting association of sign language. The hands appear later in Scream and are accompanied by a narrated voice that bitterly remarks: ‘You never really suffered you cold bitch... This is my blood, drink it, this is my pain, feel it. ‘The invitation to taste and touch are paradoxical because they are the two senses that are off-limits to the viewer. The only experience of ‘touching’ that exists in White is metaphorical and controlled by the inscriptions of the law onto the body. The inscriptions that the woman sheds are produced through resistance and the authorial layering of the spoken word.

During the credits, the sound of heels fades as if they are walking away from the binding effects of the white room. This is an evocative representation of the resistance that is produced when the inscribed and inscribing body is reconfigured from the pathologising narratives of incarceration. 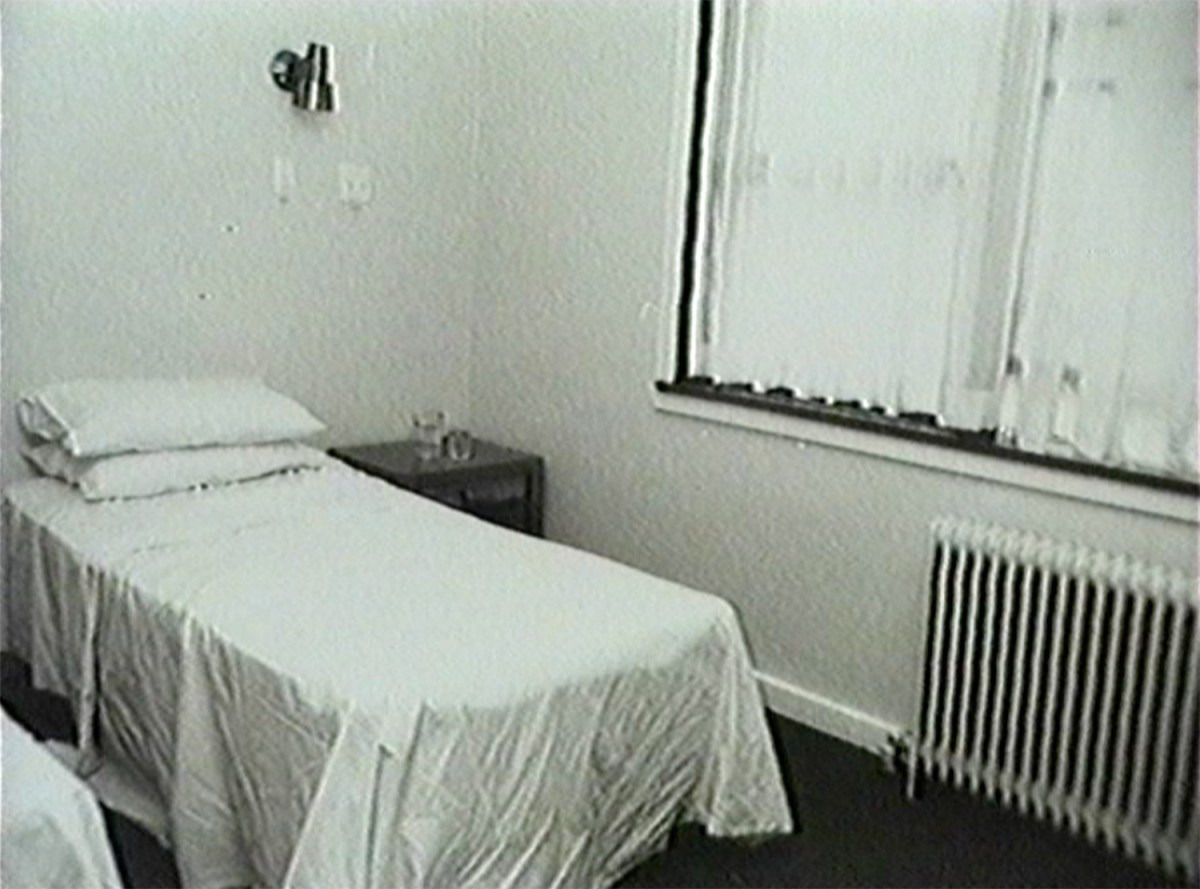