Essays, Articles
Walking All Over My Friend
on Daniel Kojta 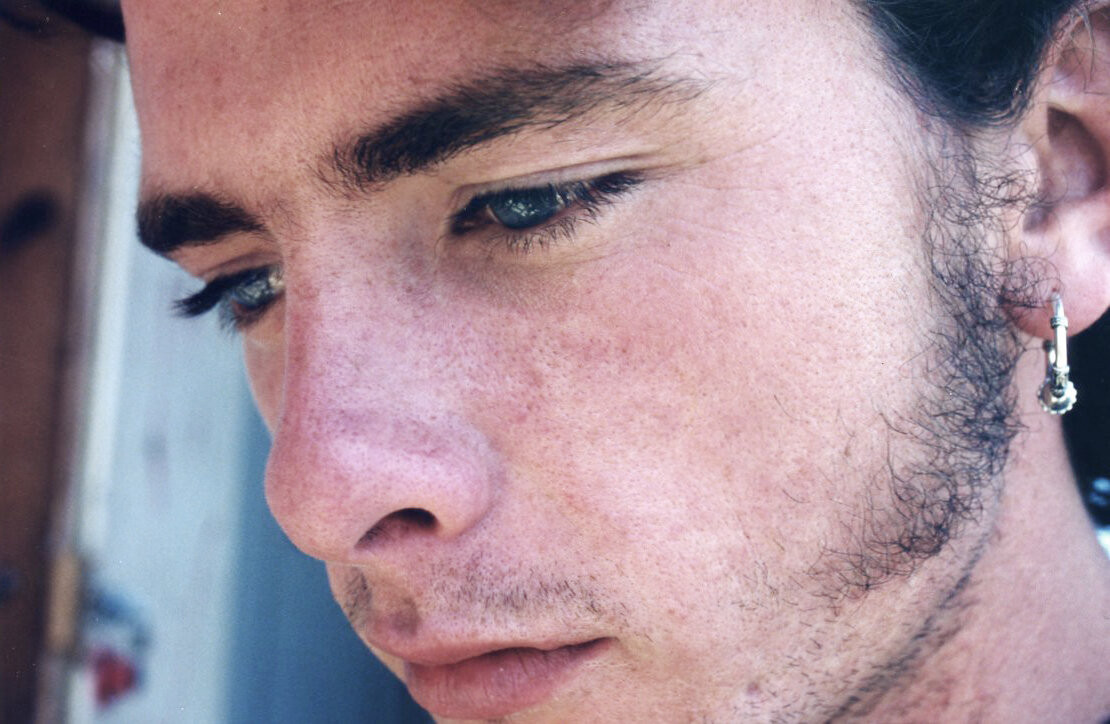 Daniel Kojta (1970-2018) and I met at Z block at University of Western Sydney in 1993. I was in first-year and he had started a year earlier. He completed his degree much later in 2005 with First Class Honours, graduating the following year with the University Medal. The year Dan completed his Honours was the year he met fellow UWS student Laurice Ghannoum, who was to become his lifelong wife and soulmate.

Back to 1993, when Dan and Dan met. We bonded when we were curated by Marcelo Severo into Honey, a film festival at the AFI Cinema (now Chauvel) in Paddington on 13 August 1993. It was a one-night only event, where Dan and I were screening the very first videos both of us had ever made. Of the works included his had the greatest impression on me.

In 2017, only a year before he died, it seemed like life had come full circle when I commissioned him to make what was to become his final completed work, a video for the Artbank collection called Walking All Over My Friends, which was exhibited in the exhibition Good Neighbours. When Dan delivered the work in June 2017, the day before the exhibition opening – notoriously, he always ran close to the wire with deadlines! – I was blown away. It far exceeded my expectations, which were always high as he was an exceptional practitioner.

Walking All Over My Friends was ambitious, witty, dark and profound all at once. In it, various artist friends appear. They include: Liam Benson, David Capra, Marlena Dali, Bianca Willoughby (formerly John A. Douglas), Jacquelene Drinkall, Heath Franco, Leahlani Johnson, Graham Davis King, and Mike Parr. Each one participated by using a camera to shoot the lower half of their body walking; Dan took this material and cut it to footage of his upper half, using basic editing techniques to present an idea of what walking on a friend’s legs would look like. Of the process Dan said:

I think we all have these really intense experiences throughout our life. The really intense ones shake you to the edge. They provide incredible opportunities, they change you in really incredible ways. I think in essence it has been an amazing opportunity for me to be able to create a small community that has drawn this incredible journey together enabling me to walk on their legs.

Dan invited me to be one of the subjects in the video, to which I declined. As the commissioning curator, it was a perceived conflict. He understood and told me he’d ask again when making the next instalment of the ongoing work, which sadly won’t be realised, along with so many other planned projects in the pipeline.

One particularly exciting project would have drawn from imagery shot during the Lake Eyre to Mount Kosciuszko Lowest to Highest Expedition, he embarked on in September-October 2017. He planned on producing a body of work from this experience and had asked me to mentor him throughout the process, to assist with potential exhibition and publication outcomes. Our final conversations in the last months of his life were comprised of Facebook and text messages back and forth about this very project. 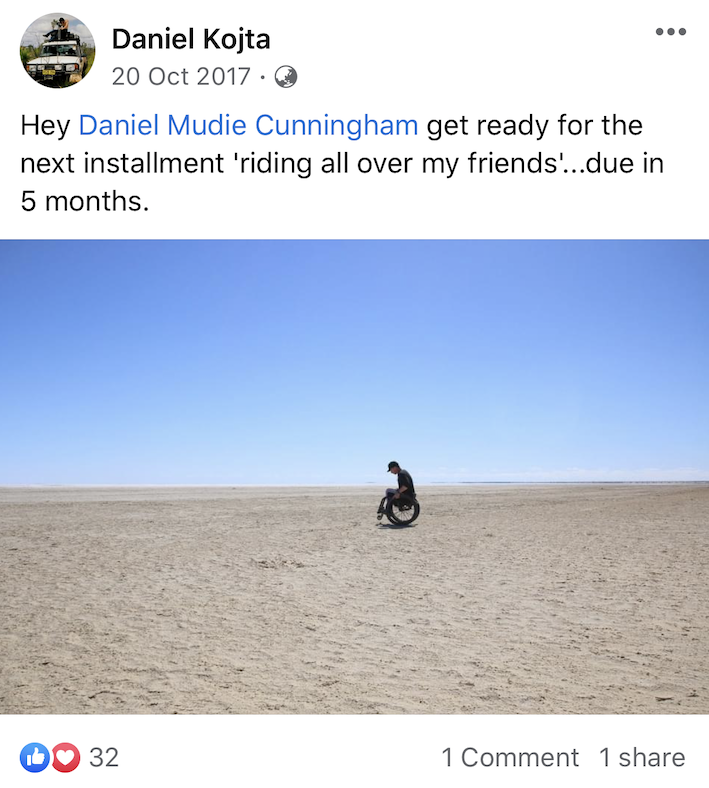 I admired and loved Dan’s intensity, ambition, originality, and charm. He was as handsome as hell. Dan had the best sense of humour. A case in point: in 2008 he sent me a message, asking me if I would consider designing a tattoo for him. He wrote:

I am contacting all creative boonies in my clan to do a quick sketch of a tattoo design which I will use to cover up an existing tattoo on my wrist. Something with your magic infused in to the design. The winner receives a one night credit for administered wisdom offered from your local Seven Eleven... So use that time you spend daydreaming drawing to stain my forearm. Very interesting CV material!"

— With blind faith and raw hope, yours, Dan. 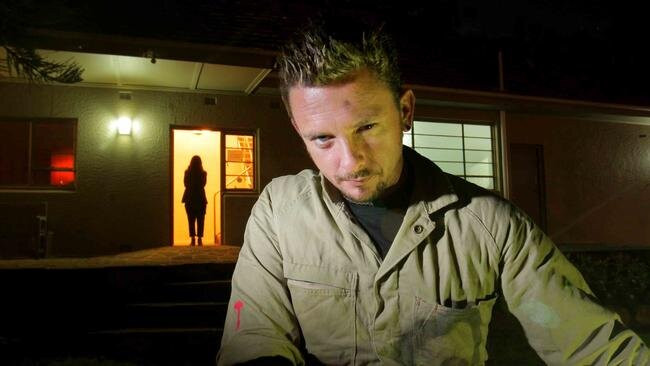 Soon after that, I sent him a message recruiting his services as a ‘ghostbuster’. I was working at Hazelhurst Arts Centre and curating an exhibition called The Ghost Show, that responded to folklore that the gallery’s property was haunted by past residents who had bequeathed the property to the local council. After telling me that he had channeled the Hazelhurst ‘ghost’, Dan presented an installation comprising a vintage black-and-white CRT monitor that screened a continuous loop of television static. If you looked carefully, an image of a small child could be glimpsed, trapped within and haunting the white noise.

Titled Dancing naked, with chance in the corner of my eye, Dan intended the work to be a meditation on the burden of “a buried past on the present” and the relationship “absence shares with presence”. The haunting was triggered by motion sensors, prompting the figure in the static to disappear when someone entered the installation. At best seen from the corner of the naked eye.

Since Dan passed away [a fortnight prior to the time of writing this eulogy in 2018] I can only explain my experience of shock and grief through the metaphor of this work. It is like he has been an apparition in the corner of my eye – absence and presence - beautifully and forever entwined.

— With blind faith and raw hope, yours, Dan.

Published by Campbelltown Arts Centre in 2021.