Essays, Articles
Time is the Fire in Which We Burn
on Dani Marti 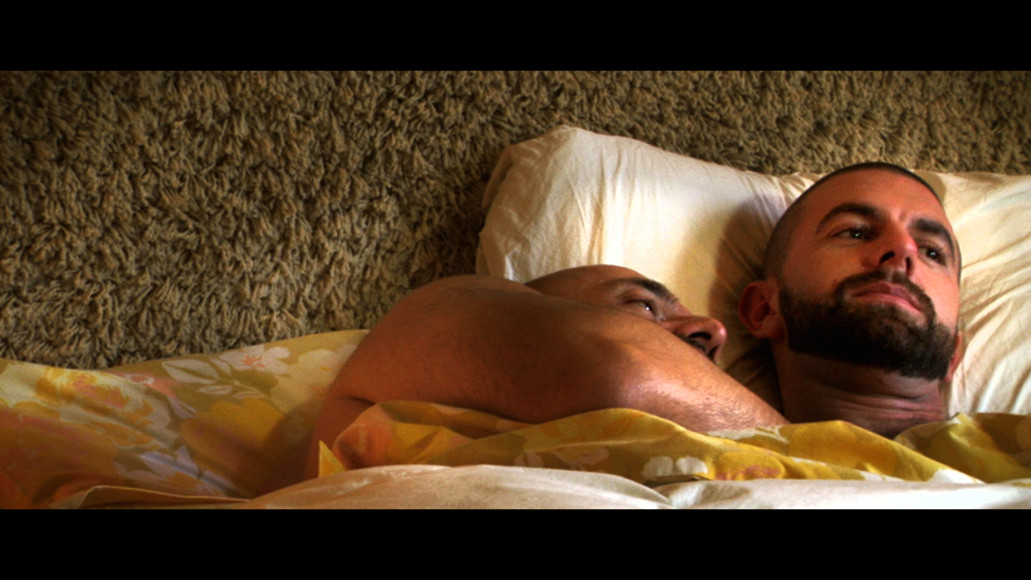 The power of Dani Marti’s work is also its puzzle. He has maintained a practice of seemingly disparate threads between woven sculpture on the one hand and videos documenting sexual exchanges with strangers on the other. The two very different strands of his practice are connected for Marti as acts of portraiture. A key work from when he was based in Glasgow, Time Is the Fire in Which We Burn exists as a video encounter (2009) and as his reading of the video’s subject in the form of several sculptural wall works (created between 2009 and 2013). The latter are made from woven copper and silver scourers—cleaning products as metaphors of mortality and time, risk and infection. Woven together they pulsate like fleshy sores or anuses, abstractions of bodily interiority.

Tightly framed in closeup, Marti’s camera lingers on both their faces, John’s especially. The otherwise cold scrutiny of such voyeurism is warmed up by Marti’s care, attentiveness and deep listening.

Essay for Queer Readings of the Monash University Collection

Published by Monash University Museum of Art in 2021.