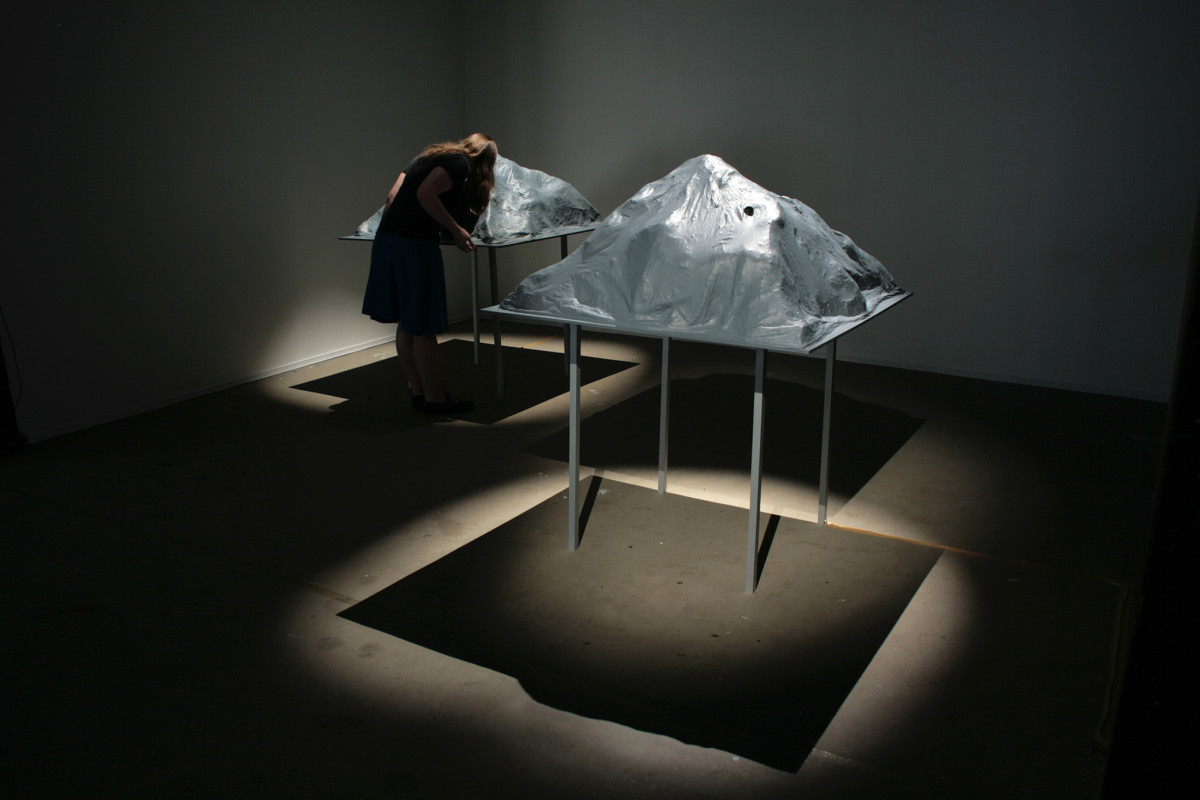 In this exhibition, Jaki Middleton and David Lawrey create hermetically sealed universes customised for a viewer’s spectatorial mastery. Popular Hollywood films such as Edward Scissorhands (Tim Burton, 1990), The Shining (Stanley Kubrick, 1980) and Star Wars (George Lucas, 1977) are reinvented through pre-cinematic technologies of the perpetual gallery and the praxinoscope. Media histories as ‘wayback’ as the days of early cinema are infused with film culture from the more recent past; the representational references dovetailing the technologies used to manufacture them.

A viewer’s identification with the screen image depends on absorption mediated by the cinematic apparatus; when the lights dim and the film is projected on the screen, we quickly forget any reference to the media technologies that enable vision. Indeed movies afford a temporary measure of escape from the rituals of everyday life. Like a memory machine, cinema ignites cognition and desire via identification and sensory immersion. Referencing iconic films from the period of their childhood as sites for exploration and manipulation, Middleton and Lawrey acknowledge how subjectivity is fashioned by the way we engage with visual representations, as much as it is shaped by our memories of when we first experienced them.

Settings and scenes from popular films are referenced visually and then transported by time travel to the precise moment before images moved with such cinematic sophistication. Like Eadweard Muybridge’s pioneering motion studies, sequences of still photographic images come to life in You’re my only hope (2008), a series of sculptural works utilising the reflective trickery of mirrors. Unlike cinema, which generates viewer immersion through the displacement of the film image from the film projector, Middleton and Lawrey make machines that foreground the inventive, playful wonder of the technologies used to generate the image, rather than the other way around.

Magic Mountain (Edward) (2008) casts the conformist suburban sprawl of Edward Scissorhands as an infinite, mirrored loop. Housed within a grey, irregularly shaped dome (or ‘magic mountain’) is a peephole granting the viewer omnipresent, god-like mastery over a miniature suburban tableau. Looking down into the scene reduces the sensation of claustrophobia otherwise expected of such nightmarish suburban self-sameness, precisely because the viewer is let in on the visual trick, on the outside looking in.

The idiosyncratic topiary of Edward Scissorhands takes a more sinister form in Magic Mountain (Jack) (2008). The labyrinthine maze of snow covered hedges recalled from The Shining, create a puzzle that can never be solved. Voyeuristic pleasure is experienced as the viewer looks in, possibly imagining someone lost within the maze, trapped and powerless like a mouse in a science experiment. By looking at the scene top down, a viewer assumes a position of implied power until they realise there is no way out of the maze, as the mountain’s magic cedes into terror.

Memory is a looping of the present to the past and back again. Through cinematic recollection, Middleton and Lawrey present a cosmos where the spectator is forced into a power-play with images reliant for meaning on the machines that bring them to life.