Reviews, Profiles
The Speed of Darkness
on Laurie Anderson 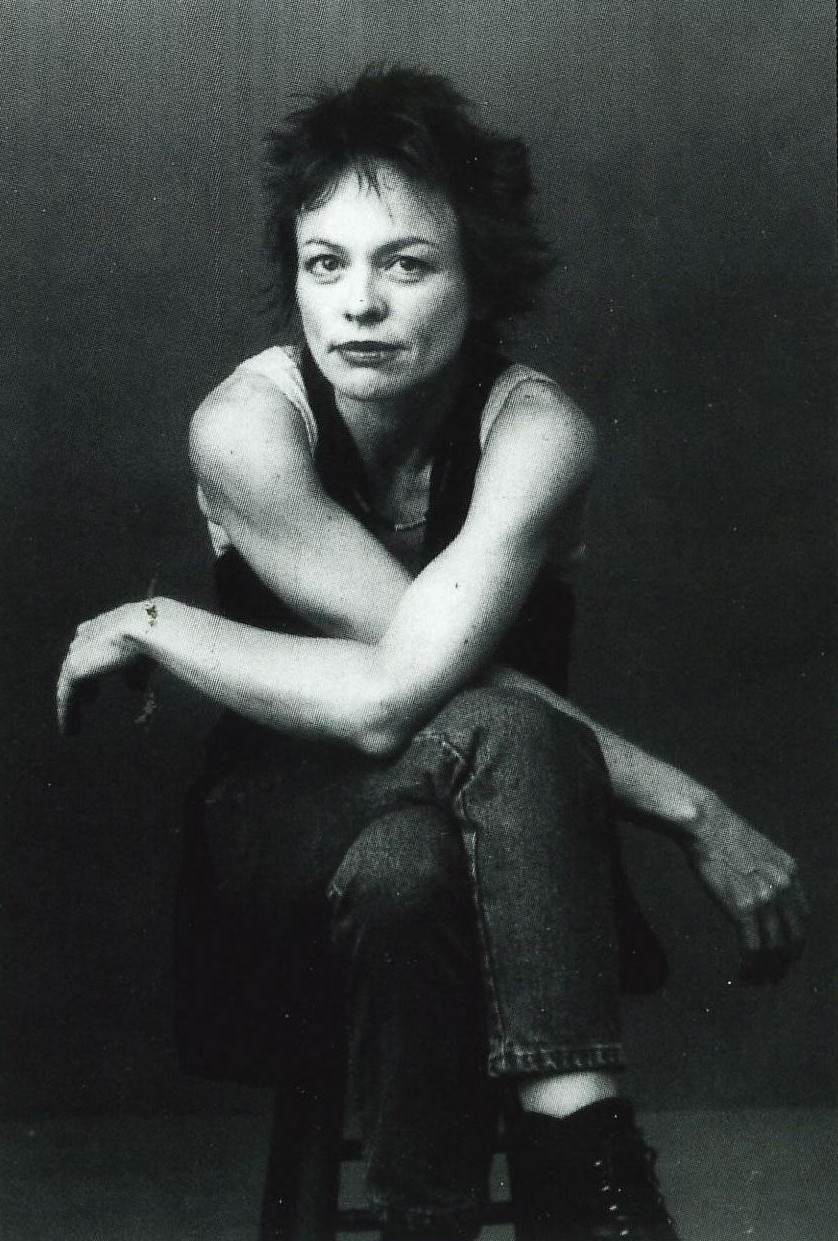 Publicity still for Laurie Anderson's The Speed of Darkness, 1997

Speaking of “technology,” Laurie Anderson sounds less like the “prophet” she is commonly described as, and sounds instead like a hip critic with a beatnik tongue. The Speed of Darkness was Anderson’s 80-minute performance that incorporated dreams, stories, music, comedy and critique into a lateral rollercoaster of imagery. Accompanying these aural narratives was a mere keyboard, digital processor, violin and, who could forget, her unmistakably hypnotic voice.

Some have described The Speed of Darkness as an “unplugged” performance, but even though the truckloads of maverick computer wizardry had been locked up for the night, Anderson is still very much “plugged in.” Despite Anderson’s ambivalence towards the increasing power of technology, she uses technology against itself, her digital landscapes being just as central to the performance as her spoken narratives. At one point, Anderson describes how she had been involved in planning a virtual theme park called Real World that was to be built in Barcelona. One of Anderson’s cheeky proposals for this techno-fetishists utopia was to construct “a giant black cloud [that] hovers over the park and triggers a forest of talking trees.” But when Anderson visited the undevel­oped site she could not understand why one would want to manufacture an arti­ficial park amidst Barcelona’s antiquity. This anecdote provides one of the recurring anxieties of this performance—how a lot of technology works better as an idea than as a reality.

The non-linear narratives on information technologies weaved in and out of focus like the websites she often parodied. Anderson’s use of language was as lucid as ever, and her delivery could be likened to punctuation itself. While she regularly referred to the “interactive” character of websites and CD-ROMs, audience “interaction” was strategically shunned—even the odd heckler was muted into insignificance. This lack of performer/viewer interaction provided the most powerful aspect of this performance because it made it all the more mesmerising. Although she commanded attention in her own unobtrusive way, Anderson was never didactic—her thoughts were mere observations, questions without answers.

In one of the final pieces, Ander­son uses the digital processor to make her voice deep and masculine, and she has a conversation with herself. One of her Big Science (1982) songs, “From the Air,” had been “remixed” and rewritten to accommodate the two voices. The narrative was anxious like an uncomfortable dream-state, and elucidated a story of being in a plane that is “about to attempt a crash landing... Jump out of the plane... There is no pilot... You are not alone. Stand­by”. The two voices would converse with each other, using dreams, stories and references to Moby Dick that had a common thread as the performance unfolded. This information overload was not unlike the excessive informa­tion highway that Anderson speaks of, ultimately rendering her critique on technology as both anxious and discursive.

In the 25 years that she has been practising as a performer, The Speed of Darkness seemed like a tame and mellow performance for someone of Anderson’s calibre. However, this performance was all the more powerful because it was focussed and necessitated minimal stage ‘props’ for her cri­tique on technology to work.

One of Anderson’s recurring quips throughout the show was the fact that she is no longer referred to as an “artist” but as a “content provider.” Judging by the high level of content that characterised The Speed of Dark­ness, what better title could be granted to Laurie Anderson?

Program for Laurie Anderson's The Speed of Darkness, 1997

Review of Laurie Anderson's The Speed of Darkness at State Theatre as part of Sydney Festival, 10 January 1997.