Essays, Articles
The Revenge of Alexis Colby
on Sarah Contos 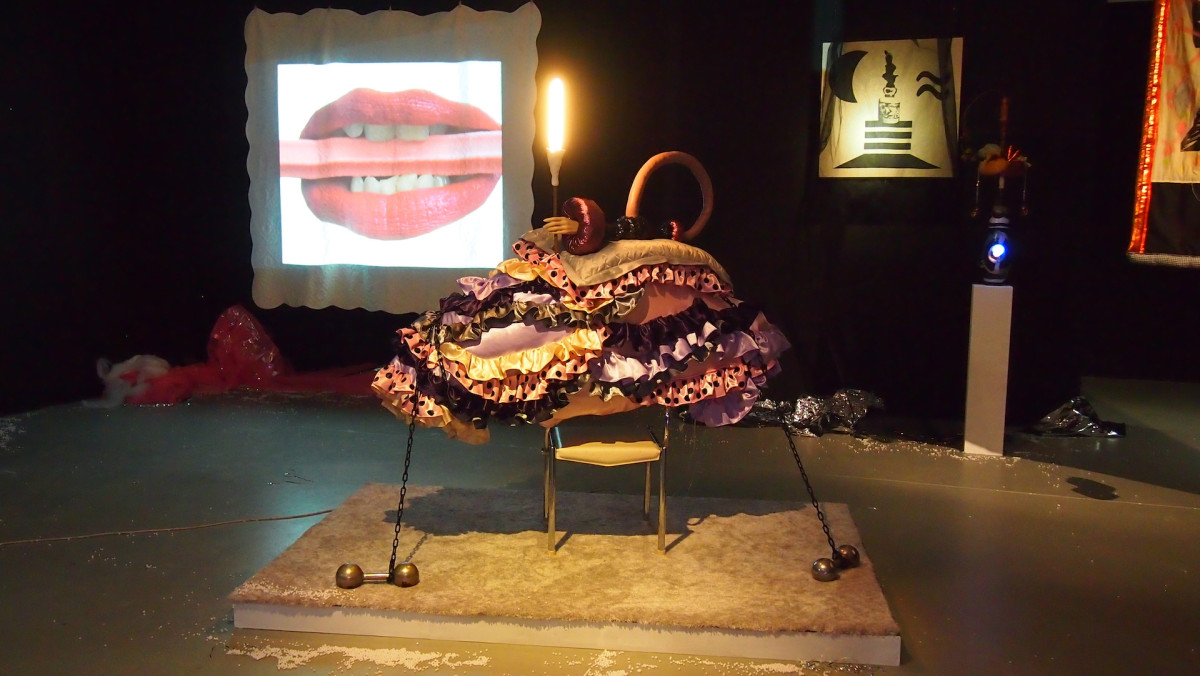 Played by Joan Collins in the iconic 1980s soap opera Dynasty, Alexis Colby terrorised the small screen as the epitome of excess and piss elegance – her toxic tongue a decoy for layers of emotion, a defence against vulnerability. “I loved that outfit when I first saw it – I’m amazed it’s lasted so many seasons”, said Alexis Colby (nee Morell; formerly Carrington, Dexter and Rowan) to nemesis Krystle Carrington (played by Linda Evans). Dynasty lasted nine seasons, and countless outfit changes, from 1981 to 1989 (not forgetting the reunion special of 1991).

Rewinding the reel half a century earlier, Alexis Colby’s aesthetic antecedents are the ‘pre-code’ women of Hollywood’s Silver Screen. Along with the introduction of sound in film in 1929, came the proliferation of sexual innuendo and profanity not to mention plots rich with the moral turpitude of prostitution, homosexuality, miscegenation, infidelity and abortion.

This perceived ‘immorality’ was cleaned up in 1934 with the introduction of the Motion Picture Production Code, censorship guidelines that regulated what could be represented in the talkies. Nostalgia for the era is innately tied to its cavalcade of powerful actresses playing strong sexual characters, among them Jean Harlow, Mae West and Greta Garbo. For visual artist Sarah Contos, Alexis Colby represents the return of the repressed pre-code woman in popular screen culture.

In The Revenge of Alexis Colby at Australian Experimental Art Foundation, Contos channels the legendary soap character as a conduit for her preoccupations with the overcompensation attributed to these contemporary and historical female archetypes. Whether assigned to the actresses of Hollywood pre-code or 1980s soap, the spectacle of excess and luxury collapses in on itself in Contos’s work.

With art supplies sourced from homecraft fabric stores, two-dollar shops and thrift joints, Contos’s studio is a greenroom where found materials and fabrics are auditioned and cast into assemblages that ooze with lurid colour and implied movement. Awash with a palette contrasting between musky pastels and reflective foils, her Frankensteinian forms evoke a grotesquely enticing mishmash of body parts put together with sticky tape and glue. Contos exploits the mythology of Alexis Colby’s bourgeois façade through a collision of kitsch, camp and tr ash.

The trace of Contos’s hand is simultaneously revealed and concealed by the motif of gloves and hands. Poking out like a camp salutation, the glove is an intentional replication of the artist’s hand as conductor of what Contos calls “small optical tautologies” – the double entendre as obvious visual pun. If idle hands are the devil’s workshop, Alexis Colby has hurled us to hell in a handbag. Givenchy of course.

The glove sits alongside other phallic objects, long looping satin socks, their form materialising from a receptacle stuffed with bean bag balls. These coiling objects writhe and dance with plastic chains and beads, bound and captive to a sex crime unseen. GIF-like animations depicting masked heroines and musk-smoking mouths are projected here and there to augment the relentless circuitousness of forms in Contos’s imagination.

Satin and frill are airlessly layered to embody and embalm the scene with innocence and perversity, excess and thrift. Contos is dressing and undressing to camera, stripping women of their armour. Fabrics are a substitute for human skin, sequins applied like reptilian scales. Melodrama abounds less from the spectacle of spent emotion than it does from the tensions that manifest from the orgiastic interlocking and strangling of forms. In art terms this is called collage, in the bedroom it’s called kinky sex followed by a cigarette. “Satin sheets are very romantic, what happens when you’re not in bed?” – to quote a Madonna song popular as Dynasty was wrapping up in 1989.

Sarah Contos drives her sewing machine with a lead foot, pedal to the metal for that perfect televisual getaway. Loaded with champagne bullets and a hairspray glue gun, the artist runs rings around materials like an alpha-female acrobat in satin and sequin pomp. The scene is set for revenge against domestication.