Essays, Articles
The Art of Noise 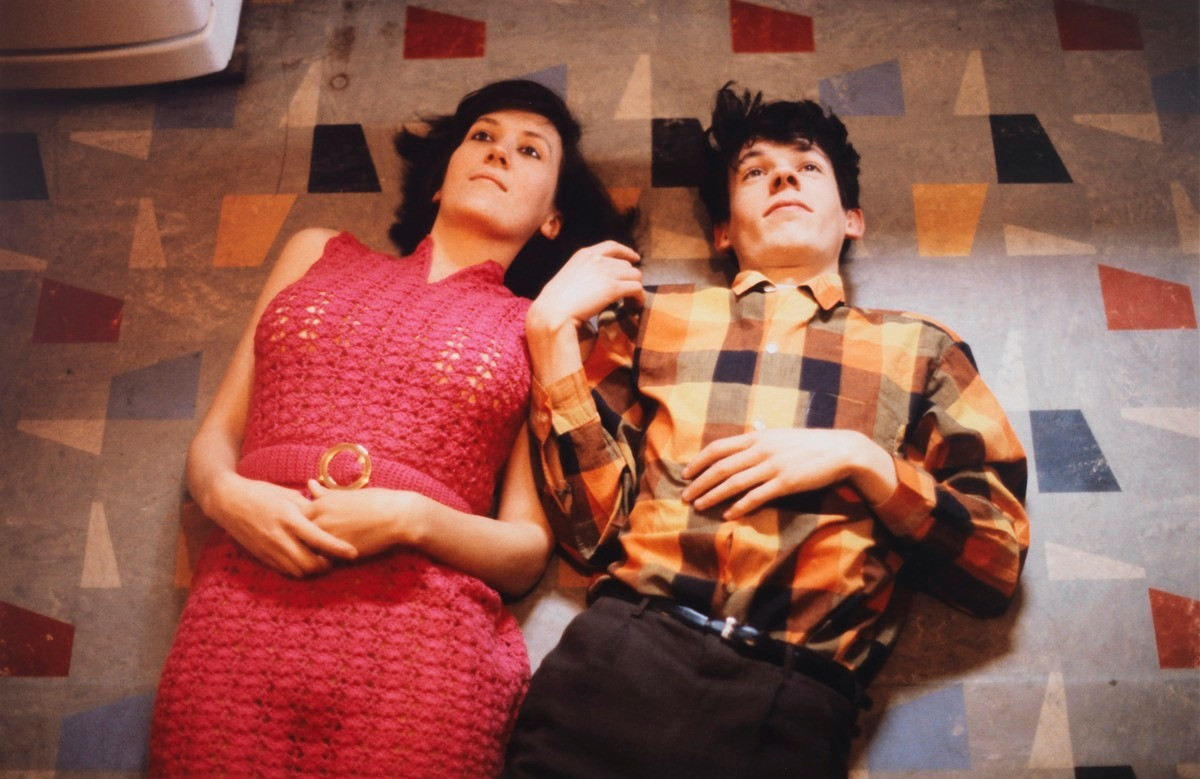 In the late 1970s and early 80s, the post-punk scene in Australia produced a cavalcade of bands and performers for whom there was very little distinction between what they did as musicians or visual artists. In recent time debates around hybrid media arts have demonstrated how traditional artistic categories and mediums continue to blur at the edges. In a sense these debates aren’t so new because they were pre-empted by multi-disciplinary artists of earlier times who had shaped understandings of postmodernism in Australia. The journal Art + Text from the early ‘80s is one such snapshot of an era, preoccupied with dismantling the neat categorical distinctions and hierarchies between visual communication and discourse, art and popular culture. It was a time when Australian art was championing “Post-Pop Art”, largely initiated by Art + Text founding editor Paul Taylor. However, while the aesthetic was pop, the soundtrack had more in common with punk.

Other art journals of the time like Art Network also explored art’s relation to music at this time. In particular, a 1982 issue (No. 6), featured several essays exploring the nexus of art and music at that time, including a piece by Tom Ellard of Severed Heads, now a lecturer at Sydney’s College of Fine Arts (COFA), about “cut up music”; Adrian Martin and Philip Brophy theorised the “textuality” of post-punk bands; minimalist artist and musician John Nixon contributed a piece on “anti-music”; David Chesworth contributed a 7” flexidisc lift-out supplement featuring music by Essendon Airport, Tsk-tsk-tsk, The Connotations, Potlatch, Severed Heads, Ernie Althoff, Chris Mann and Ross Bandt. Chesworth, who formed Essendon Airport in 1978, is a prolific musician and installation artist, whose work is noted for continually experimenting with music genres and technologies. The cover for his 1982 LP Spiral Rebound was designed by Philip Brophy and featured illustrations by then emerging visual artist Linda Marrinon.

Emerging in the years following 1980, the music dubbed ‘post-punk’ in Australia defied genre classification, morphing influences from new wave, pop and electronica. Led by Philip Brophy and featuring then partner, the artist Maria Kozic (who later released her own art concept albums), Tsk-tsk-tsk were also “disco” advocates at a time when disco was reviled and debased by those with serious art cred. But this was disco-in-quotation-marks: disco for Derrida heads. Tsk-tsk-tsk was not meant to be written or pronounced as a word – such was the heady interest in semiotics at this time. In graphic form, the band’s name was signposted by three geometrically arranged arrows and signified by the Skippy-like sound made when clicking your tongue. Tsk-tsk-tsk, who was self-described as “somewhere between art and pop”, would stage unpredictable multimedia happenings at pubs, clubs, cinemas, theatres and galleries and would have a stress on audience participation.

While he shows in galleries to this day, Brophy doesn’t refer to himself an artist: “I’m a composer, musician, performer, film director,” he explains. “A portion of what I do at various times has found acceptance in galleries. So I’m grateful for those opportunities, but I generally don’t perceive that the institution of art is particularly insightful when it comes to analysing pop music or other forms of subcultural musics”. The title of a talk he gave at the recent Adelaide Artist’s Week sums up Brophy’s attitude: The Visual Art & Pop Music: Like a Cat Fucking a Dog.

Chesworth and Brophy were notable figures in Melbourne’s contribution to this scene, however, the Institute of Modern Art’s recent project The Brisbane Sound (9 Feb - 9 Mar 2008) documented the cross-pollination between post-punk music and art world of Brisbane in the late 70s and early 80s. Curated by David Pestorius, The Brisbane Sound includes the work of John Nixon, Gary Warner, commissions from Jenny Watson, Judi Dransfield-Kuepper and Andrew Wilson, as well as concerts curated by key figures Ed Kuepper, Robert Forster and Eugene Carchesio. Building on Ross Harley’s Know Your Product exhibition, which had innovatively charted the same scene 22 years earlier at the IMA, The Brisbane Sound is a key recent example of how contemporary curatorial practice can seamlessly bridge the histories of a region’s art and music production.

Another innovative curatorial project meshing music and art from Brisbane is Avalon: Artists in Residence at the Museum of Brisbane in 2004. Curated by Ricardo Felipe, Skye Raabe and Luke Roberts, this project documented the history of Avalon, an apartment block in Fortitude Valley that has housed many artists throughout its history. Artworks by 16 artists to have resided there were presented in a gallery meets living room installation. A compilation of music selected by the resident artists could be listed to on iPods, along with a cover version of Roxy Music’s Avalon by The Avaloners, a band formed by four residents (Greg Nelson, Sandra Selig, Skye Raabe and Luke Roberts). Raabe also directed the music video, which featured an appearance by Luke Roberts’ ubiquitous artist persona Pope Alice.

Performing covers of well-known pop songs is also the domain of Melbourne band The Histrionics, led by artist Danius Kesminas. The Histrionics call themselves a “concept-art-[heritage]-rock-cover” band, except they regard their source material songs as found objects, re-writing the lyrics with more art references than you could poke a paint-stirring stick at. Released through Darren Knight Gallery, their albums Museum Fatigue and Never Mind the Pollocks include songs like Drip It (after Devo’s Whip It), Nam June Paik (after AC/DC’s TNT), Hip to Paint Squares (after Huey Lewis and the News’ Hip to Be Square) and Appropriation (after The Beatles’ Revolution). In 2004, Arts Victoria funding allowed The Histrionics to embark on its second European tour, where they played mostly in art galleries.

Like Kesminas, Marco Fusinato is a maverick of the Melbourne scene, who straddles installation and live performance, participating in the group Poletropa with composer Anthony Pateras and Solver with John Nixon. Most notably, Fusinato’s work appeared in the innovative high profile show Sonic Youth: Sensational Fix, which brings together their collaborations with visual artists, designers, filmmakers and musicians. Curated by Roland Groenenboom and touring around Europe and the US, Fusinato’s ‘improvisation’ collaboration with Thurston Moore, TM/MF (2000) appeared in the show. Fusinato’s ten red monochrome paintings were painted in response to Moore’s experiments with the sonic conflict of guitar feedback.

Fusinato describes his own music practice as extending the language of the guitar and its related electronics to the point where he “combines disregarded electronic detritus into amplified shards and walls of free-noise”. Sydney artist Vicky Browne likewise works with electronics in the creation of music and soundscapes, except she manipulates obsolete and current music playing devices like Walkmans, boom boxes and iPods into sculptural entities to satirise the technologies and their users. Browne’s recent collaboration with Shane Haseman and Koji Ryui at Firstdraft Gallery, We’ll keep our cow shit in the country if you keep your bull shit in the city, was an installation exploring the affective influence of death metal music on the audience when played loudly in an installation context.

Naked on the Vague

Young Sydney installation artist, Matthew Hopkins, has also shown at Firstdraft on several occasions, even undertaking a studio residency there in 2007. He has several musical projects on the boil including Naked on the Vague with partner Lucy Cliché. They recently toured the US for three months playing everywhere from basements to bars. Hopkins also creates conceptual recordings with Jonathon Hochman that recreates the horror and wonder of “actual submarine rides”. The Bowles, with Mary Macdougall and Christopher Schueler, is another of Hopkins’ musical outfits, and they are “really into tapes”. Schueler and Hopkins sometimes branch out as a duo, as they are with their current project, which “explores the nature of our own inner Bull-Terriers”.

For Sydney painter Ben Frost, it’s all about your inner sea monkey. Well known for canvases that bulge at the seams with pop culture minutia, Frost sings in the four piece punk band Danger of Death. “Art and music are different creatures, but I think the approach of how to express what I want to say is informed by art”, explains Frost. “Whenever I get stuck on writing new lyrics, I always get inspiration from the title of paintings I have done. In a way, paintings are sketchpads for song narratives that I can expand on when we play music.” Frost’s songs New Electric, Vomit on the City, and I Was a Teenage Sea Monkey all began as paintings.

The fusion of pop art with punk in Frost’s work is characteristic of the blurring of punk and electro genres that occurs in the work of young Western Sydney performance and video artists George Tillianakis and Anastasia Zaravinos. Tillianakis, who works across performance, video and music is gaining notoriety as Melodiqa, a solo stage persona who often performs live accompanied with dancers and strippers. Before the Melodiqa incarnation, Tillianakis wrecked havoc with Byron Bouboulas as Rizzo & Pizzo, and when they split, Bouboulas formed Ghetto Pussy with video and performance artist Anastasia Zaravinos.

Ghetto Pussy are powerhouse electropunks who wear very little on stage and simulate sex acts in the presence of religious iconography. They are even teaming up with Mark Shorter’s cabaret persona Renny Kodgers to record the single Ring of Fire for their next album. Zaravinos explains they usually play in queer Sydney spaces such as the Sly Fox and Kooky. “I’m not sure if ‘straight’ society is ready for us yet”, she tells me. Perhaps that doesn’t matter because surely the art/music scene has always been hell bent on challenging categorisation. For the new brood of art kids like Ghetto Pussy “to be seen and not heard” is not an option.

Essay on Australian artists as musicians for Artist Profile.