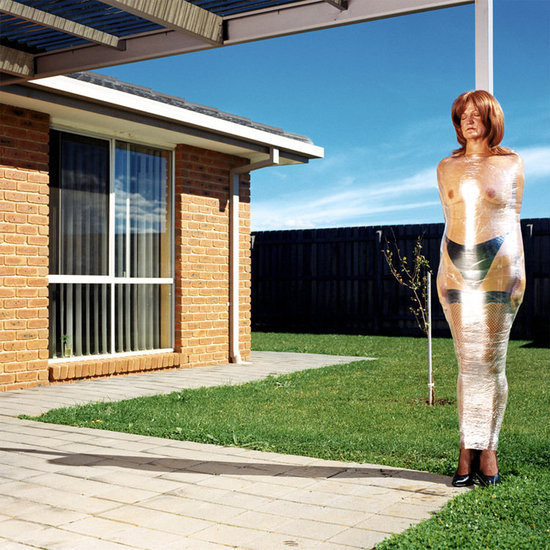 According to photographer Sandy Nicholson and writer Chris Johnston, suburbia is shaped by a landscape of fetishism, perversity and deviance. Their collaborative exhibition Suburban Fetish documents the many forms that the fetish takes in suburbia. Broadly speaking, the fetish is rarely associated with suburbia, as it usually exists in more ‘central’ or ‘urban’ sexual scenes. Uncloseting the suburban fetish might seem like a tired attempt at recreating subcultural otherness. However, Nicholson and Johnston do so with a meticulous sense of intelligence and humour.

Comprising eighteen sets of images and texts, Suburban Fetish discloses these private perversions without disavowing the power of the fetish. Johnston’s snappy interviews explain, define and contextualise the specific accounts of fetishism apparent in Nicholson’s carefully constructed images in a direct and neutral manner.

Although there are a number of fetishes excluded in this exhibition, a diverse selection is presented. Recreational past-times such as watersports, sado­masochism, dressing up, dressing down and undressing recur, while fetishistic signifiers range from heels to hair. In one image Jon, the subject is mopping his kitchen floor clad only in a disposable nappy. Jon exhibits his obsession with watersports in Johnston’s interview by claiming, ‘‘I don’t drink pee if they’ve eaten asparagus.” The taboos that surround fetishism are diminished by this matter-of-fact sense of the everyday.

The remaining images work on a similar level, and are dispersed among suburban landscapes. By viewing these anecdotal accounts of fetishism alongside suburban panoramas, the link between place and suburbia is heightened. For example, subcultures that are formed by a love for leather are associated with inner-city cliques, but in Suburban Fetish leather is a domesticated commodity.

The set of images entitled Steve presents an individual who wears little more than a leather harness. Steve has his hands full: one is busy providing autoerotic pleasure while the other presents a knife at close range of his genitals. Set in an environment of comfort and familiarity, the notion of castration anxiety never before seemed like. such an appealing state of mind.

Ultimately, the fetishist is demystified as the viewer becomes a voyeur. By absorbing these images and texts, a viewer is forced into a position of either acknowledging or disavowing their own fetishes. Suburban Fetish is a provocative exhibition tailored to arouse a lucid dialogue of desire and disgust.