Essays, Articles
Shine Some Glory on Me
on Matt Huppatz 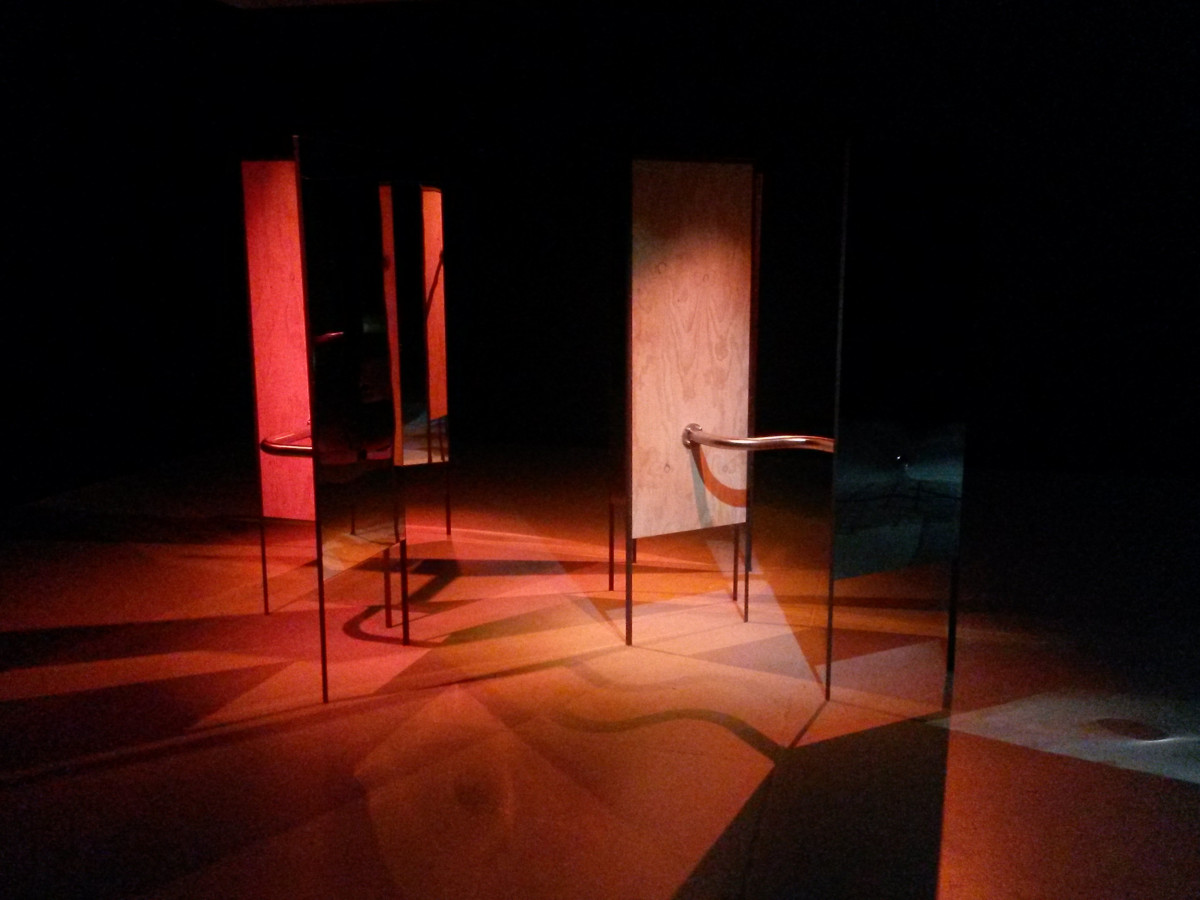 Edging toward minimalism, past elegant sterility, Matt Huppatz’s visual language belies an intense tide of meaning that relates to queer space and ritual. His sculptural and installation work has been concerned with sex venues and nightclubs, liminal sites where sensations act on bodies rather than the intellect; pre-linguistic theatres for affective codification.

“Sensation is that which is transmitted from the force of an event to the nervous system of a living being and from the actions of this being back onto the world itself,” writes Elizabeth Grosz in Chaos, Territory, Art (2008). The frames that artists erect to make sense of the chaos we inhabit, a concept alluded to by Grosz in her reading of landscape, are also evident in Huppatz’s practice. Drilled deep within the psychic ground that Matt traverses are cavities for connecting dots and collapsing matter, bottomless and tumbling.

Matt’s early photo series Sometimes (I Want to Leave My Body) (2012) depicts colour fields of disco light sanitising a stage where the sweat of assembly manifests. A pit of primal décor and much bigger with the lights out. With eyes shut, breath held, the party reeks of a drug-fuelled human abattoir; murder on the dancefloor. Resist resolution all you like; the inevitable sunrise cannibalises the nightclub for the diurnal mist of domesticity closing in. Everyday life is a cleaning ritual for an unfinished prototype. The first time I saw these photos I read them as AIDS allegory. Now all I see is a nightclub emptied by COVID-19 and replaced by Zoom.

Art doesn’t work until it works to obviate distance between object and viewer, arousing sensation. Artists can’t work until these sensations are felt, smelt, dealt. In this way, Matt Huppatz manoeuvres a history of images and ideas with gentle coercion into glory boxes of his own making. Caterpillar traps for lips and fingers, the glory hole at the butterfly ball, queer passages for iridescence and transformation.

Catalogue essay for If the Future is to be Worth Anything: 2020 South Australian Artist Survey at ACE Open, Adelaide, curated by Patrice Sharkey and Rayleen Forester, 12 September - 12 December 2020.