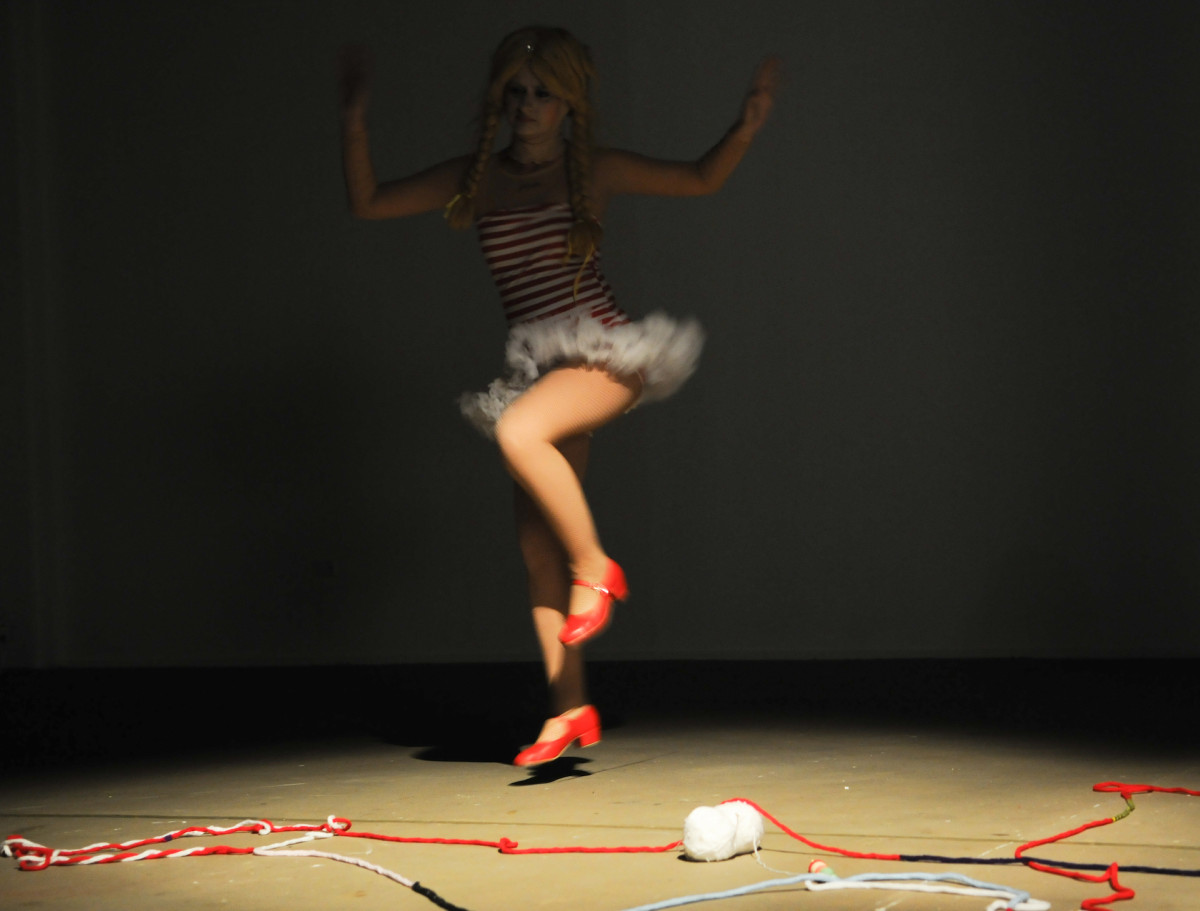 Throughout her six-month battle with cancer, the Sydney artist, Katthy Cavaliere, resiliently fought the illness in private, allowing only close friends and family to be on hand for support. These same people had lent support three years earlier when Cavaliere's mother, Mara, died, also from cancer. To compound this grief, Cavaliere's grandmother also died soon afterwards.

Late last year, Cavaliere took a series of photographs (yet to be exhibited). She took Mara's clothes to a rock at Clovelly Beach, where they had often sat and chatted. Then she formed the clothes into a nest and sat naked facing the ocean with her back to the viewer, her mother's stockings on her head flapping in the breeze like an absurd windsock. In one image, she embraces the ocean with a warm, robust wave; in another, curious seagulls circle her carnivorously.

''I was dealing with mortality as a conceptual artist. But it's not conceptual any more; it's really happening,'' she said with profound and disarming matter-of-factness.

Katthy Cavaliere was born on November 11, 1972, in the town of Sarteano, Italy, and was four when her family migrated to Australia. It was the desire to bring to light what she did not remember of her early years in Sarteano that motivated her. In this way, the poetics of homelessness and dispossession charged her art practice. By grappling with alienation and a sense of place, Cavaliere often depicted the lone figure in an imagined world.

Cavaliere graduated from the College of Fine Arts in the mid-1990s and almost immediately came to national art-world prominence through her association with Artspace, Sydney. From 1997 to 2000 she was shortlisted for the Helen Lempriere Travelling Art Scholarship (HLTAS) at Artspace and won the award in 2000. A year earlier, Artspace had hosted Story of a Girl, a memorable performance-based installation where Cavaliere gave her personal possessions to members of the audience.

The HLTAS gave Cavaliere the opportunity to study in Italy at the Accademia di Belle Arti, in Brera, Milano. Later, she was one of a few to be selected to attend a workshop with the visiting professor, Marina Abramovic, at the Fondazione Ratti advanced course in visual arts in Como. Cavaliere considered Abramovic a mentor at this time and certainly, her influence is evident in Cavaliere's work.

Returning to Australia, Cavaliere toured her solo exhibition, Suspended Moment, to several NSW regional galleries (2004 to 2005). The sophistication of her practice from the outset was evidenced by the way Suspended Moment surveyed almost a decade of work, including pieces made as early as 1993 at art school.

Cavaliere held a number of important residencies, most notably in Milan in 2003 through the assistance of the Australia Council. In 2005 and again in 2008, she resided at Hill End, transforming a studio cottage into a room-size ''camera obscura'' to create ghost-like images of the landscape outside. One of these images became a large billboard erected in the gardens of Hazelhurst Regional Gallery in 2008.

The experience at Hill End inspired a popular education program whereby Cavaliere would cart a room-size camera obscura around schools and regional galleries at their invitation. She was an engaging educator who charmed young people with images that were ''back to front, upside down and inside out''.

Indeed, that was how Cavaliere saw the world. Her vision was to sculpt with light in order to illuminate life's shadows.

In 2008, Cavaliere performed Loved for Artspace's 25th anniversary program. It later formed the basis of a video work that was curated into an exhibition for the Italian Institute of Culture at the Venice Biennale last year. She regarded this opportunity as a career high point because it enabled her work to be seen once again in her beloved home country.

Cavaliere had so much more work in her yet to be made; so many more trips back home yet to be travelled. The generosity of spirit imbued in the legacy of her work survives in the way she touched those who loved her.

Katthy Cavaliere is survived by her father, Pasquale.