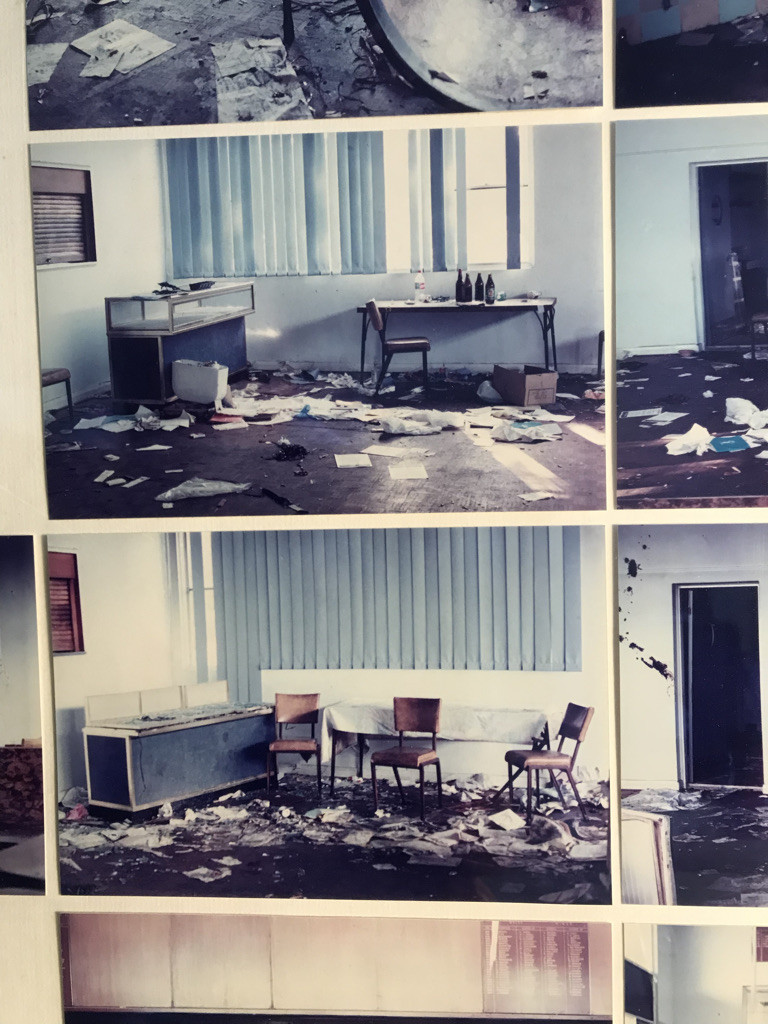 Artworld detectives Michele Barker, Anna Munster and Elvis Richardson submit their forensic visual case studies to Firstdraft in an exhibition called Retrieval. The press release is a jigsaw of clues: “November 1997. 14 bodies. No clues. Three artists in a gallery. A maverick cop. A criminal psychiatrist and an American anthropologist. Where to go from here?” This premise could rival a great episode of Twin Peaks. But instead, Retrieval offers only two obvious facts: its month and its number of artists. Any remaining facts are left up to the viewer to piece together from a series of digitally enhanced fictions.

Firstly there is Michele Barker’s series of three digital prints Victim, Specimen, Suspects? The three prints resemble a DNA database concerned with “the categorisation and identification of criminals in Australia”. The images consist of different clues, colours and codes, and hardly capture a clear idea of its vast project: the genetic information of a rather large group of people. In her second piece Trace Evidence, Barker’s aims become clearer. The outline of a dead body, traced on vinyl contact and placed on the gallery floor under a probing photographic light, suggests a crime scene, possibly a hit and run.

Anna Munster’s digital installation Machine of Faciality is a cartography of crime, specifically referencing the recent Backpacker Murders. Images of skeletal structures glow in three lightboxes and are placed on a map of the Belanglo State Forest. The viewer is privy to an aerial view of the forest, which literally attempts to trace the macabre murders of Australian criminal Ivan Milat.

Finally, Elvis Richardson’s photographic works Before/After are a refreshing break from the abovementioned digital landscapes of crime. Like a police photographer with a penchant for self-publicity, Richardson documents the before and after of criminal activity at two separate sites. The images are accompanied by a humorous book of white paper The Garden of Evil: The Granny Killers’ Reign of Terror by Larry Writer. The Table of Contents is published for distribution, but it appears that Larry Writer/Elvis Richardson forgot to save the rest of the document. Not unlike Barker and Munster, Richardson too alludes to clues about senseless crimes, strange motives and their inevitable commodification.