As prolific and widely shown as Philip Juster (1952–2004) was during his lifetime, he rarely received institutional support and exposure. In recent years curator Robert Lake has worked tirelessly to promote and restore Juster’s legacy, having staged successful shows at Sydney’s Gallery 9 and Tin Sheds at the University of Sydney. In a 2011 review, Sydney Morning Herald art critic John McDonald identified in Juster’s work “a verve and intelligence that testifies to a promising career cut short”.

Lake knew Juster for many years and says: “For me, two key moments were his trip to the Pacific Atolls of Kiribati and a day spent amongst the glass display cabinets in the subterranean storage area housing the Pacific collection of the Museum für Völkerkunde in Dahlem in 1983. These two journeys had a profound effect on Juster’s oeuvre and continuing relevance”.

Born in Brisbane and raised in Redcliffe, Juster briefly attended art school in Brisbane before settling for a time in Indonesia in 1971. Juster travelled frequently throughout his life, even living in Los Angeles (where he and partner Peter Blazey bought Barbara Stanwyck’s Villa Hillcrest in Whitley Heights). Juster also lived and worked in New York and travelled extensively to South-East Asian, Indian and Pacific Island locales. 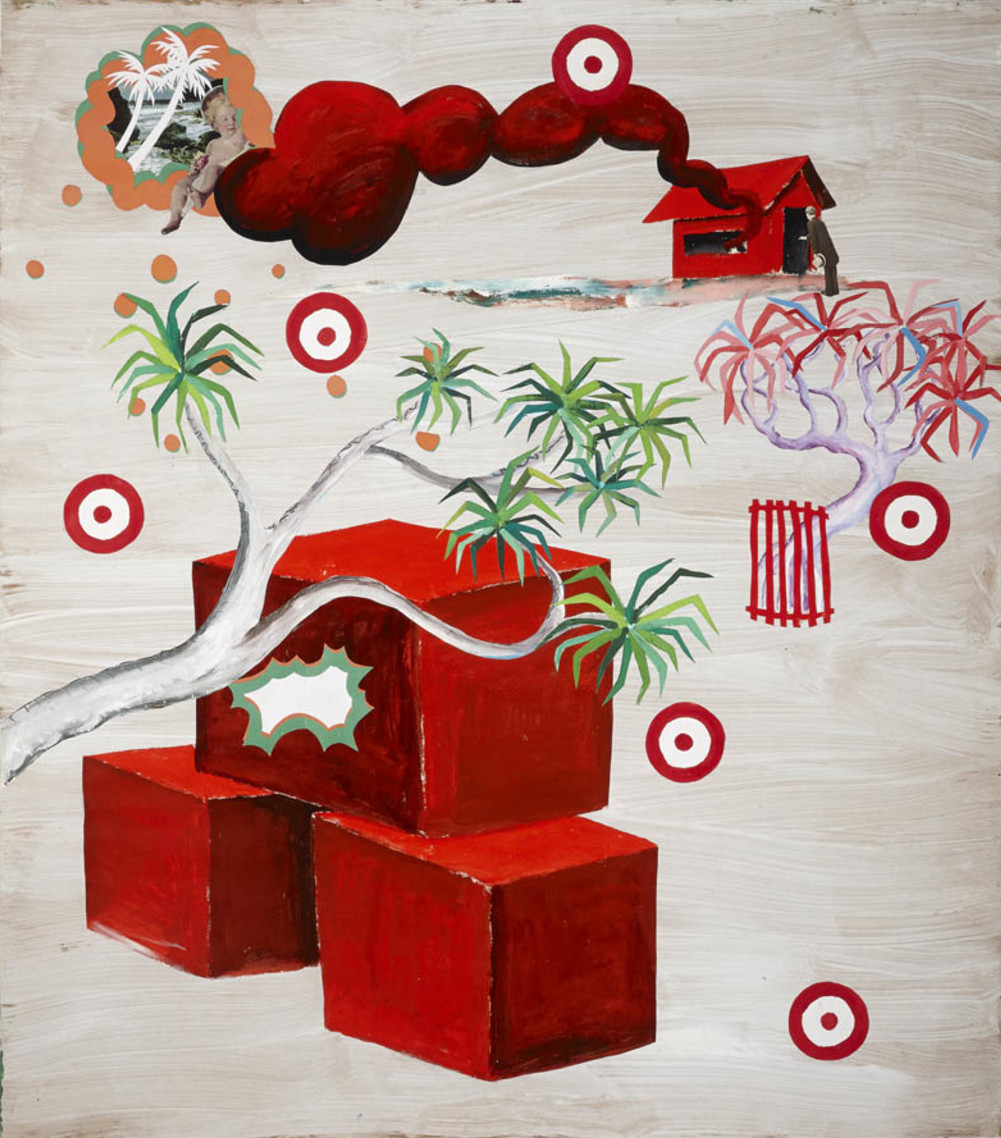 Influenced by these travels, queer and postcolonial themes manifest in the cross-cultural visual language of his work. Very much a product of the postmodern era, Juster fused the iconography of anthropological, ethnographic and postcard tourism with a style influenced by pop, punk, politics and psychadelia.

“Probably the biggest influence on my art practice would be Andy Warhol, Punk, the Cultural Revolution of Chairman Mao and, of course, Dada”, said Juster in the catalogue for Hung Drawn and Quartered: 25 Years. 25 Artists, curated by Lake with Jim Anderson at Tin Sheds in 2003, a year before Juster died.

Though his queer contemporaries include Peter Tully, David McDiarmid and Bill Morley, Juster's politically charged and playfully irreverent work made notable artistic contributions to a burgeoning gay subculture in the Australian art world – one that is only now fully being more widely recognised in contemporary Australian art history.