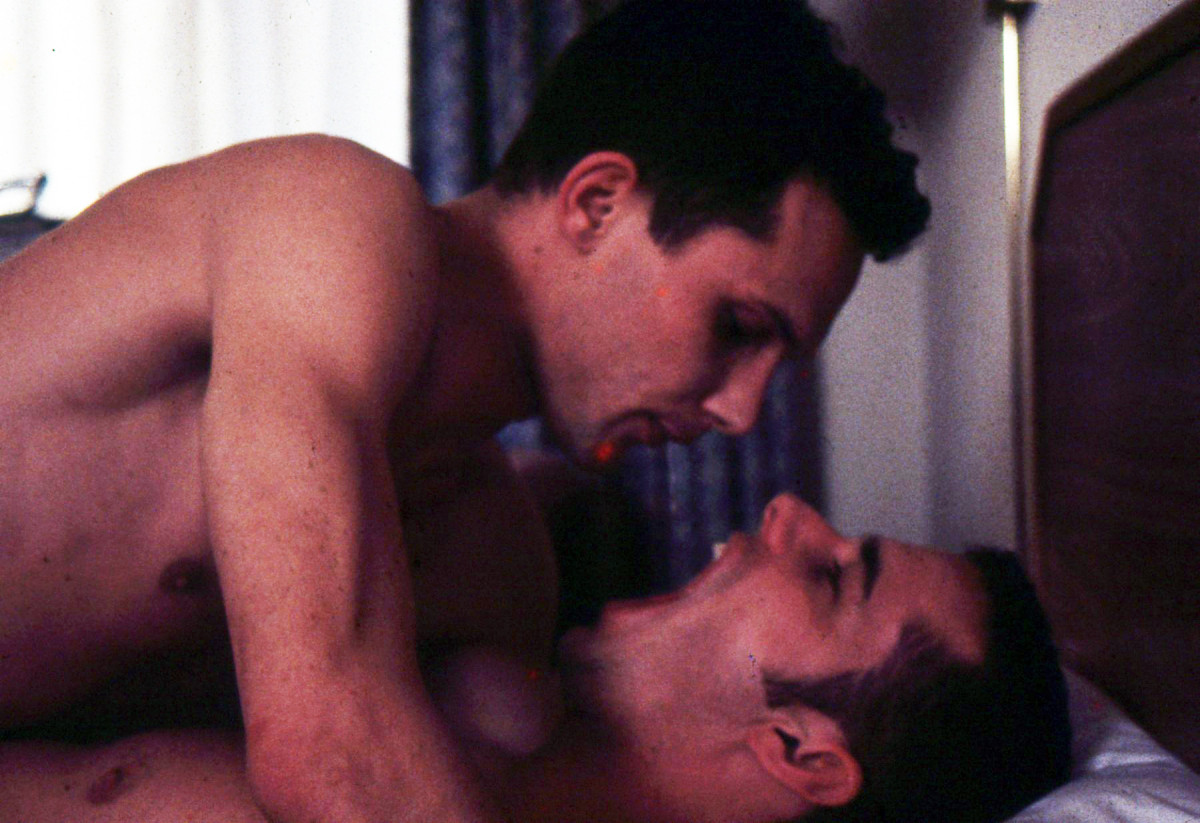 When Frisk first screened as the closing night film at the 19th San Francisco International Lesbian and Gay Film Festival in 1996, Todd Verow’s first feature film was greeted with a furious reaction. According to Barry Walters of the San Francisco Examiner, “At least half of Castro Theater’s 1,500 sold-out seats were abandoned as filmgoers left seething with anger, some even screaming at the screen.” On the audio commentary for the new DVD, Verow explains that after first reading Dennis Cooper’s notorious novel of the same name, he threw it across the room, similarly infuriated. But the sexually graphic bloodlust depicted in the book lingered long enough in Verow’s head to convince him to adapt it to film.

The hostile response recalled that for William Friedkin’s Cruising (1980), in which gay s/m practices were depicted as perverse, pathological, and criminal. As the documentary adaptation of The Celluloid Closet (1995) shows, by the time of Cruising‘s release queer audiences were tired of pervasive stereotypes of queers as killers and hairdressers. Hollywood movies repeatedly reinforced heterosexuality at the expense of gay and lesbian characters, whose individual psychoses were related their “pathological” sexuality.

But time and DVD releases tend to heal wounds. Cruising is now a curious piece of queer camp, and Frisk hardly warrants the spanking it got in 1996. To put it into context, Frisk came out during the wave of ’90s new queer cinema. According to B. Ruby Rich, these “were doing something new, renegotiating subjectivities, annexing whole genres, revising histories in their image.” Like Poison (1991), Swoon (1992), and The Living End (1992), Frisk does not pander to queer viewers’ demands for sexually and politically “appropriate” role models. Instead, it challenges stereotypes that conflate queerness with disorder and death.

For a time, Dennis’ addiction to describing such acts in letters appears to prevent him from fulfilling his desire to kill someone: he spends more time detailing the poetics of s/m than he does actually performing such acts. That is, until he teams up with serial killer couple Ferguson (Parker Posey) and Pete (James Lyons). Dennis’ confidence is spurred on in their presence. The threesome picks up a junkie hustler (Alexis Arquette), with whom they all fool around. Dennis wants to fuck him without a condom, and the hustler is too preoccupied with getting high to “give a shit.” In an attempt to arouse Dennis further, the hustler screams, “You’re fucking my dead body!”

It’s not hard to imagine why Frisk might have upset queer audiences. The scene where Dennis fucks the hustler without a rubber, then helps to slash him to red ribbons can be heavy going. But is the knee-jerk reaction we might have to such images the result of political correctness being so inextricably linked to AIDS, as if the depiction of unsafe sex be blamed for furthering the spread of AIDS?

Films about killers are supposed to be disturbing. Is it less disturbing if the killer in question is heterosexual? As soon as he’s gay, alarm bells go off the world over, because the image appears to “equate” homosexuality with criminality and blood. Frisk demonstrates that blood and violence in the age of AIDS represent something more specific than some abstract “evil,” but instead, amoral horrors, like infection and disease, along with perversion and madness.

Dennis narrates, “The detours around AIDS weren’t set up yet. A lot of guys my age were testing positive: sick, dead.” Frisk reveals that the cinematic imagery around AIDS also hadn’t yet been fully set up. And for that reason, the film invokes the crisis without ever really being a movie about AIDS. Unlike Christopher Ashley’s film Jeffrey (1995), Frisk never grants us easy answers as to how sexual practices — especially those fetishizing death — might be modified to eliminate risk. We never even know if any of the characters in Frisk are HIV positive.

The hostility directed at Frisk suggests that gay audiences, at least in 1996, expected gay filmmakers to make “safe” gay films. If this were true, depictions of s/m would become off-limits, because the performance of risk is central to such practices. By invoking the specter of AIDS in relation to s/m, Frisk might still be an uncomfortable experience for some viewers. But it shouldn’t be dismissed simply because of audience expectations, as these have surely changed since 1996. In retrospect, it is easier to acknowledge that the terms are more complicated than “negative” and “positive” portrayals, and that cinematic merit cannot be judged through the blind spots of political correctness.