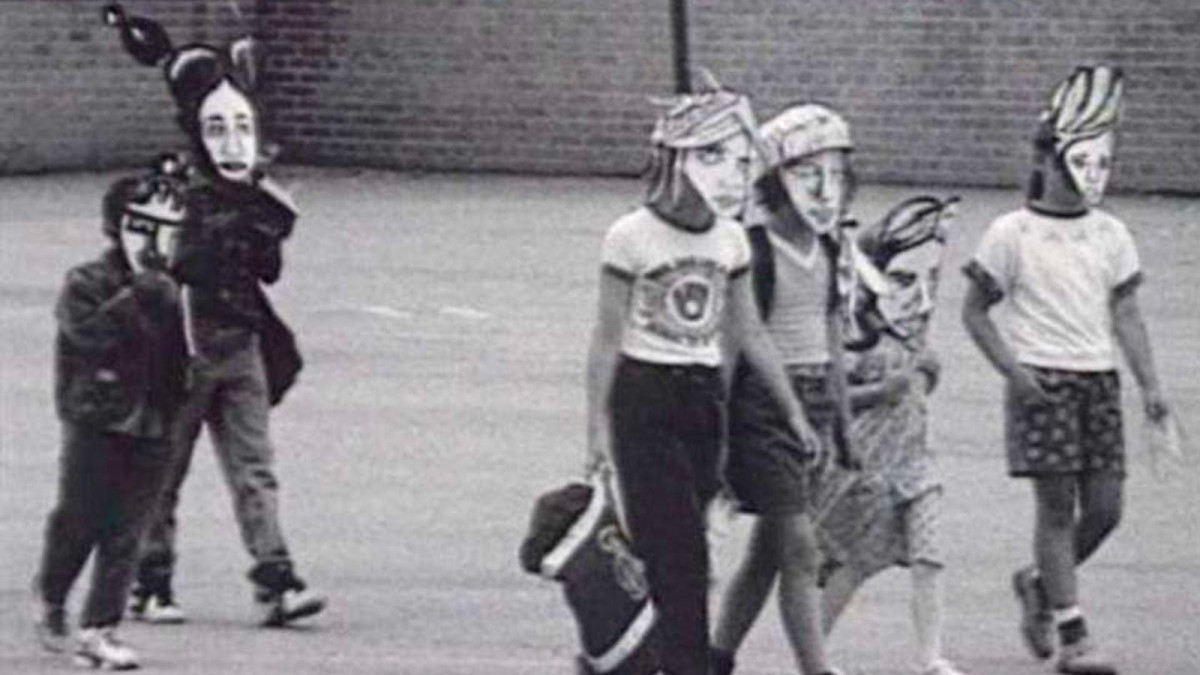 Sadie Benning is to New Queer Cinema what Andy Warhol was to Pop Art. Warhol's work traded identity for repetition, while Benning's cinema empties identity, replacing it with fragmented narratives of desire. At 15, Benning acquired a Fisher-Price toy camera, the PXL 2000, and now at 25, she has created a cinematic oeuvre that has won her awards, helped earn her Masters, and made filmmakers envious that the PXL 2000 is now extinct.

Flat is Beautiful is comprised of strangely monochromatic images, like Michael Almereyda's pixilated vampire flick Nadja (1995). The images float across· the screen like crudely enlarged photocopies. On an aesthetic level, pixelvision irons out the kaleidoscopic image, while on a narrative level, it conveys an alarming sense of psychological intimacy. The sound is slowed down, making their voices deep, their conversations stilted.

Flat is Beautiful charts the anxieties of adolescent Taylor (Sammy Steel) who, like her friends and family, has a cartoonish mask for a face. Taylor is starting to realise she can't be a tomboy forever – it just doesn't gel with menstruation. Taylor's relationship with her absent dad is played out over the phone. Her mother is addicted to televised therapy and says to their gay flatmate Quiggy, 'How am I supposed to deal with my inner child? I have my own child to deal with.' Quiggy thinks he'll never get laid, until one day a postman delivers more than just the 'male'.

Family interaction is feigned, providing a space for Taylor's queer sexuality to emerge. While this scenario smacks of Freudian slippages, Benning's dream-like aesthetic gives it credence. The kitschy mise-en-scene abets a sense of awkward childhood reverie, overriding psychological cliche. Taylor's fantasy world of rock stars and Atari computer games dominates, but it is the one toy that we don't see that really steals the film: the Fisher-Price PXL 2000.

Film review of Flat is Beautiful (Sadie Benning, 1999) for IF Magazine — then known as Independent Filmmakers.