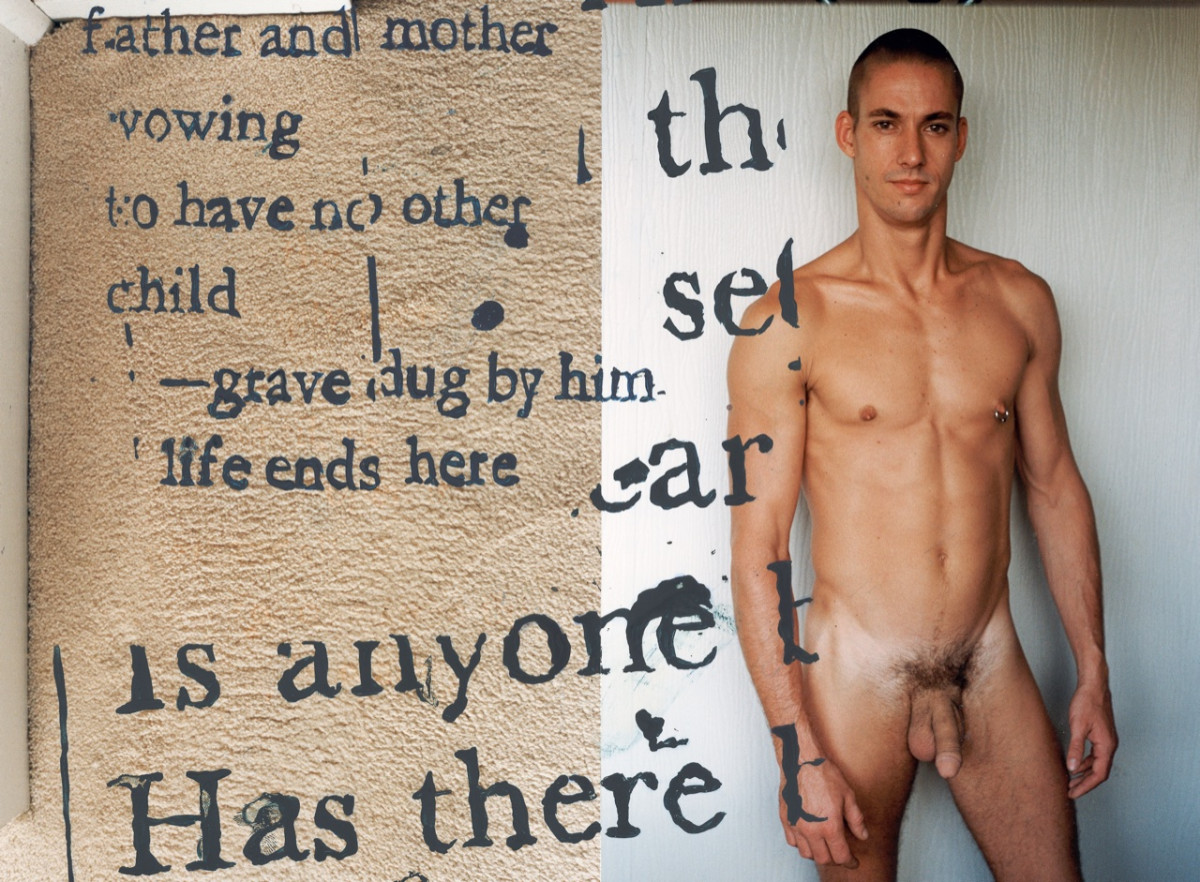 Treacle Sleep by Peter Maloney and Passage by Kaye Shumack and Simone Douglas queer Sydney's November art circuit. Maloney explores the queer body through the layering of word and image while Shumack and Douglas examines cultural otherness, from the outside looking in.

In Treacle Sleep, at Gitte Weise Gallery, Peter Maloney continues to investigate the body and its relationship to language. A male figure in butch drag struts naked for Maloney's lens. Words emerge on the surface of the work, revealing both the hand of the artist and the asymmetric relationship between image and text. In one work, Atemporal Simultaneity, a drag king squats beside a naked boy who mimics their pose. "Bad boys always know how to get me” is inscribed on the image, the typeface distorted and requiring closer inspection, inviting the viewer into the psychodrama of the image.

One series of almost monochromatic paintings include text used as imagery. The text overlaps, obscuring meaning and allowing for open interpretations. In the photographic work Stain, Maloney manipulates the image beyond original context. Maloney appears interested in objects that have been rendered empty through endless repetition and re-presentation.

Kaye Shumack and Simone Douglas also examine this process of re-contextualising images. In their dual show Passage at Gallery 4A, Shumack and Douglas document different aspects of China. Not unlike Shumack’s prior work that positioned the queer subject within the frame of Godard or Warhol, she again opts for a cinematic narrative, though the narrative is restricted to gesture alone. Shumack's subjects are anonymous and cropped at the waist, instead emphasising banal gestures such as the flick of a cigarette over cultural signifiers of identity.

Douglas also represents China through a fragmented gaze. Her subjects are represented as ambiguous hyperreal silhouettes. The outline of the image reads like a shadow, finished a blue rinse. But to investigate these images is to be frustrated by what they exclude. Like a series of film stills that do not belong to a film, both artists allow the viewer to choose their own adventures and establish their own points of narrative departure.

Invitation for Kaye Shumack and Simone Douglas' Passage at Gallery 4A, 1998