Reviews, Profiles
No. 5 is Alive
on Chanel No. 5 The Film 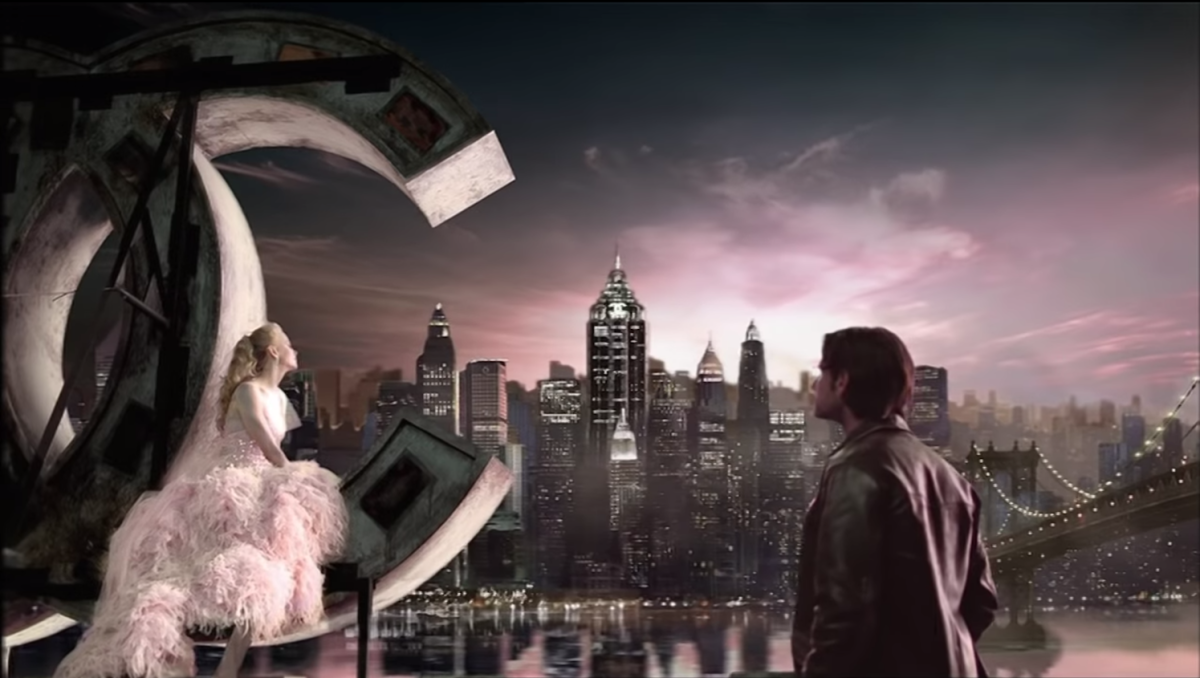 Pitching an idea to Chanel’s artistic director Jacques Helleu, Baz Luhrmann exhibits the sort of energy familiar from his feature films. Professing ignorance of what it takes to make an ad, he enthuses: “What I can make is a two-minute film, the trailer for a movie that has never actually been made, but in which [Chanel] No. 5 is the touchstone.” Helleu couldn’t be more chuffed. After all, he courted Luhrmann for the project based on the pizzazz of Moulin Rouge (2001). Luhrmann could have pitched piss and it would have been greeted as liquid gold.

The liquid here is Chanel No. 5, which has topped the fragrance charts for, like, ever. And the “trailer” is Chanel No. 5 The Film: Le Film du Film, a 30-minute “making of” short that explains the process of making this promo.

What we have here is not an ad, not a music video, and not really a film, because well, it’s just not. It can’t even count as a trailer, because while these often reveal substantial chunks of plot, they rarely compress the entire story into a linear sequence of events capped off with the plot-spoiling climax. And that is exactly what Luhrmann has done; he’s created a storyline “for a movie that has never actually been made,” and in just two minutes (three if you include credits).

The “film” offers what might be considered an appropriately spectral, if wholly passable plot. Beginning with the orchestral swell of Debussy’s Clair de Lune, the “most famous woman in the world” (Nicole Kidman) is in crisis on a city street because the paparazzi, with their strobing flash bulbs, may well be stealing her soul. With her pink-feathered Lagerfeld couture cascading behind her, she jumps into an occupied taxi, much to its male passenger’s luck. He (Rodrigo Santoro) happens to be a bohemian writer with no idea who she is (apparently, bohemians have no time for the ephemeral trappings of popular culture).

The couple repairs to his rooftop garret (complete with a spectacular light-encrusted Chanel billboard), where she experiences true happiness away from the nasty world of celebrity, money, and power. Her agent comes by to explain that she must face up to the responsibility that comes with fame. “No one can steal our dream, no one,” the famous one coos, before returning to her world. In her heart, she will always love him; he will always have memories of “her kiss, her smile, her perfume.” The camera cuts close to her black backless hourglass dress, where a dripping pendant made of 687 diamonds spells out “No. 5.”

The setting is a “mythological city.” Basically this is shorthand for a city that blends Sydney soundstage with Times Square brandscape and iconic Parisian rooftop garrets. Luhrmann claims in this film about an ad, “The idea of the rooftop garret is part of the ‘Red Curtain Cinema.’ What it refers to is a perfect abode, where poets used to live in the 19th century.” That he has the audacity to refer to his own work in the same vein as a film movement — think French New Wave Cinema, New Queer Cinema — is the ultimate in pretension. Especially considering that the end result lacks the daring originality of films responsible for spawning cinematic movements.

Considering this is a trailer for a nonexistent movie, you’d expect it to display some originality, rather than deriving so obviously from Moulin Rouge. A blueprint for the Chanel scenario can also be found in Notting Hill (1999), where a famous American star (Julia Roberts) escapes paparazzi with a naïve Brit (Hugh Grant) in tow. The only difference in the Chanel spot is the actors’ nationalities: Kidman is an Australian “legend” (apologies to Lauren Bacall), and Santoro is an actor famous in Brazil.

Even the idea of making images citing nonexistent films is unoriginal: Los Angeles Chicano art collective, Asco, started making “No-Movies” in the early ’70s, that is, film stills from make-believe films. And later that decade, Cindy Sherman began her Untitled Film Stills, a project where she posed in set-ups quoting from a series of movie clichés. One thing is for sure: Luhrmann has his finger on the postmodern impulse to recombine ideas specific to advertising, film, and art. The future of advertising may well adopt a more cinematic form, if advertisers can meet the multi-million dollar budgets.

Certainly, BMW was forward-thinking when, in 2001, it launched ads masquerading as short internet films directed by the likes of John Frankenheimer, Ang Lee, and Guy Ritchie. With Kidman’s pout adorning television screens for the next three years — an eternity in ad-land — Chanel may retain its place at the top, its relevance with younger consumers assured. Early in the Chanel featurette, some archive footage of Coco Chanel brilliantly makes the case for longevity, when she quotes poet Paul Valery: “A woman wearing no perfume has no future.” Did Luhrmann ever consider that a trailer without a film may find itself in the same ephemeral predicament?