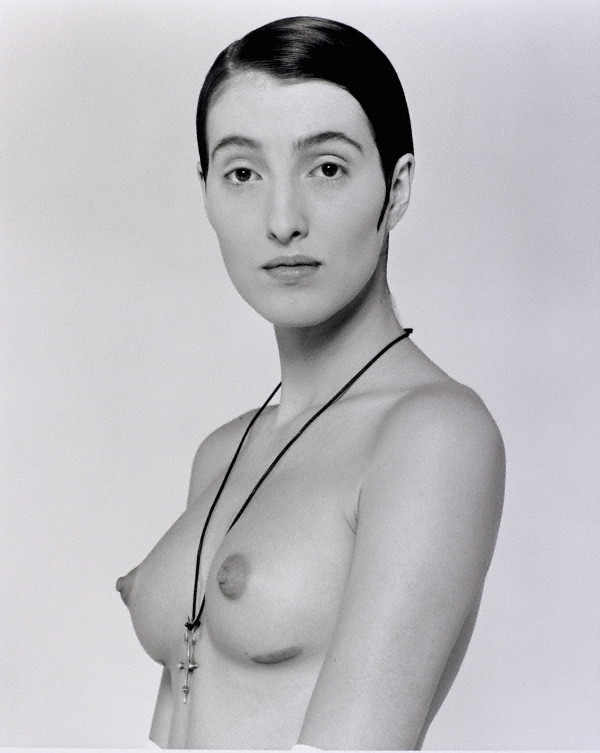 Modern Lovers is an exquisite collection of 60 gelatin silver photographs by Bettina Rheims. Drawing on aspects of fashion photography, Rheims has attempted to merge her subjects with the grey background, so that “it appeared that light would pass through their bodies”. While this transparency is achieved in most of the portraits, light often rests on the bodies, heightening their androgyny and divinity.

Before viewing Modern Lovers, I was sceptical that an artist could continue to represent androgyny when it is such a thing of the 80s. Pop culture icons like Annie Lennox, Adam Ant and Boy George defined androgyny in the 80s, imbuing it with an out-of-world theatricality. The difference here is that Rheims' subjects are not theatrical as they are performative. In other words, their bodies are riddled with signifiers of sex and gender that are incongruous and in effect, subvert normative ideals of sexuality.

Most of Rheims' subjects are naked, which reveals their sexual anatomy, while their faces and hairstyles suggest an altogether different gender identity. There isn't a great emphasis on garb, but it plays a distinct part in defining their identities because the use of garb does not always line up with their sexual identities. This strategy highlights the way in which drag is important to androgyny, and the way in which gender itself is a form of drag.

Modern Lovers is an exciting show that essays the condition of sexual identity in the late 20th century. The title is effective because it emphasises the modernity of the images, and the fact that sex and gender are malleable entities subject to reinvention, not unlike modernity itself.