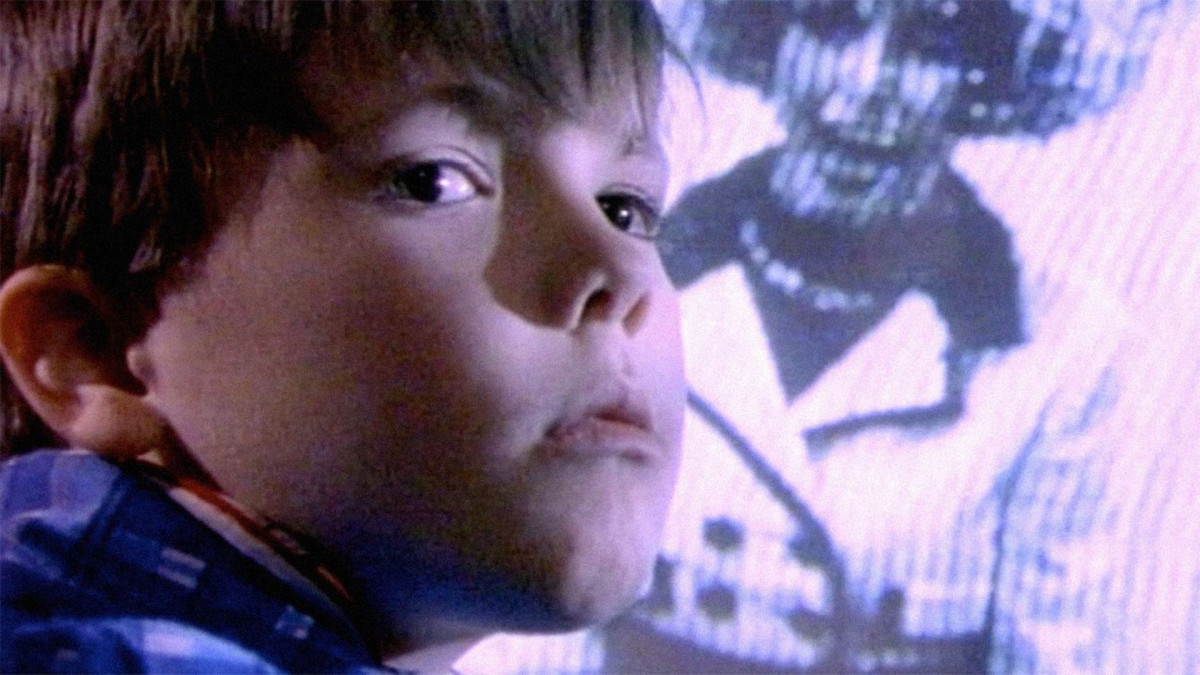 Spanking is a recurring theme in Todd Haynes’ early films. His suppressed outlaw short, Superstar: The Karen Carpenter Story (1987), features the repeated image of a doll being spanked during a hallucinatory scene when the eponymous pop icon — also played by a doll — struggles with anorexia. In Superstar, Haynes defines anorexia, mock-textbook-style, as the result of a “rigorous self-discipline” that sees the body reverting to a “pre-pubescent stage.” A doll being spanked thus forges an explicit link between the self-discipline of anorexia and its infantilized (or perhaps doll-like) characteristics.

Haynes fleshed out, in overtly sexualized fashion, ideas of infantilization and spanking in his follow-up feature Poison (1990). One of the three interwoven narratives, “Hero,” recounts the tale of young Richie Beacon, who seemingly invited regular beatings from kids at school. One boy explains that Richie play-acted at being naughty on the proviso that he be spanked. He says, “I totally spanked him, just to make him shut up.” Also spanked regularly at home by his father, a “weird” expression is detected on Richie’s face that made his mother feel “ashamed.”

Haynes fully realized themes of childhood and spanking in his 30-minute short Dottie Gets Spanked (1993). Commissioned by PBS subsidiary Independent Television Service three years after Poison, Dottie Gets Spanked marries Freud’s “A Child is Being Beaten” with Lucille Ball in a semi-autobiographical 1960s narrative about how shy six-year-old Steven Gale (Evan Bonifant) becomes privately fixated on spanking. The prohibition on spanking in Steven’s family — “we just don’t believe in hitting,” says his mom (Barbara Garrick) — contains an indefatigable pull on his imagination, figuring regularly in his vividly theatrical dreams.

Framing Steven’s spanking fantasies is his obsession with Lucy-like tv personality Dottie Frank (Julie Halston). Steven sits close to the tv screen, drawing his idol in lovingly rendered crayon, much to mom’s naïve delight and the growing jock-like concern of Dad (Robert Pall). At school Steven eavesdrops as three “mean girl” prototypes discuss “all things Dottie.” When they mistake “Dottie’s” hair as real, Steven pipes up knowingly: “In The Dottie Show she wears a wig; in true life she is really a brunette.” Such specialized Dottie expertise (and that a six-year-old prefers saying “brunette” to “brown”) makes Steven a sissy boy at school. One of the same three girls says insultingly, “My sister says you’re a feminino.”

Steven’s Dottie fandom is sealed when he wins a magazine competition to visit the set of The Dottie Show during an episode taping. Having sent in the entry form, Steven’s mom is delighted to accompany him, but his father is not impressed. Steven initially pleaded with his father to mail in the form; “Daddy will you mail this?” His father’s refusal to do so enforces a normative maleness in reaction to Steven’s girlish interests. After winning the competition, Steven’s father offers silent support by doing his hair for him, which is ironic considering a sissy focus is placed on Dottie’s hair/wig in his drawings.

Upon meeting his idol (sans wig), Steven presents her with his Dottie-inspired drawings. Haynes explains in the commentary track that during his own 1960s childhood he met his own idol, Lucille Ball, in similar circumstances. Whatever drawings Haynes didn’t give Lucy at the time were used as primary source material for Steven’s drawings of Dottie. Like Steven, little Haynes inhabited a world dominated by his obsessions with female stars, and was even (somewhat ironically) questioned about his limited gender palette: “Why do you only draw pictures of women? Are you bad at men?”

But watching Dottie’s televisual character come to life in the studio, Steven witnesses a shattering of her passive and infantilized screen persona because of her bossy diva antics. When her co-star Dick Gordon (Adam Arkin) finally spanks Dottie as part of a scene rehearsal, she usurps control by interrupting with directorial advice, while Steven watches wide-eyed with the rest of the studio audience. Transforming from passive to active in Steven’s liminal imagination, Dottie takes on meanings associated with discipline and punishment, but gets a spanking nonetheless. A “bottom” invested with all the power on set, Dottie figures in Steven’s dreams thereafter as a terrifying masculine force, one that arouses a sexual awakening he doesn’t fully comprehend.

Accompanying Dottie Gets Spanked as a DVD extra (though it stands on its own merit) is Mary Hestand’s He Was Once (1989). In addition to playing one of the characters, Haynes produced Hestand’s rarely seen short with Christine Vachon and Barry Ellsworth (when they were part of Apparatus Productions in the ’80s). Like Dottie Gets Spanked, He Was Once interweaves adult and childhood themes, and even contains a scene where one of the characters is spanked.

Based on Davey and Goliath, the claymation series from the ’60s, He Was Once features actors cast in lieu of molded figures; adults play the unaffected children and children play the morally mean-spirited adults. The characters’ mouths do not sync with their voices and their ears are flap-like plasticine attachments that refer to the style of animation being parodied. Episodic in structure, the plot is based around Davey (Todd Adams), his dog Goliath (played by a footstool!), and friends Randy (Haynes) and Shirley (Melissa Gardner) meeting a bear in the street. His parents refuse to believe he saw such a thing, and he gets a spanking from his father (Salvador Barone) for allegedly telling fibs.

At 16 minutes, He Was Once is one of the strangest shorts I’ve seen. Comparable to Sadie Benning’s MTV-produced The Judy Spots (1995) in the way it furnishes a kiddie aesthetic with a queer sensibility, Hestand’s film critiques the religious overtones of its animated predecessor (episode titles include “The Prodigal Supper,” “Revelations,” and “Sins of the Fathers”). Its production design is garishly cheesy, recalling the over-ripe camp of John Waters’ Mortville set in Desperate Living (1977). Bizarre dream and spanking scenarios aside, Dottie Gets Spanked and He Was Once work as a package combo because they contextualize (or cash in on) and foretell the artfully designed surfaces and off-kilter universes of Haynes’ later successes.

Film review of Dottie Gets Spanked (Todd Haynes, 1993) for PopMatters.