Reviews, Profiles
Family Plot
on Wilbur Wants to Kill Himself 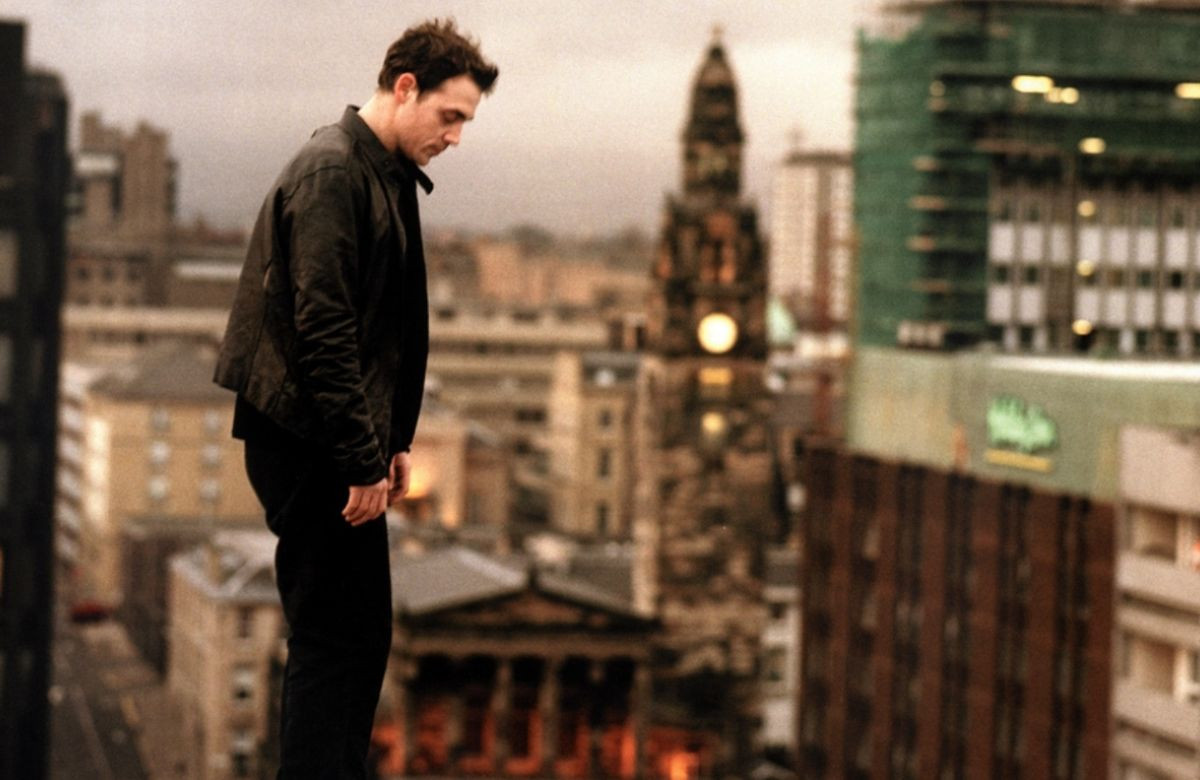 In the opening sequence of Wilbur Wants to Kill Himself [released as Wilbur in the U.S.], the titular character (Jamie Sives) downs a bottle of pills and attempts a “Sylvia Plath” with the gas oven. Wilbur’s older brother Harbour (Adrian Rawlins) comes to the rescue just in time, as he’s done many times before. If surviving isn’t humiliating enough, Wilbur is subsequently subjected to group therapy sessions with other suicide addicts. Wilbur sits, disaffected, and belligerent. The therapist, Moira (Julia Davis), asks him, “What do you think would happen in a broad sociological sense if we went around killing ourselves?” He replies dryly, “There’d be no group.”

This delightful little joke sets up the film’s bittersweet tone. In their very different ways, Glaswegian brothers, Harbour and Wilbur, are trying to come to terms with the recent death of their father, which recalls the loss of their mother some years before. Harbour runs the dusty little book exchange they’ve inherited from their parents. The parents’ last wish was to be buried together on a hillside grave, so they could overlook the bookstore from the afterlife; little did Wilbur and Harbour realize their parents would remain such a pervasive presence. Wilbur’s obsession with killing himself is intensified by his grief, while Harbour manages his by dutifully working at the bookshop. Even so, Wilbur’s suicidal tendencies are never fully explained, offering the viewer no clue as to whether it has been a longstanding obsession or a more recent desire to check himself into the family plot.

As a result of the gas oven incident, Wilbur is forced to check out of his council flat for putting other residents at risk. Dr. Horst (Mads Mikkelsen), the senior psychologist at the hospital, advises Harbour that Wilbur should move back to the family home adjoining the bookstore. To protect his “wee” brother from himself, Harbour clears all sharp objects and pharmaceuticals from his path.

At the same time, single mom Alice (Shirley Henderson) works at the hospital as a cleaner. In her spare time, she visits the book exchange to flirt with Harbour and sell books stolen from the hospital. Alice has amassed £4000 for her 10-year-old daughter Mary (Lisa McKinlay) to spend on “a rainy day” (ironically, Glasgow always appears on the verge of rain). When Wilbur tries to hang himself instead of minding the store, Alice intervenes and in that moment, she becomes his tenuous connection to life; a wordless bond forms between them.

Saving Wilbur’s life makes Alice late for work again, and she’s sacked. Jobless and lonely, Alice visits the bookstore to confess that her source of books and income has dried up. Harbour comforts her, declares her job was crap, and that she’d be better off finding a husband. They consummate their mutual affection with a hug, and in that wordless moment, we know that Alice has found her spouse. The next scene jumps to Alice and Harbour’s wedding reception, brought to a sudden halt when Wilbur is found in the bath, having slashed his wrists. Harbour assumes he’s already dead, but Alice stops the bleeding and calls for an ambulance. Having now saved Wilbur’s life on two occasions, Alice finds herself increasingly embroiled in his psychoses.

It’s not nearly as depressing as it sounds. Danish director Lone Scherfig, whose previous film was the Dogma-certified Italian for Beginners (2000), is an expert at balancing melodrama and comedy. With Wilbur, Scherfig denounces Dogma’s “Vow of Chastity” for glossier production values and extra-diegetic excesses like score music by Joachim Holbek. Scherfig never allows Wilbur to become immersed in the drama of its themes, but instead, deploys restraint and understatement.

Scherfig’s original title, Wilbur Wants to Kill Himself, spells out this matter-of-factness clearly. But distributors in the U.K. and U.S. feared potential audiences would steer clear of its negative connotations, shortening it to Wilbur. In an interview for the Australian newspaper, The Age, actor Jamie Sives muses, “Die Hard wouldn’t be the same if it was just called John, would it? [Wilbur Wants to Kill Himself is] a great title. But I think sometimes if you do a bleak story, you give it a cheery title to get people into cinemas. So if you give it a bleak title, it must mean it’s cheery.”

Sives makes a valid point, but the shortened title is devoid of either “bleak” or “cheery” connotations. It now appears as if the film belongs solely to Wilbur, when in fact it is as much Harbour and Alice’s story. Even young Mary, caught up in a world of dysfunctional adults, is compelling; though she’s wise beyond her years, she never succumbs to Dakota Fanning-like precociousness.

“Harbour” might be a more fitting title, if the film must be so simplistically named. While Wilbur is a strong character, excellently portrayed by relative newcomer Sives, Harbour is the calming center of this extended family. Harbour’s unconditional love offers Wilbur and Alice safety, masking his own deep-seated insecurities. Mary declares in one of the more poignant moments that he is her safe security, that she is a ship to his lighthouse.

Film review of Wilbur Wants to Kill Himself (Lone Scherfig, 2002) for PopMatters.