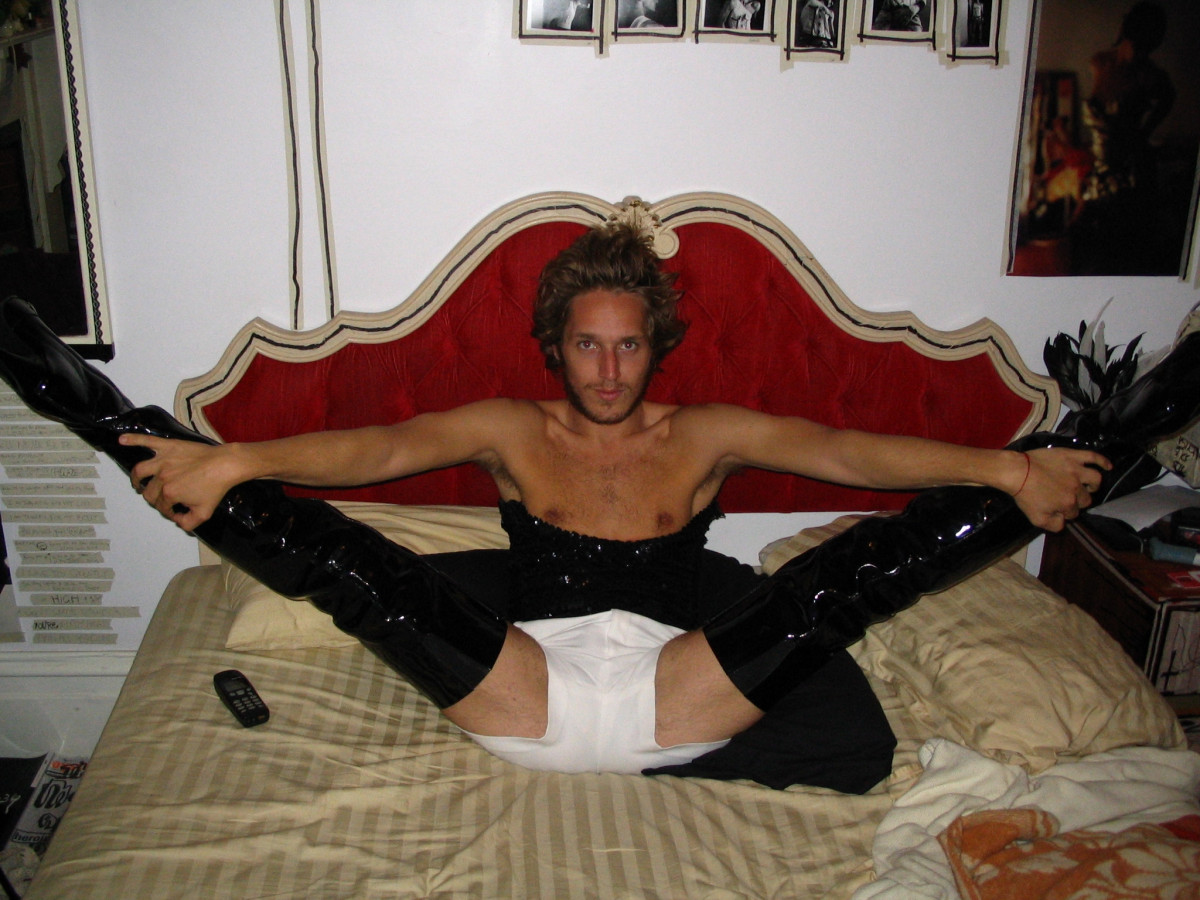 In the early 1990s "queer" traded its slanderous origins for some limelight as a legit identity claim. One of the great promises of queer, at this time, was that it reinvented concepts of transgression, subversion, playfulness, and pleasure. Before it met its syndicated match in "folk", queer was as queer as fuck.

At its transgressive best, queer glowed like radium ready to contaminate a dominant culture that invented the term as an insult. Queer was a new dress code for a generation simply bored with having to conform to a dress code.

Lately, queer is just another reality television concept with no sense of realness. Queer Eye For the Straight Guy says more about the way metrosexuality is designed overnight than it does about the so-called "eye" of queer. In this sense, queerness is nothing more than flashy product placement parading itself as designer expertise. How did such a limited dress code come to be attached to queer? It seems in the new millennium, queer has been subsumed by metrosexuality — a term riddled with straight anxieties about claiming a corner on queer style, as if queer is inherently about style and nothing else.

With Dress Code I selected five artists (including an artist group) whose practice negotiates these themes, asking them to make new work that challenges and investigate notions of queer style, fashion, dress and drag.

Such themes of course imply a consideration of the body. Ron Adams explores body image in his painting Obvious and Outstanding (Like Bucked Teeth) (2005). With a growing reputation for his experiments with abstraction, Adams' new work introduces textual components in an attempt to convey the hardship associated with suffering your body image. The trauma of being stuck with an unattractive appearance is emphasised over the current cultural obsession with surgical solutions. The body is absent at the expense of text, showing how bodies are in themselves texts read and performed.

Text is also important for TextaQueen. So are textas. In her ongoing series of Textanudes, TextaQueen portray a cavalcade of nude women (and the occasional man) in intimate settings. Reviving the undervalued texta pen, TextaQueen's drawings blend cartoonish childhood fantasies with a more adult, sexually charged milieu. Her dress-up performance persona as kind of texta warrior enhances the comic nature of a body of work noted more for its nudity than its garb.

George Tillianakis also negotiates states of undress in his video performance works. With personas that tread a tightrope between narcissism and self-loathing, his recent performances critique an over-identification with abject celebrity burnouts like Courtney Love. In his new video When I was a Stripper (2005) Tillianakis performs his stripteasing moves in front of a bedroom mirror that literally splits his body and identity down the middle.

Being a stripper for Tillianakis is pure rehearsal — a fantasy rendered spectacle in the realm of the domestic. In contrast, Liam Benson casts himself as a showgirl obsessed with the over-ripe and very public dress codes of drag subcultures. With strapped-on anatomy and costuming handmade from feathers and beads, Benson's work overturns familiar drag conventions and often reveals aspects of his everyday identity as a sissyboy from western Sydney.

Showgirls of a different kind, The Kingpins play dress-ups with garb stolen from various time capsules of pop culture testosterone. Técha Noble, Emma Price, Katie Price and Angelica Mesiti formed The Kingpins in 2000, and have since been lip-synching and formation dancing their own witty brand of drag king mayhem. Their "music videos", performances and merchandising doesn't so much problematise masculinity as totally take the piss, sampling bling bling aesthetics here and remixing cock rock stylings there. In Welcome to the Jingle (2003) The Kingpins shake their lime green booty in Starbucks, while their "live" Sydney Drag King performances grab hold of what it means to take to the stage and Starfuck.

The Kingpins, installation for Dress Code, 2005

Published by MOP Projects in 2005.