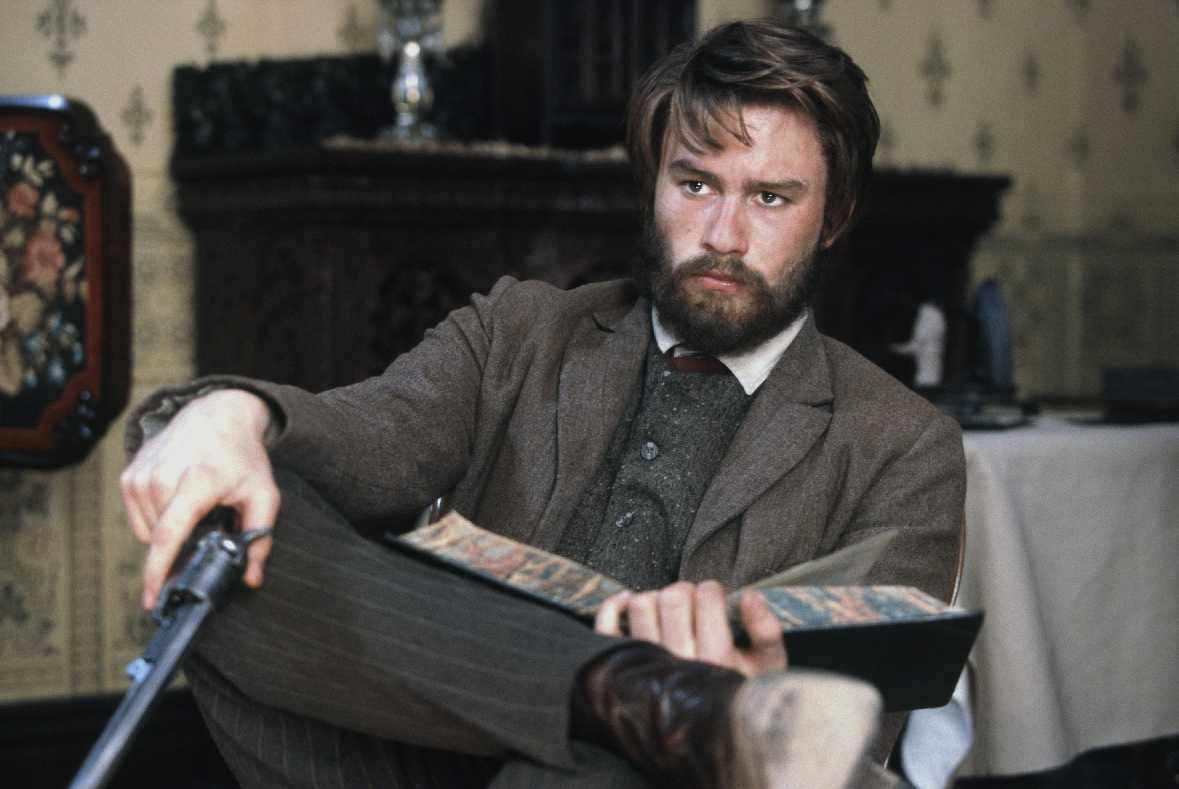 In his book Australian National Cinema (Routledge, 1996), Tom O’Regan claims that the Western genre is one of Australia’s strongest contributions to “the entire history of cinema.” O’Regan bases his claim on various Australian films from the early 20th century about Ned Kelly, the real life late 19th century Irish Australian “bushranging” outlaw.

In Australia, a bushranger is a bandit who hides in the bush, robbing people at gunpoint. Ned Kelly was the most infamous and charismatic bushranger Australia had ever seen, primarily because he was perceived to have been wrongly accused of criminal activity by a corrupt police system that were noted for oppressing poor immigrants. The Story of the Kelly Gang (1906) initiated the Australian craze to depict Ned Kelly as a romanticized freedom fighting hero, only to find itself banned in the state of New South Wales for fear that it would inspire criminal activity. Four subsequent films on the infamous national icon surfaced throughout the 20th century, culminating in 1970 with Tony Richardson’s Ned Kelly starring Mick Jagger.

In the latest screen incarnation, Ned (Heath Ledger) is established in his voice-over as an honest and thoughtful man-child struggling to support a large family after to his father’s death some years before. Director Gregor Jordan sets the scene in 1871 when Ned had his first run-in with the law. Ned rides into town on a horse found in the bush, planning to return it to its rightful owner. But the police are immediately suspicious and their accusatory tone sparks Ned’s rage. Fisticuffs ensue and he is imprisoned for “stealing” the horse.

Two years later, Ned is released and resumes his post as head of the family. He makes money as a street-fighting boxer whose chiseled cheekbones easily withstand permanent damage. Before too long, Ned meets beautiful Englishwoman Julia (Naomi Watts) and picks up some legitimate work as a farmhand. Their first encounter occurs quite by accident when Ned notices Julia struggling to rein in an irritable horse. “Would you mind coming and holding my horse’s thing?” she asks. Julia’s animal has developed serious bladder and penis problems, establishing a sexual tension between Julia and Ned the phallic hero. Any ongoing romance between the two, however, is ultimately quashed, as Julia is married — unhappily but by her own accord — to a wealthy landowner.

Ned’s desirability is not lost on the rest of the town either. While at the local bar, Ned dances up a storm and an on looking police officer exclaims how he’d like to “take him down a peg or two” because he “acts like he owns the town.” And indeed he does own the town because later that night Ned visits Julia and, for one night only, she succumbs to his sexual allure. While this is going on, the embittered cop turns up drunk at the Kelly house in an attempt to win the affections of Ned’s sister. His advances are rebuffed, things get quite violent, and he leaves defeated. The cop seeks petty revenge by accusing Ned and his mother Ellen (Kris McQuade) of attempted murder, even though Ned hadn’t been home.

Ned is forced to go underground to avoid being arrested again and his mother is jailed. Now that he is truly “a widow’s son outlawed,” Ned forms the Kelly Gang with his best friend Joe Byrne (Orlando Bloom) and his brother Dan (Laurence Kinlan). Early one morning, the Kelly Gang stumbles upon some police officers who have set up camp in their search to find Ned. Ultimately, all three cops are shot in “self-defense,” making Ned the most wanted man alive. A reward of £8,000 for his capture is posted; the largest amount of reward money the world had ever seen. In need of cash themselves, the Kelly Gang take to robbing banks to survive and in the process recovering land deeds that had been unjustly held from poor immigrants by the banks. Ned might have been a criminal in the eyes of the law, but to working class Australians he was a hero wrongly accused.

If you are familiar at all with the legend, you can anticipate that the rest of the film will be bullet-holed by the excesses of myth. Certainly, the film’s conventional narrative structure — complete with epic showdown, sweeping musical score and enough pathos to choke a kangaroo — befits the legend’s contribution to the western genre in greater measure than it serves the sway of historical accuracy.

Even Gregor Jordan admits in a featurette on the DVD that his film is not definitive. “It’s an interpretation and what I hope is that people will see the film and that it will spark an interest and inspire them to make up their own mind about who the guy was.” The featurette, Ned Kelly: Cultural Icon, outlines the legend’s impact on Australian culture through interviews with noted Kelly scholars, footage from previous screen adaptations, and an inventory of the remaining artifacts and ongoing merchandising related to the “icon.” The featurette also reveals how an insatiable desire to place Kelly center stage within broader socio-cultural conceptions of Australian nationhood has been a main motivation behind the enduring fascination.

Jordan’s film, based on Robert Drewe’s book Our Sunshine (2002), fails to add any fresh insights into the, dare I say, tiresome story. It’s as if Jordan was more intent on securing a wider international audience and awareness of Ned than offering an inspired “interpretation.” (The inclusion of Kelly clones at the 2000 Sydney Olympics opening ceremony already alerted the world to his ongoing presence in Australian culture.)

Judging by the iconoclastic nature of the Ned Kelly legend, it would be difficult for any actor to live up to the myth. Adequate performances are ultimately overshadowed by the air of importance firmly imprinted on the Kelly legend. By far the most iconic Kelly artifact on and off screen is the bucket-shaped helmet worn during his final showdown with the police. A more telling one not referred to in the film is the death mask made from a mold of Ned’s face. The death mask (which is only referred to in the featurette) was produced after his death for the phrenological purpose of determining criminality based on the characteristics of the head.

Located in the Old Melbourne Gaol, the death mask is an apt metaphor for the way Kelly has been endlessly dissected and interpreted in Australian culture. Australians can’t seem to get enough of the honest working class hero whose criminality was born out of injustice. Surely it’s not a trope unfamiliar to American audiences bred on the likes of Jesse James, John Dillinger, Pretty Boy Floyd, and Babyface Nelson.

Even though death mask analysis is no longer a scientifically valid way of studying the etiology of criminal behavior, at least it was a creative way of accounting for it. For this reason, Jordan may have benefited from taking a more phrenological approach to Ned’s character. Sadly, Ned Kelly lacks creative grit and never rises above its stock western stereotypes. Perhaps Jordan was confusing the word “interpretation” for “remake.”