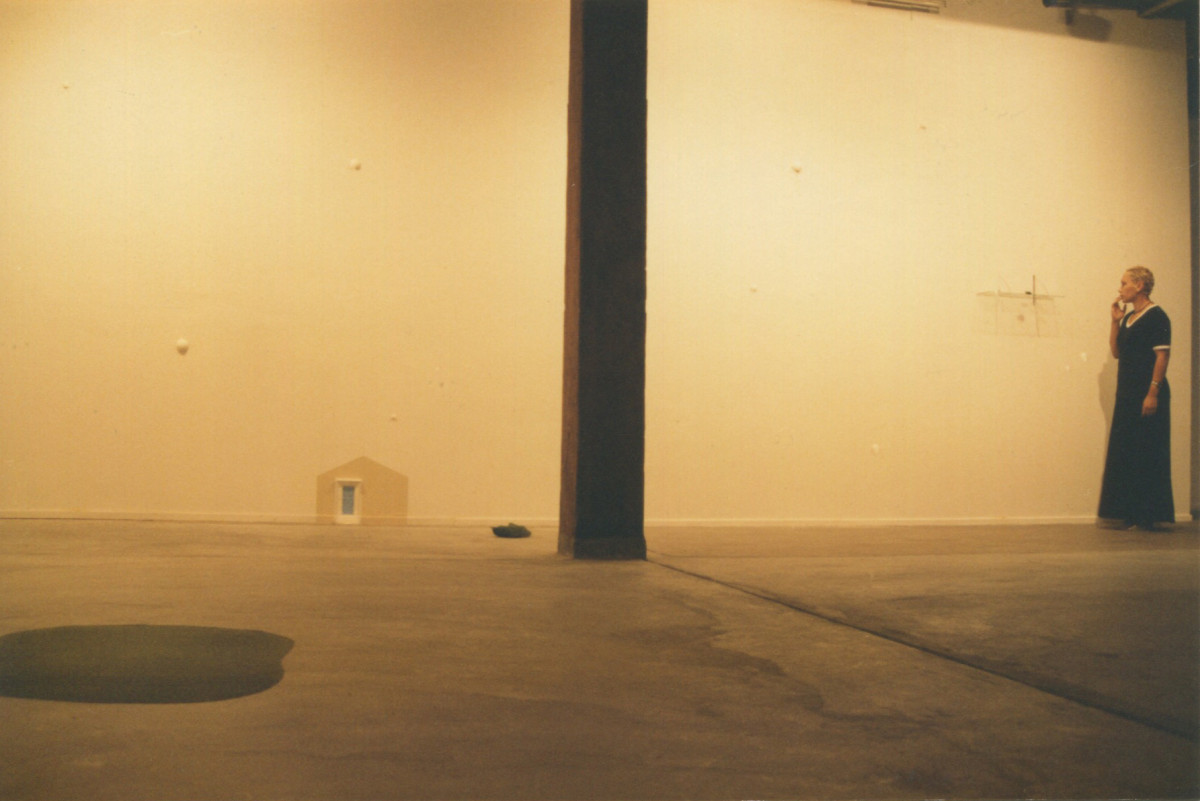 Scale is an ambiguous word. It can refer at will to a plethora of things: the body’s skin can be plagued by scales, like a reptile or a bug. Along with its musical and astrological connotations, scale also refers to perception and the way we view ourselves and the things or people that exist around us. A scale also measures weight. If a scale refers to how things are perceived and how things are weighed, the sense of vision is privileged as the ‘instrument’ that both perceives and measures scale.

Erna Lilje’s work is preoccupied with scale and proportion. Her installations are miniature displays that are easy to miss. Only when a viewer engages with these tiny spaces can the tensions that Lilje produces between scale and proportion be understood or questioned. The scale between the objects is distorted to the point that tiny sheep graze alongside huge and imposing bugs. These objects remain still, pinned-down and encased as if they are objectified by the authoritative concerns of biology or chemistry exhibits. Lilje presents her work with a scrupulous and anal concern for detail. She has admitted that her recent exhibit at Sarah Cottier Gallery (Road to Love, 1996) took six hours to construct. It was a tiny work that could easily be missed because of its visual insignificance.

I do not mean to say that her work is insignificant. Quite the contrary, Lilje’s careful artisanship sets up a very clear sense of boundary between ‘us’ and ‘them’. In other words, Lilje’s installations are not interactive, they are too precious and fragile to be touched by a viewer. Her work is objectified like a museum exhibit and only Lilje can ‘play God’ with her work. Lilje provides her own idiosyncratic narratives that both critique and parody the didactic voice of the museum display. Lilje’s work is subtle and unobtrusive. The scale is intentionally incoherent, while all proportion is carefully considered so that a clearly constructed relationship between her objects can emerge.

Published by Western Sydney University in 1996.