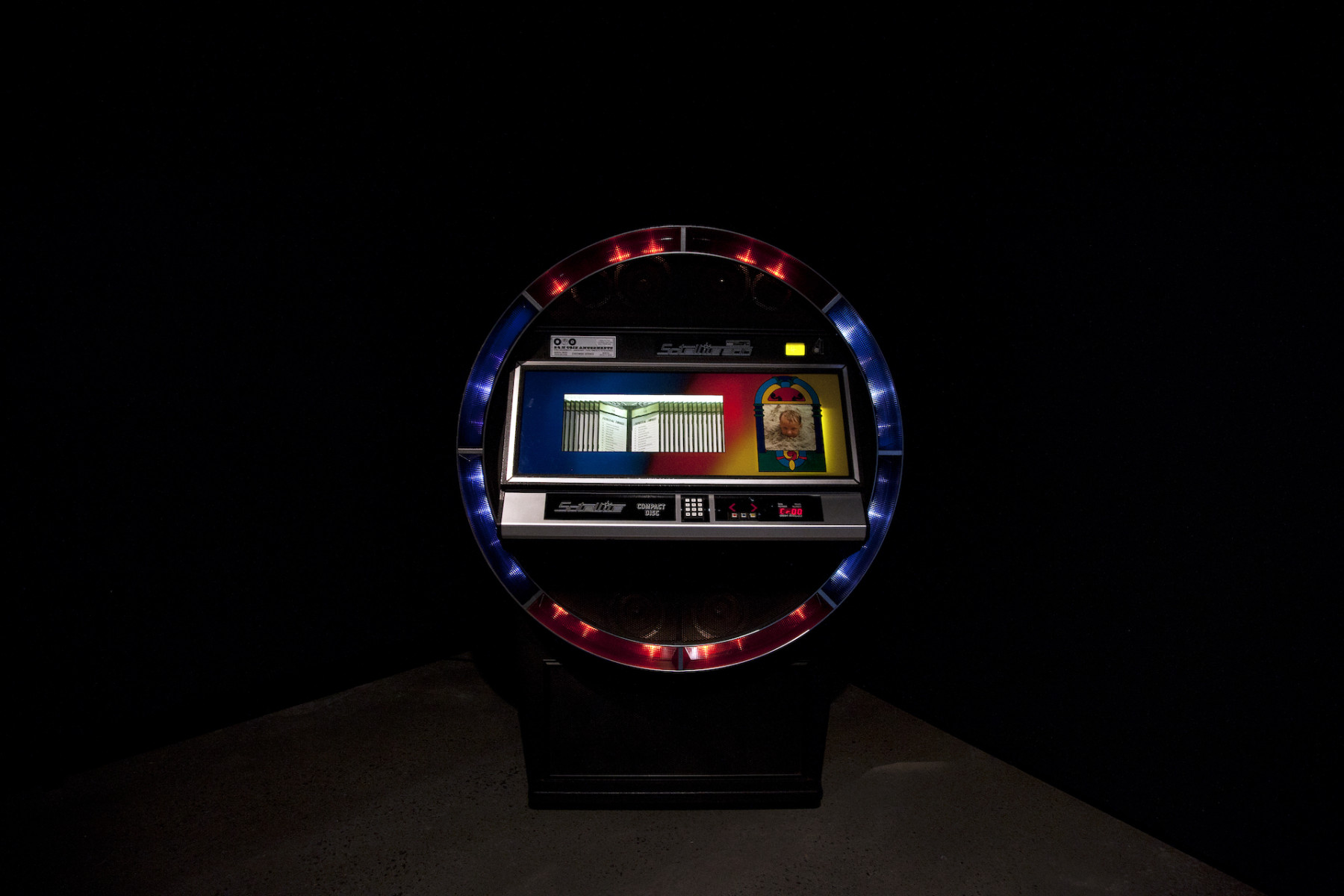 Funeral Songs at Mona, 2012
Photo: Rémi Chauvin
What song do you want played at your funeral?

Daniel Mudie Cunningham started asking that question of artists and artworkers for Funeral Songs at MOP Projects in 2007 and then when he restaged and expanded the project at the Museum of Old and New Art, as part of MOFO Festival in 2012. Over 500 people answered it in all manner of ways that ranged from the profound to the playful. Some of the songs selected deliberately tug at the heartstrings, while others make you want to drop everything and dance.

The idea for Funeral Songs is based in personal experience. Weeks before the artist’s brother unexpectedly died in January 2001, he’d mentioned what song should be played at his funeral. Amid the grief, the song choice was forgotten. Now recalled several years later, the song features in this curated readymade archive of music you can live or die to.

Museum of Old and New Art 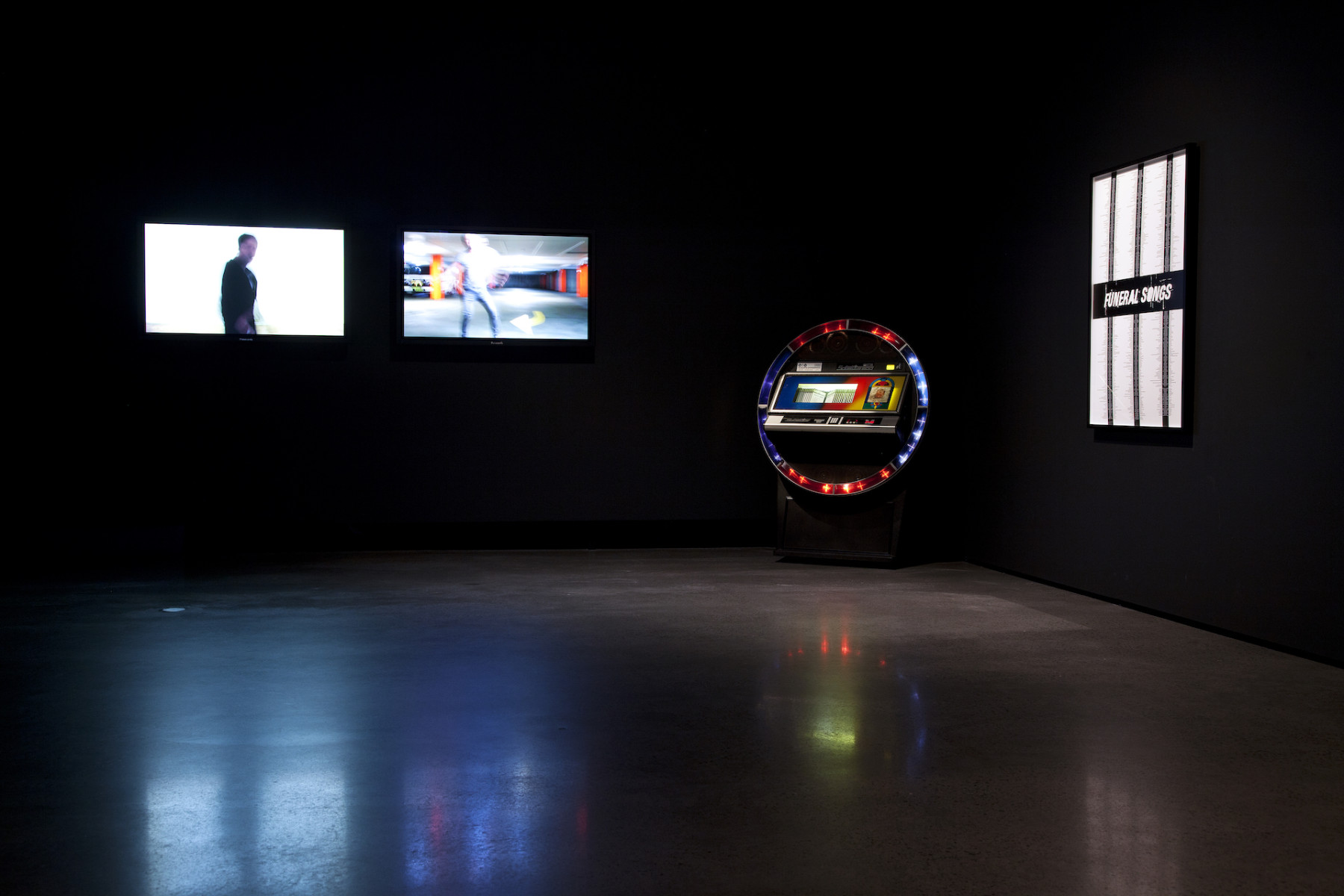 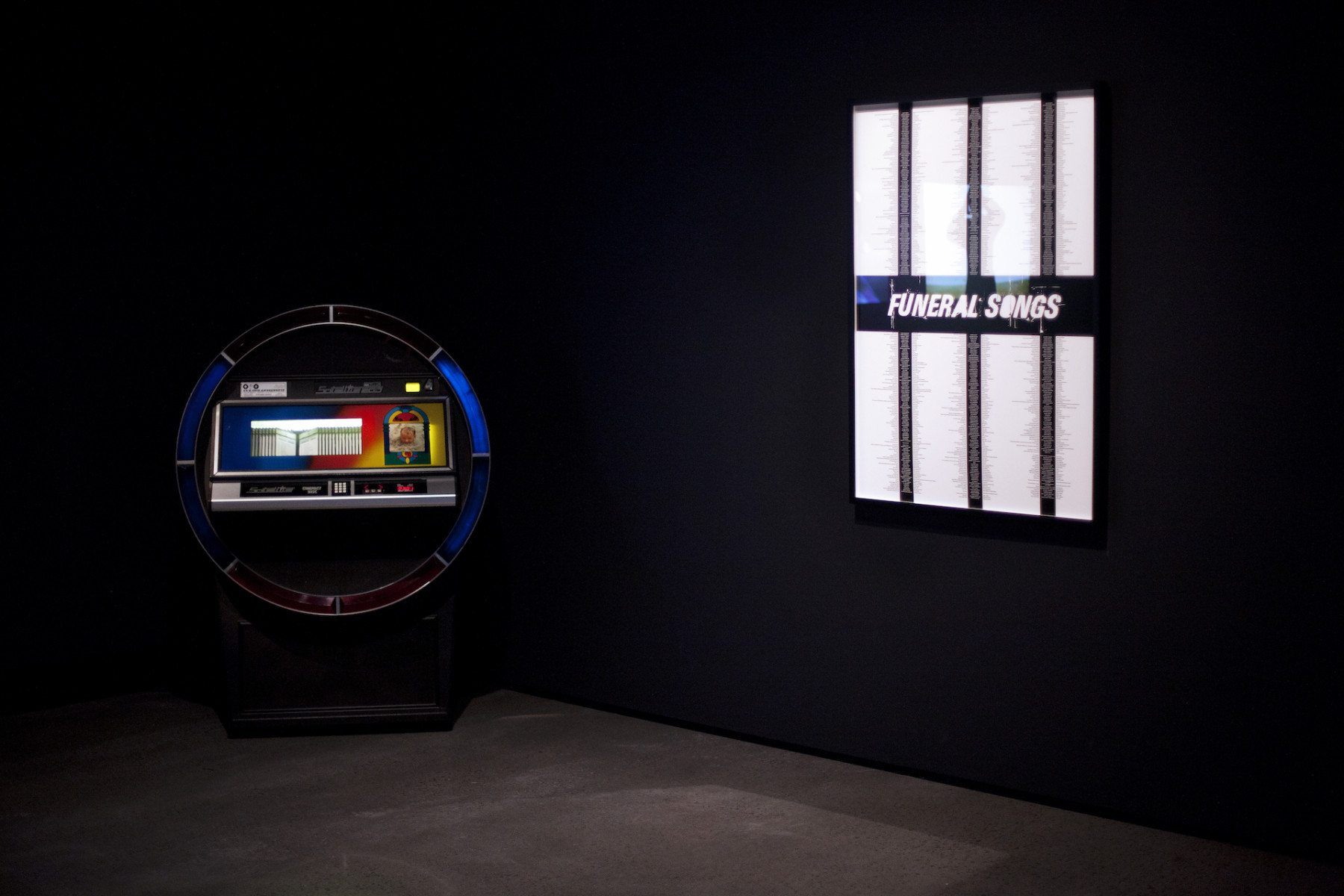